Explained: The Significance Of India’s First Multi-Modal Logistics Park Coming Up In Assam 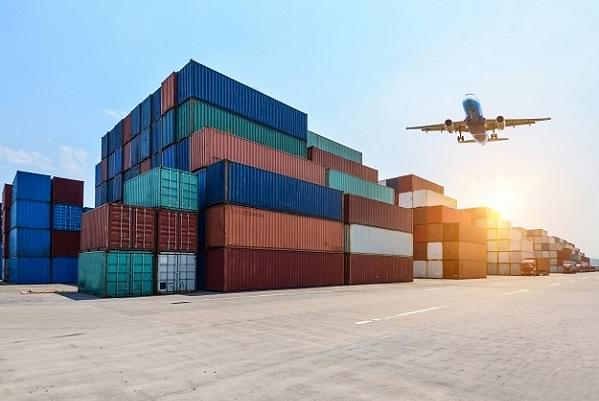 India’s first Multimodal Logistics Park (MMLP) that will come up at Jogighopa, about 155 kilometres west of Guwahati, is poised to be a game-changer for the entire Northeast, as well as neighbours Bhutan, Nepal and Bangladesh.

Union Minister of Road Transport and Highways, Nitin Gadkari, laid the foundation stone of the Rs 3,000-crore park, which will have air, rail, road and waterway connectivity on Tuesday.

The project, under the ambitious Bharatmala Pariyojana of the Union government, is the first of 35 such MMLPs planned all over the country.

The MMLP at Jogighopa will come on a 317-acre plot of land along the Brahmaputra that used to belong to the now-defunct public-sector Ashok Paper Mill.

The first phase of the project will be completed by 2023 and contracts for construction works worth Rs 280 crore, including Rs 171 crore for road construction, Rs 87 crore for erecting the structure, and Rs 23 crore for rail lines, has already been awarded. Construction work will begin next month.

The 155-kilometre road between Jogighopa and Guwahati (part of National Highway 17) will be upgraded into a four-lane expressway and a three- kilometre rail link will be constructed to connect the MMLP to the Jogighopa railway station.

A major rail-cum-road bridge links Jogighopa to the southern bank of the Brahmaputra.

Another three kilometre-rail line will be laid to connect the MMLP to a proposed inland water terminal on the Brahmaputra. A 101-kilometre road to the newly-upgraded Rupsi airport in Assam’s western Dhubri district will also be upgraded to a four-lane expressway.

The Jogighopa MMLP is poised to become a major logistics and export-import hub, catering to not only the Northeast, but also parts of eastern India, Nepal, Bhutan and Bangladesh.

“Products from Bhutan, as well as other states of the Northeast, can be transported to the Jogighopa MMLP and then transported by road, rail or air to other parts of the country or abroad. Export of processed foods and horticulture products from the Northeast as well as Bhutan will get a boost,” Assam Transport and Commerce Minister Chandra Mohan Patowary told Swarajya.

“Exporters of tea and other products from the Dooars and Darjeeling Hills areas of North Bengal will also find it very convenient to ship their consignments to the Jogighopa MMLP, from where it can be exported to other countries,” said Patowary.

Though the Bagdogra airport near Siliguri is supposed to cater to North Bengal, it is terribly congested and cannot handle any additional traffic. The Jogighopa MMLP is just 160 kilometres from Cooch Behar in North Bengal.

Another major advantage of the Jogighopa MMLP is that it is next to the Brahmaputra, which is already a functioning inland waterway connected to Bangladesh. Transporting goods through waterways in Bangladesh to Assam has already started.

Bulk goods from Bhutan, North Bengal and Northeast can be transported through this waterway, as well as by rail from Jogighopa MMLP.

“Machinery and other heavy goods destined for Bhutan, North Bengal and the entire Northeast will also land at the Jogighopa MMLP by road, rail or waterway and then get transported to their destinations. Using the waterway and then the MMLP will significantly reduce transport and other costs,” said Assam Finance Minister Himanta Biswa Sarma.

The Brahmaputra flows into Bangladesh through Dhubri in Assam and then becomes the Padma river before taking the name of Meghna to flow into the Bay of Bengal. Chittagong and other major sea ports in Bangladesh lie at the mouth of this vast estuary.

Right now, heavy machinery and containers brought in by ships and destined for Bhutan, Nepal and Northeast dock at Haldia in West Bengal and then get transported to their destinations.

But Haldia port does not have the draft for huge ocean liners, and the road network in Bengal is in a pathetic state. This affects transport of all goods from Haldia to Nepal, Bhutan and the Northeast.

“But if all such heavy goods and containers are unloaded from the ocean liners at Chittagong (which can handle such mega vessels) and then transported upstream in smaller vessels through Meghna, Padma and Brahmaputra to the Jogighopa MMLP, it will result in tremendous savings of costs and time,” logistics expert Abhigyan Choudhury, who serves with the Asian Development Bank (ADB), told Swarajya.

The ADB had prepared the pre-feasibility study report on the proposed Jogighopa MMLP and submitted it to the Union government two years ago.

This entire project is not just about the Jogighopa MMLP, but a more comprehensive one that involves upgrading national highways and construction of roads from Bangladesh to Bhutan through the MMLP, explained Assam Chief Minister Sarbananda Sonowal.

“Also, the Jogighopa MMLP will emerge as a major hub for exports to and imports from South-East Asian countries through the Asian Highways that will pass through the Northeast to connect to Myanmar, Thailand and beyond. It will also be linked through Mizoram to Myanmar to become part of the Kaladan Multi-Modal Transit and Transport Project,” Sonowal told Swarajya.

Similar projects are also on the drawing board.

Assam Finance Minister Sarma says that the Jogighopa MMLP is part of an ambitious mega project being nurtured by Prime Minister Modi to make the Northeast an economic powerhouse.

“Logistics has been the bane of this region and with the MMLP and many other road, rail, air and waterway links being developed to and from this region, the Northeast will soon emerge as one of best connected places in Asia. And that will boost the economy of the region,” asserted Sarma.

The Jogighopa MMLP and related projects is expected to provide direct and indirect employment to at least three lakh people, including unskilled, semi-skilled and highly-skilled workers.

“We are looking at this hub as a gamechanger for the economy of the Northeast. The decades of geographical isolation of this region is getting over and the Northeast will get transformed into an economic powerhouse, thanks to the vision of Prime Minister Modi,” Arunachal Pradesh Chief Minister Pema Khandu told Swarajya.

Under the ‘Bharatmala Pariyojana’, more than 3,000 km of economic corridors are to be developed in the North East, covering major cities of the region.

Under Bharatmala, around 3,300 km of border roads of strategic importance have been identified to be built along the international boundaries and around 2,000 km of roads are required for connecting India’s major highway corridor to international trade points so as to facilitate Export-Import (EXIM) trade with Nepal, Bhutan, Bangladesh and Myanmar.

Out of this, around 2,000 km has been included in the plan for Phase-I of Bharatmala. Other border roads are developed and maintained by the Border Roads Organization (BRO).

The Northeast component of the Bharatmala project will connect to the Khulna-Dhaka-Sylhet and the Banglabandha-Dhaka-Chittagong-Cox’s Bazar Economic Corridors being executed by Bangladesh.