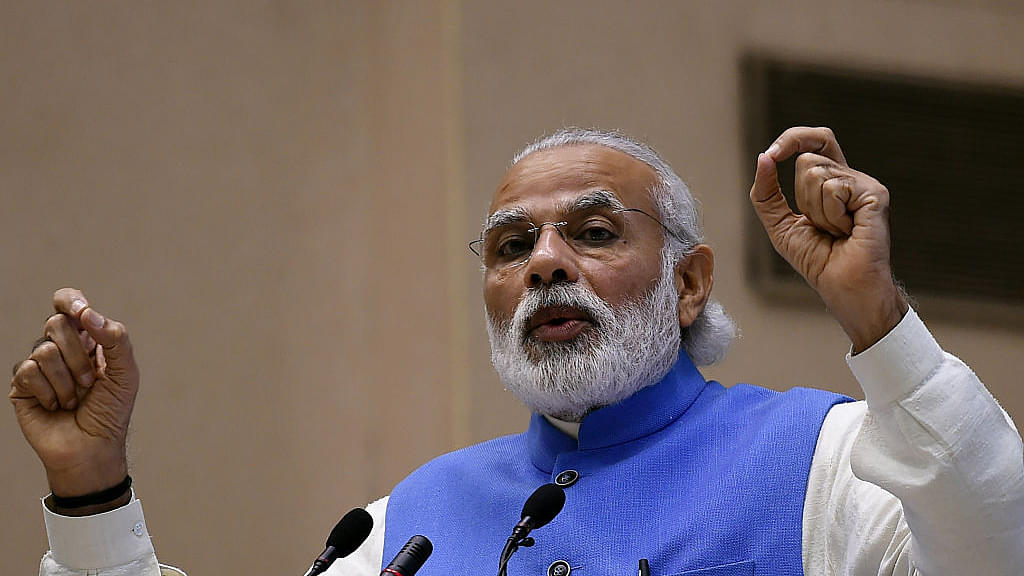 Twenty of the 50 days that Prime Minister Narendra Modi sought to make things normal again after demonetisation are over. Even though the acute cash crisis phase is over, the sense of cash shortage has not gone. In fact, there are fears that it could get worse for a while once again as salary day demands peak in the next few days.

But 20 days is a good enough time to take stock of what has happened, and speculate on what may be going on and whether the crisis phase of demonetisation will be over by 30 December. It is also a good time to put in place some markers for declaring demonetisation a success or failure.

First, the numbers. Of the Rs 14 lakh crore worth of Rs 1,000 and Rs 500 notes declared illegal tender on the midnight of 8 November, roughly Rs 8.11 lakh crore has found its way into bank deposits. On the other hand, the cash handed out is around Rs 2.51 lakh crore through bank withdrawals, exchange of old notes, and ATMs.

The gap between Rs 8.11 lakh crore and Rs 2.51 lakh crore can be reckoned to be the unmet demand for cash at this point – which works out to Rs 5.6 lakh crore. Hence the sense of shortage.

One can speculate that the Rs 6 lakh crore still to be deposited in bank accounts or lying with exempted establishments (petrol bunks, utility companies, municipalities, etc) will start coming in as 30 December approaches. Some of it is surely black money, including cash hoarded in crores by the rich and crooked, but this money has time to come back to bank accounts either directly or through benami entities.

Since 57 per cent of the cash is in, it means that there is now a good probability that another 30 per cent could come in one way or the other by 30 December, taking cash inflows into banks close to 90 per cent.

Put another way, the cash that will stay out may well be under Rs 2 lakh crore, which the Reserve Bank of India (RBI) can write off from its liabilities and hand over as dividend to the government.

We will know only by 30 December what part of the money stays out.

If the money remaining outside the system is less than Rs 1 lakh crore, the demonetisation effort may not have been worth it. We should judge demonetisation a partial failure.

Second, taxation may be key to capturing the black element in money that is masquerading as bank deposit inflows. This explains why the government is rushing through its new tax scheme for unexplained deposits, where the tax rate is 50 per cent, with another 25 per cent of the money staying locked up for four years without interest. Those who don’t disclose may end up paying 82.5 per cent tax on detection; the tax goes up to 90 per cent if such undisclosed cash is found during search and seizure operations.

However, while this voluntary disclosure scheme is pragmatic, chasing those who don’t disclose will not be easy without some amount of tax terrorism. Moreover, even cash seized will not be easy to convert into tax as the matter will end up in court. India’s courts are known to be dilatory in handling such cases. Special fast-track courts may be needed for speeding up cases involving black money deposits, but even special courts are likely to be swamped if the numbers involved are huge.

Success of this new undeclared income disclosure scheme will be judged by whether its proceeds exceed the Rs 65,000 crore disclosed in the last Income Disclosure Scheme that ended on 30 September. If too many cases end up in court, the cost-benefit calculations will tilt towards the negative.

Third, another measure of success will be the impact on interest rates and bank profitability. The Rs 8.11 lakh crore that has entered the banking system through deposits has lowered the deposit costs for banks, but with the RBI temporarily imposing 100 per cent cash reserve ratio (CRR) on banks to remove excess liquidity in the system, banks will suffer huge losses in the short run. CRR earns zero interest while banks need to pay interest on customer deposits. But the situation is temporary, as RBI can use market stabilisation bonds (yet to be issued by the government) to soak up liquidity and reduce CRR. The sooner this is done the better. But banks’ short-term bonanza has probably been wiped out. Gains on their treasury portfolios, now bloated by falling yields, may not be enough to compensate. A lot depends on how soon the CRR situation is sorted out, and how fast banks are able to dish out the cash back to depositors. As things stand, the gap is Rs 5.6 lakh crore. A lot depends on whether the RBI and the government are able to push out more cash faster in December than they could manage in November.

If banks struggle with losses and also report rising bad loans due to demonetisation, again the move can be deemed a partial failure.

Fourth, the biggest plus for demonetisation is the push given to e-wallets and electronic transactions. From card companies to mobile banking to e-wallets, everyone is reporting a surge in volumes. This part of the move towards a cashless society is already a success, but long-term success means there should be no reversal to the mean or a slide back towards cash once the situation eases.

It would thus be logical for government, once the current cash crisis is over, to start withdrawing the Rs 2,000 notes quietly, and keep up the pressure on Rs 500 notes by pushing up the printing of Rs 100 notes. It should also legislatively make cheque and electronic payments mandatory for all transactions above Rs 1,000, so that people continue to use digital payments as the new normal. In the medium term, both Rs 500 and Rs 2,000 notes need to be withdrawn in phases.

Fifth, another yardstick to measure success is the extent of GDP fall, and how soon the revival happens. A 0.5 per cent fall in GDP growth rate in 2016-17 is par for the course, but anything above that will be costly, as a 1 per cent fall means a Rs 1.5 lakh crore drop in output.

But this measure will not be known for at least a year, as we also must calculate if there is a sharper rebound after April 2017, which will make up for the losses in the last two quarters of 2016-17.

As things stand on Day 21 of Demonetisation, the possibility of success seems 50:50. Modi’s gamble could still go either way.