FM Sitharaman Proposes To Set Up National Research Foundation: Here’s What It May Look Like 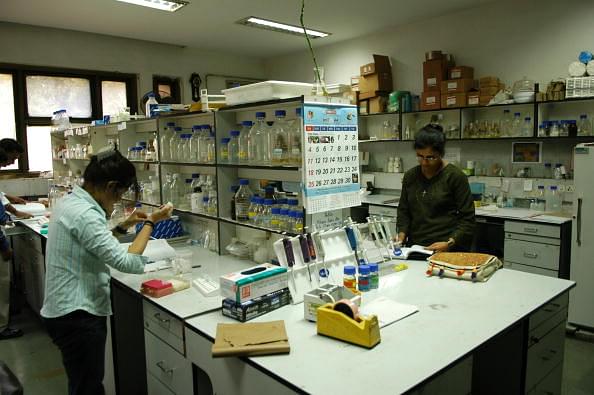 Union Finance Minister Nirmala Sitharaman in her maiden budget speech today (Friday) announced establishing of the National Research Foundation (NRF) as part of the government’s ongoing push to reform higher education - something which Prime Minister Narendra Modi also focused on during his last term. NRF is one of the most significant initiatives announced by the minister as far as higher education is concerned.

The idea behind NRF is to have one body at the national level which can fund, co-ordinate and promote research in a cohesive manner. As Sitharaman said, NRF will help strengthen the research ecosystem in the country by identifying ‘thrust areas relevant to our national priorities and towards basic science without duplication of effort and expenditure.’ Instead of different ministries and departments giving grants independent of each other, NRF will ensure that funds of all ministries are pooled at one place and spent in an integrated and more productive manner.

For a developing country like India, importance of investment in research and innovation can’t be overstated. It has paid rich dividends for developed countries which have witnessed large increments in productivity, which, in turn, has helped boost their Gross Domestic Product (GDP).

Despite knowing that there is a strong correlation between investing in Research and Development (R&D) and growth, India’s spending on this remains abysmally low and in fact has decreased in the past one decade from 0.84 per cent of GDP in 2008 to around 0.7 per cent today.

As opposed to India, countries like Israel, South Korea, USA, and China spend 4.3 per cent, 4.2 per cent, 2.8 per cent and 2.1 per cent of their GDP on research and innovation respectively. The Economic Survey 2016-17 revealed that India had only 15 researchers per 100,000 people compared to 825 in Israel, 423 in USA and 111 in China. No wonder, India lags way behind these nations when it comes to number of publications and patents.

In this backdrop, the government is proposing to setup the NRF.

What will it do and how will it look like? The draft national education policy (NEP) has the answers.

The draft proposes that the NRF be established by an act of parliament, and have four major divisions - Sciences, Technology, Social Sciences and Humanities/Arts, and is given an annual grant of Rs 20,000 crore with autonomy over its finances and governance.

The governing body (to be constituted by the new proposed body Rashtriya Shiksha Aayog) as well as the four divisions (with option to open more) will have academics and professionals from different fields.

The NRF will have four main functions: to fund competitive, peer-reviewed proposals across all disciplines; help seed centres of research in colleges and universities through mentoring by eminent research scholars; liason between researchers and government and industry; and recognise and reward outstanding research.

There is no doubt that India needs to increase investment in research and development. What is also not debatable is that currently, there is no method to the research funding madness - it’s all scattered and there is no direction. NRF will certainly solve these issues. The coordination at national (and in collaboration with States needs) is very important. The prioritisation is missing at present and NRF will help bridge this gap.

However, there are some potential pitfalls the government will have to look out for. While setting up a national body like this, an army of bureaucrats will be needed. Otherwise, given the size of our country, we will soon have piles and piles of grant proposals waiting for review. Though, majority of the officials will still be experts from different fields. So, the government will have to make sure that decision making is firmly concentrated in hands of experts rather than permanent civil servants.

Second, it will have to make sure that this doesn’t become an arena where big egos and clashing interests threaten and derail the whole project.

This is all the more important in humanities and arts divisions where ideological factionalism will be at play. Ideally, the government could’ve focused only on STEM (Science, Technology, Engineering, Math) fields in the beginning. This is not to say that research in humanities is unimportant but given our needs at the moment and quality of graduates churned out by liberal arts courses in the country, taxpayers money would’ve been more productively spent on research on science and technology.

The NRF is broadly modeled on United States’ National Science Foundation. Our lawmakers will do good to take a thorough look at its failures and success over the past seven decades before establishing the body.

If done right, NRF can prove to be our ISRO. Otherwise, we will end up with another DRDO.