Foodgrains MSP, Procurement Under Scrutiny After Nexus Between Officials And Traders Is Exposed 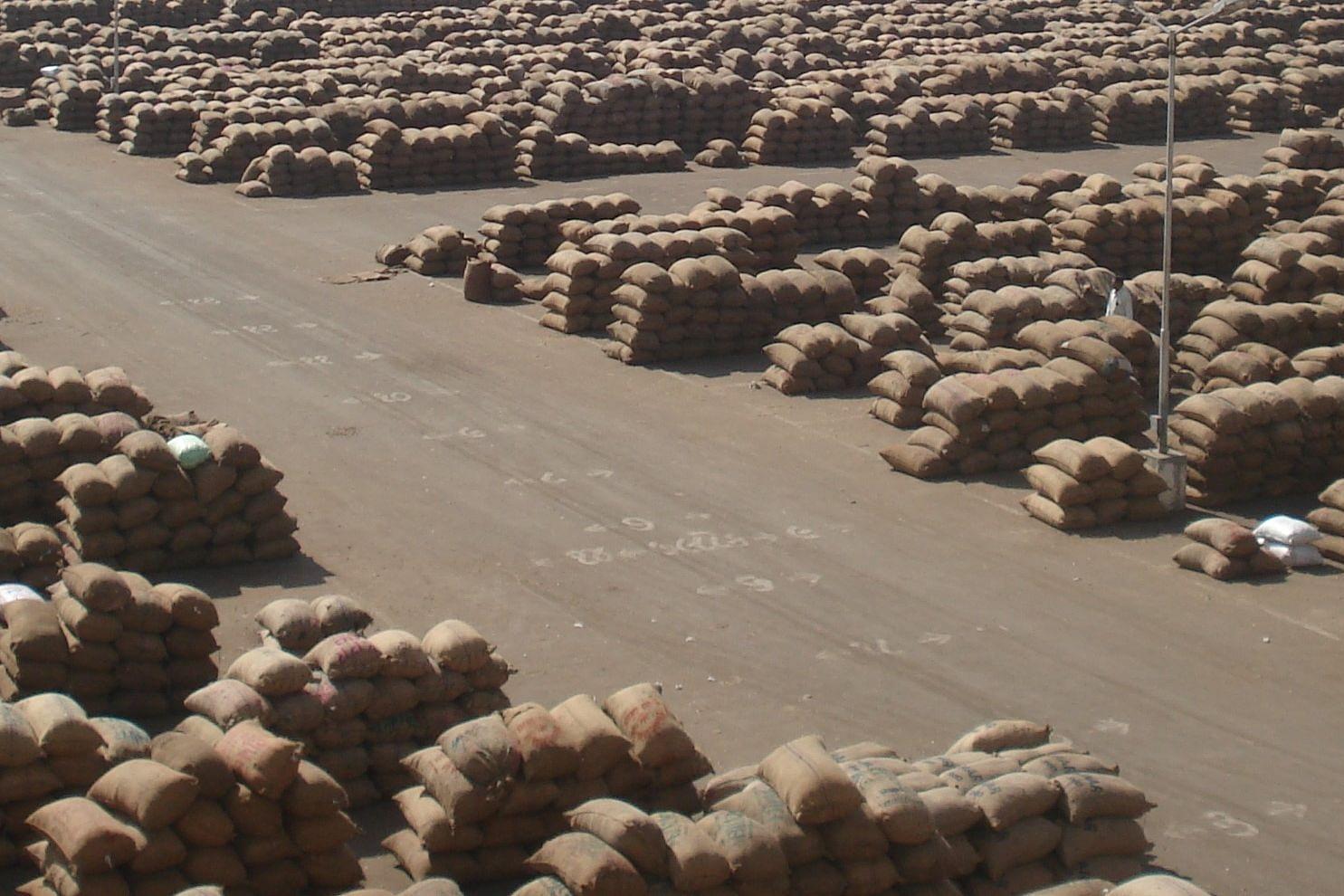 Foodgrains stored at a market yard.

A couple of developments this week has cast shadow on the procurement of foodgrains by government agencies at the minimum support price (MSP) fixed by the Union government.

First, is the release of negotiations between a district manager of the Punjab State Civil Supplies Corporation (PUNSUP) and a trader on procuring paddy bought at a lower price from outside the state at MSP by The Tribune daily.

Second is the Madras High Court ordering the State Directorate of Vigilance and Anti-Corruption (DVAC) to conduct search operations at all paddy procurement centres in Tamil Nadu following allegations of corruption in procurement.

The first development has raised the question over the procurement of foodgrains by Punjab for buffer stocks, which is being maintained by the Centre for distribution through the public distribution system or meeting any food emergency.

It is an open secret that a large volume of foodgrains from Bihar and Uttar Pradesh, bought from farmers at lower prices, find their way into Punjab and get sold to procurement agencies such as PUNSUP.

For example, a trader will pay an Uttar Pradesh or a Bihar farmer less than Rs 1,200 a quintal for paddy. He would then bring it to Punjab and sell it off to the agencies at the MSP of Rs 1,888 to pocket the gains after sharing it with officials.

Punjab Food and Supplies Minister Bharat Bhushan Ashu has alleged to have been a part in this but he has denied saying his name has been dragged wrongly.

Ashu has suspended the district manager and said steps have been initiated to dismiss the official.

More embarrassingly for Chief Minister Capt Amarinder Singh’s government in the state, the PUNSUP district manager, while negotiating the deal, has said the amount that the trader will give as his "cut" is shared with the minister for “organising the visit of Congress leader Rahul Gandhi” on 4 October.

Rahul Gandhi, former Congress president, had visited Punjab during 4-6 October to campaign against the agricultural reforms ushered in by the Narendra Modi government at the Centre by allowing farmers to sell to buyers of their choice, enter contract farming and removing the cap on the stock limit of essential commodities.

The other issue that has come to fore from this revelation is that going by data, procurement of paddy during 2019-20 exceeded its production.

In the first place, this is worrisome. Farmers don’t bring their entire production, especially wheat or rice, to the market. They hold back for their own consumption and also for re-sowing.

According to agricultural experts, this could be to the tune of 30 per cent of what they totally produce.

According to the Food Corporation of India, nearly 18 million tonnes (mt) of paddy was grown last year. Going by the Punjab Agriculture Department, production was around 16 mt.

The excess 2 mt procurement is a clear indicator of faultlines in the system.

If this pinpoints at the shortcomings of the growers not getting the required freedom to sell their produce, the Madras High Court ruling is another pointer of corruption prevailing in the procurement system.

Though the Centre procures foodgrains at MSP, it is actually helped by state agencies in getting the produce from Agricultural Produce Market Committee (APMC) mandis.

There is also a reverse process of the MSP system being misused.

An oil milling industry official told Swarajya how some officials in states such as Gujarat procure groundnut at MSP and then sell them at a lower price terming them as trash or inferior produce.

This brings to fore the involvement of a racket or cartel in the procurement system. Reports say that some Delhi-based traders are involved in this as they control Bihar and Uttar Pradesh markets.

This probably explains why Congress and other opposition parties have raised the pitch against the agricultural reforms.

Punjab Chief Minister Capt Amarinder Singh has been leading the opposition against these reforms in a vehement manner and going by the revelations of the negotiations between the trader and PUNSUP official, there seems to be some hidden agenda.

Not just that, the revelations are pointers that politicians and their parties would be badly affected by the agricultural reforms since they are aimed at making life better for the farmer.

Probably, these developments are the tip of the iceberg.