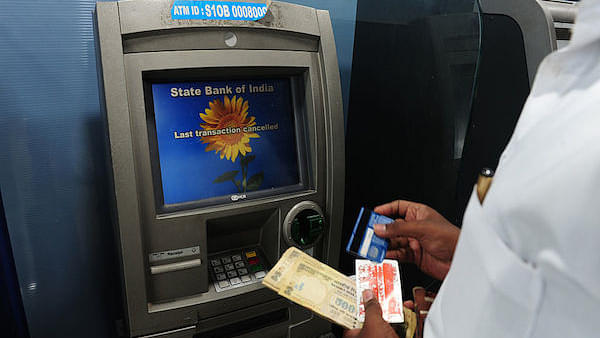 The launch of the unified payments interface (UPI) app with the blessings of the Reserve Bank of India (RBI) yesterday (25 August) will revolutionise the idea of money in the country. Sending money to anyone who is linked through the Unified Payments Interface will be almost as easy as sending an SMS— once enough people adopt the UPI.

Once the app becomes mainstream, India will have moved one step closer to abolishing cash itself, with virtual money becoming the norm. As for ATMs, cheques and demand drafts, forget them. They will become relics of history.

Once you download this app on your mobile, or through a UPI-enabled bank mobile app from Google Playstore, you can literally do most of your banking transactions from your phone. You won’t even have to go to the ATM to draw money, since UPI will enable payments (once millions are on the app) to almost anybody— a friend, a utility company, your kids’ school and, of course, of Flipkart.

Some 21 banks have already enabled UPI on their own apps, some of which are already available on the Google Playstore; the iOS (Apple) version will come later. India being an Android country, UPI has rightly focused on getting the more important version first.

The reason why UPI works is this: it simultaneously authenticates both the person and his virtual address on the phone. Once you download the app, you need to create a password (PIN), and link your bank account by creating a virtual address for yourself. This virtual address could be your mobile phone number or your own name, but linked to your bank. Thus it could be 9912345678@icicibank.com or natwarsingh@hdfcbank.com, etc.

Over the next three months, almost all banks will have to be on UPI if they are not to be left behind. The UPI app has been created by the National Payments Corporation of India (NPCI) and will take India to the cutting edge of global payments systems. While the current limit for payments is one lakh rupees, once the system settles and risks are evaluated, the limits could well be raised.

To be sure, UPI is not going to take off vertically, for it will take months of education of customers and trials and bug fixes before it gets widely adopted. But, once it reaches critical mass, the network effect will take over. It is— arguably— the most important customer-facing technology ever created in Indian history. UPI, thus, has the potential to disrupt several businesses— especially banking.

Consider what could happen when bank branches and ATMs become passe, and mobiles become the primary mode of payments. Public sector banks with their huge staff complement and branch networks will face a huge competitive cost disadvantage. Only nimble banks will survive, and public sector banks do not seem to be fast on their feet. Airtel Bank, with just a few branches and direct selling staff, will be able to convert millions of its current mobile customers to join its payments bank.

The future business model in banking with be less physical, more virtual.

In an earlier Swarajya article, we had noted how Nandan Nilekani, former Infosys chief, has pointed to 12 major disruptions that are underway in banking. UPI will accelerate this process.

There are the major ones among Nilekani’s 12 disruptions.

#1: A shift to low-value, high-volume transactions from the reverse. The average value of a cheque transaction is currently around Rs 75,000, but the average value of e-wallet payments is Rs 300-500, and Rs 30 for a mobile recharge. Banks cannot expect to make their moolah from high-margin businesses in the future. UPI will thin down all margins. For example, the transaction fee on a UPI can be as low as 75 paise— with NPCI taking 25 paise, and the bank the other 50. With volumes, the rates could fall further. A fee of less than a rupee is worthwhile even for small value payments above Rs 100.

#2: Credentials have moved from banks’ proprietary sphere to third parties. When a bank gives you a credit card or a PIN number, it owns both; when transactions shift to mobile phones and Aadhaar identification, the authentication factor moves to a third party beyond the bank. Effectively, the customer data base will be owned at multiple points.

#3: Changing service providers will become easier as switching costs are going down. Today, it is difficult for customers to change banks for various reasons. But they can change mobiles fairly easily. With two SIM cards, mobile users can switch service providers with a simple click. As customers get wooed by multiple banks, customers can shop for the best rates from any bank using mobile interfaces. When KYC (know your customer) details are unified in a central database, as mandated by the RBI, switching banks will also be very easy for the documentation need not be duplicated. Whether it is a loan or an insurance policy or even a deposit product, switching will be easier in the future. Banks will have to compete harder for business. Easy money from current and savings accounts will also shrink when payments banks seek a share of the pie.

#4: Lending rates will be less rigid and the price will be based on who is borrowing. Credit risk can be gauged not only from your individual credit score but from multiple records, including e-wallet and mobile payment behaviour. Credit will, thus, be offered on the basis of expected default risks. So rates will be individual-specific. Interest rate divergence will also narrow, as the market becomes more efficient. Currently, there is no rationale for giving the richest customers credit at throwaway rates while fleecing rural borrowers and small businesses through moneylenders or informal lenders.

Second generation mass disintermediation is here; in the first stage, the banking industry’s best customers raised money directly from investors; in stage two, all bank customers will be able to shop around for the best borrowing and lending rates from any player, whether it’s the bank or a financial company. Banks themselves could become faceless intermediaries— and optional to your existence.

#5: Business models are changing from fee-based to data-based. Microsoft still sells its software for a fee; Google uses its data to give you services free while charging advertisers for delivering the right customer to them. This model will impact banking too. They have to learn to use their data to build alternate revenue streams.

India has developed one of the world’s most advanced payments system. UPI, mobile-based payments systems and third party identification will change the face of money completely. In fact, money itself can be dispensed with once UPI becomes universal. Who needs cash when you can transfer virtual money through your phone?

The downside risks are not inconsequential; risks of phone thefts and phone hacking will increase as rogues realise the benefits of taking a slice of virtual money.