From Farmers To Industry, All Stakeholders Set To Gain From Modi Government’s Move To Increase Ethanol Production 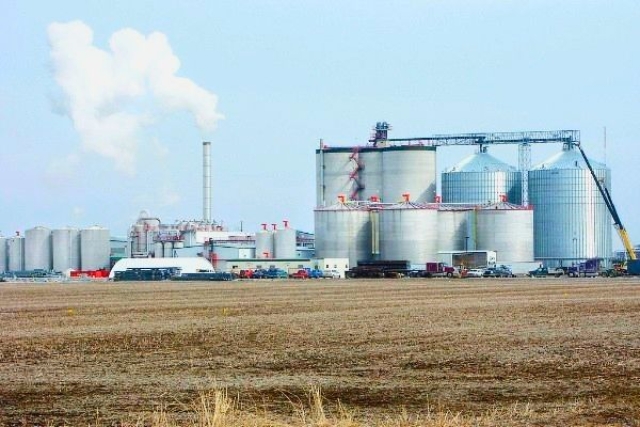 The Narendra Modi government is encouraging sugar mills, distilleries, and entrepreneurs to expand distillation capacities as part of its efforts to meet its target of 10 per cent blending of fuel-grade ethanol with petrol by 2022.

The government is extending financial assistance by way of interest subvention for five years at a maximum rate of six per cent interest for loans availed of by sugar mills, entrepreneurs and distilleries, from banks in this regard.

In September this year, the government opened a window for 30 days, inviting applications from interested parties for the ethanol interest subvention scheme.

The Department of Food and Public Distribution (DFPD) scrutinised the applications and short-listed 185 units, including 85 sugar mills, and gave them an in-principle approval to avail of loans for setting up ethanol production units.

These 185 units will get a total loan amount of Rs 12,500 crore and add a capacity to produce 468 crore litres of ethanol every year.

This is in addition to the 426 crore litres of ethanol produced in the country till now.

In the last two years, 70 ethanol projects have been approved to produce 195 crore litres ethanol with these units being extended Rs 3,600 crore loans, according to the DFPD.

Of these, 31 projects have been completed and they have added a capacity of 102 crore litres so far. Enthused by the latest development, the government says it would achieve its targeted 20 per cent blending of fuel-grade ethanol well in advance.

This is in contrast to the government achieving only 4.8 per cent of the ethanol blending target this supply year (December 2019-November 2020) as only 168 crore litres could be produced.

Efforts to increase production, incentivise producers and encourage higher production are likely to pay dividends next ethanol supply year. According to DFPD, some 325 crore litres of ethanol will be produced, meeting 8.5 per cent of the target, while in 2022, the target will be met as the Centre is making concerted efforts.

One such way the target will be met would be through production of ethanol from rice with the Food Corporation of India (FCI) supplying the oil marketing companies.

Supplying foodgrains will not be a problem as India is carrying huge stocks of rice.

According to the first advance estimate of foodgrain production for 2020-21 released by the Ministry of Agriculture, Kharif rice production has been estimated at 102.36 million tonnes against 101.98 million tonnes last year.

In addition, the Union government has decided to make use of maize (corn) if any State has excess production.

But more important is the government's efforts to encourage sugar mills to produce more ethanol.

This is crucial in view of excess sugar the country produces and also in view of the huge carryover stocks of the commodity, which puts the industry in a fix.

According to DFPD, at least Rs 19,000 crore of sugar stocks are held up, thus blocking the funds to the industry.

The Modi government wants sugar production to be pruned by fully utilising the sugarcane juice for ethanol production.

Stakeholders in the sugar industry agree that even if five million tonnes of sugar production is given up for ethanol production, it would benefit all and consumers should not have any cause for worry.

This year, the sugar industry has estimated that four million tonnes from production could be diverted for producing ethanol. Despite this, the industry could be left with 10 million tonnes of carryover stock at the end of the season in September next year in view of higher production.

According to projections made by the Indian Sugar Mills Association, the apex body of private sugar mills, at least 33 million tonnes of sugar can be produced this season.

But a significant quantity of sugarcane juice and B-molasses will be diverted for ethanol production, and thus, a proportionate quantity will get reduced from the estimated production.

This will help in the availability of sugarcane juice, and syrup for ethanol production increasing by 2.5 times compared to last year.

“There will be increased use of ethanol this year in view of the demand for sanitizer to tackle the spread of novel Coronavirus,” said sugar industry analyst R S Arora.

The government’s move to pay a higher price for ethanol will also aid the conversion to the fuel.

For the next ethanol supply season beginning December, the Cabinet Committee on Economic Affairs (CCEA) raised the price of ethanol extracted from sugarcane juice to Rs 62.65 per litre from the current Rs 59.48.

“The decision to increase the price of B-heavy molasses will definitely help. Diversion of cane for producing ethanol will help both in short and long term,” said D K Sharma, Wholetime Director, Awadh Sugar and Energy.

“The ethanol policy is a fantastic one in the long-term, as it will help the industry to a great extent,” said Rahil Shaikh, Managing Director, MEIR Commodities.

Arora was, however, sceptical of the government meeting the 10 per cent ethanol blending target by 2022 in view of the developments so far.

The ethanol-blending programme is seen benefitting all the stakeholders, including the Centre.

First, the industry will not have its funds locked in stocks.

Second, it will also not result in pending of huge payments for cane supplied by farmers to sugar mills.

Till the first half of September, sugar mills owed farmers across the country nearly Rs 13,000 crore as cane dues, Minister of State for Food and Consumer Affairs Danve Raosaheb Dadarao told Parliament.

Of this, Rs 8,400 crore are owed by sugar mills in Uttar Pradesh alone.

Third, the Centre, by encouraging the sugar industry to produce ethanol, saves the outgo of precious foreign exchange on importing petroleum products.

Fourth, it also helps the sugar industry to find alternative ways to sustain since the incentive that the Centre provides for sugar exports cannot extend beyond 2023 as per agreement that India has signed with the World Trade Organization.

For the just-ended sugar season, the Centre announced incentives to the tune of Rs 6,250 crore for exporting 60 lakh tonnes of sugar. This helped the industry ship out a record 57 lakh tonnes.

The production of fuel-grade ethanol, thus, becomes crucial for the sugar industry.

India is also trying to draw a lesson from Brazil, where three-fourths of cars run on ethanol-blended fuel.

Sugar mills in the Latin American nation switch between producing ethanol and sugar depending on the prices they expect to rule in the global market.