Green Shoots: GST Collections Surge Could Well Be A Sign Of Economic Revival 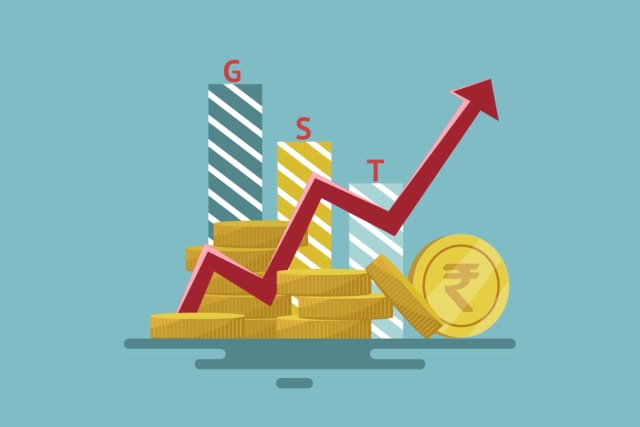 GST collections on the surge

The decade could not have started on a more positive note with the data of December goods and services tax (GST) collections showing a 9 per cent increase compared to the previous year. It is now well recognised that we witnessed a dramatic slowdown over the last few quarters — and that this slowdown did have an impact on tax collections.

The fact that consumption was muted is also well recognised. A general pessimistic sentiment had resulted in adversely impacting discretionary consumption which ended up in slowing the economy further. Self-fulfilling expectations is perhaps why managing the sentiment is equally important as managing the fundamentals.

To be fair, in 2019 we did see government make moves to address the slowdown and one hopes for more such measures in the upcoming Budget.

However, despite the pessimism and the slowdown, I have always argued that the cycle would start turning from third quarter (Q3) onwards. That argument was based on analysing the patterns of business cycles in India and trying to use the high frequency data to make a fair assessment regarding the future.

We will find evidence in support or against my hypothesis when Q3 numbers are made public, and as per my latest forecast, Q3 growth would be between 5-5.4 per cent. This forecast includes the data point of GST collections for the month of December 2019.

Meanwhile, just as the GST collections data was released, many commentators and experts started to dissect the data in order to look at potential signals. One such analyst — who appears to be an anonymous Twitter handle — has been arguing that nominal GST growth and gross domestic product (GDP) growth must be the same and that real GDP growth must be 0.

The claim has several problems, as for starters, it assumes that there is a correlation coefficient of 1 between the two nominal variables. Moreover, it somehow implicitly assumes a directional causality ignoring the fact that the relationship between tax collections and GDP is not a unidimensional one.

Now the question is whether tax buoyancy is constant over time; the answer is it is not. In fact, during economic slowdowns, buoyancy goes down and therefore, to assume GST collections having a one-to-one relationship with GDP growth rate is perhaps not the soundest economic analysis.

There are two interesting facts that need adequate attention.

First is the strong revival of GST collections from the month of November. This suggests that discretionary demand seems to be getting stronger and a part of it could be a general change in future outlook — or perhaps even the heavy discounts being offered by companies across different sectors.

This is nevertheless an encouraging sign and if it continues throughout the next three months then we could be looking at a figure close to 7 per cent for the first quarter of the coming financial year.

Another issue that many keep raking up is to do with notification 49A, which was to do with GST refunds being limited to 20 per cent. The recent amendment brings it down to 10 per cent where invoices are not uploaded by the supplier.

This is a genuine concern for small vendors and this notification has indeed increased compliance costs along with choking working capital of micro, small and medium enterprises (MSMEs).

Perhaps, we need to invest in our systems to identify cases of GST refund frauds rather than burdening all our businesses with an additional compliance to ensure that their vendors upload the invoice so that they can claim their GST refunds.

Imagine the impact on productivity, and hence on growth (of even revenues) if we got rid of such compliances and allowed our business to just focus on increasing their profits? GST Council should perhaps have discussion on this particular notification, and we should find a better solution to the problem of refund frauds.

Having said that, the data we are looking at are of gross GST collections and not net GST collections. Therefore, any impact on GST refunds etc will not be a part of this data as it is the collections which are being compared to collections in the previous year of the same month or quarter.

GST is fundamentally a great reform and its present structure is definitely better than what it was at its introduction.

Indeed, it is a work in progress and there is still scope for reforms. One important advantage of GST, however, will be the data over a longer period of time as it will provide us with real time information regarding consumption which can be utilised for even National Account Statistics in future.

But for now, one must recognise that GST data is giving us signs that the economy is witnessing a churn, and that we may have bottomed out in September-October of 2019. This implies that Q3 will very likely be better than Q2, and hopefully we will know this for sure once the GDP figures are released.