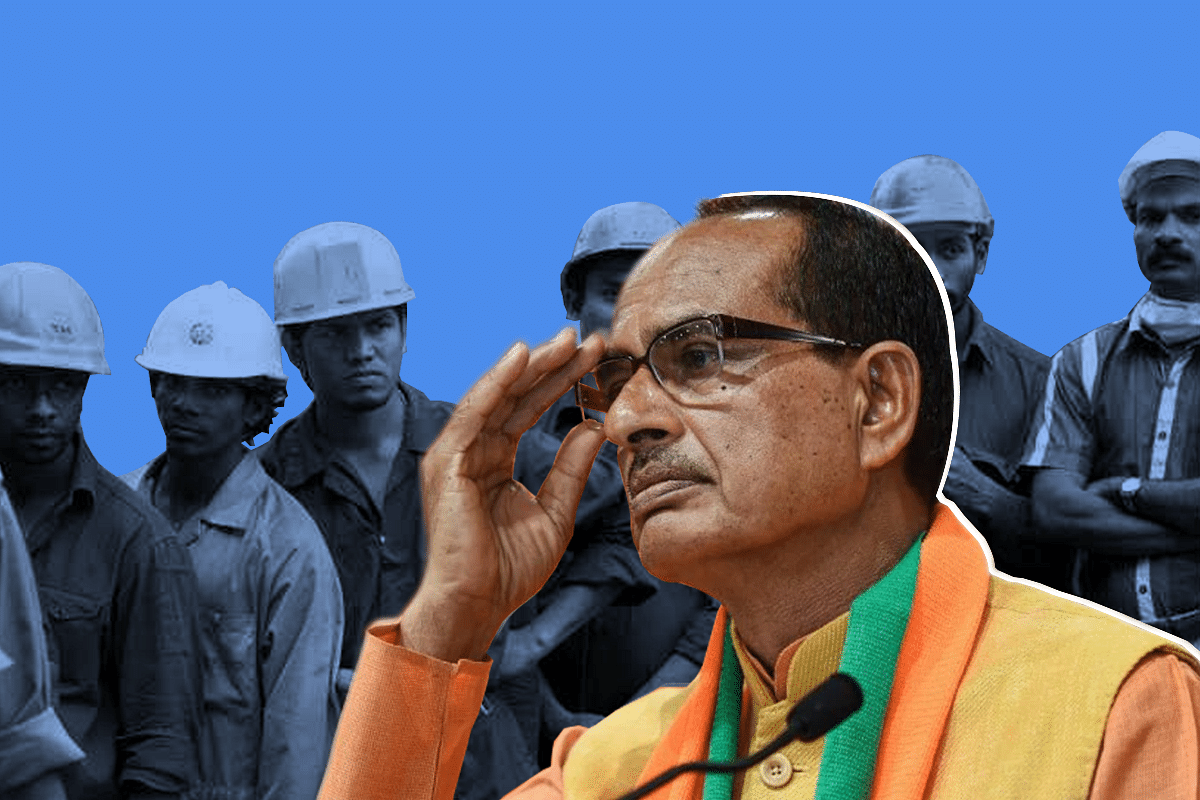 After announcing sweeping changes to the way agriculture is governed in Madhya Pradesh (MP), Chief Minister (CM) Shivraj Singh Chouhan made yet another big announcement on 7 May.

MP has introduced far-reaching labour reforms as it prepares to attract new manufacturing activity to jumpstart the local economy.

Labour is a concurrent list subject. Rules framed by the states take precedence over the central rules once they are ratified by the central government and then by the President of India. While the Narendra Modi government has started the process of consolidating various labour laws into four codes, the progress via the central route is limited by the pace of legislative process.

States are now tackling the issue at their end, with Gujarat and Uttar Pradesh also making their moves.

PM Modi had asked the Chief Ministers to look at bold reform measures in his last interaction – it is quite possible that all Bharatiya Janata Party (BJP) ruled states will work on a set agenda to remove bureaucratic hurdles in promoting industrial activity.

Specifically in the case of MP – a $125 billion economy supporting 75 million people and relatively a poor state – labour reforms make all the more sense.

A landlocked state, but with good connectivity to all parts of India owing to its location, the opportunities to expand the industrial zones near all large cities – Indore, Bhopal, Jabalpur and Gwalior are big.

CM Chouhan’s announcements tackling not just labour laws but also several administrative processes are the right and significant steps in that direction.

All industrial establishments will now register in the state in one day. Any licensing renewal won’t be needed for ten years, unlike the earlier process of yearly renewals. License renewals for shops and establishments are not just a procedural hassle, they also open up rent-seeking opportunities. Any contractual licenses required will also be issued for the duration of the contract, not just yearly. All licensing processes will be made online.

All shops can now remain open in the state from morning 6 AM to midnight. This 18-hour operating window will produce more employment opportunities with shift work and will promote social distancing in the post-Covid-19 era.

Work shifts in existing industries can now be 12 hours as opposed to 8 hours earlier. Workers in industrial establishments can take up to 72 hours of overtime responsibility, which has to be adequately compensated for.

Business owners and labour unions will be allowed to settle disputes mutually without having to go to the Labour Courts. Provisions of compounding are made for existing businesses so that there is no litigation in the event of industrial disputes.

The requirements for registration under Factories Act have been made simpler. For industries running on electric machinery, the registration requirements will hold only if there are more than 50 employees, as against the current 10. Since the Factories Act will not apply for small firms, they will not have to follow any specific occupational health and safety rules.

Apart from the changes to registration rules under the Factories Act, exemptions are proposed for the next one thousand days for all businesses.

Industrial units will not have to comply with complex existing rules around facilities design, canteen services and working hours.

The new factories set up in the state will not be required to pay Rs. 80 per worker towards the Madhya Pradesh Labour Welfare Board Fund as provided for in the act currently.

MP had already notified earlier that the Industrial Disputes Act will apply only for industries providing employment to more than 300 workers. Now, for the next one thousand days, MP will allow new industries to set up without applying any provisions of Industrial Disputes Act except Section 25. This section deals with the process of laying off and retrenching workers.

One of the most important changes is on compliance. As of now, under various central and state acts, industrial establishments have to maintain 61 different types of registers and have to file 13 different returns annually.

Going forward, there will be only one register to maintain and one return to file. This is a big change as every compliance intervention could potentially become a point of harassment by enforcing government departments and inspectors.

The biggest relief to the industry may come from the new provision exempting visits by factory inspectors. Businesses can instead arrange for inspections from third party service providers, who can now enrol in the state to take up such activity.

All establishments with less than 50 workers will no longer have any periodic inspection unless there is a specific complaint or the Labour Commissioner finds a reason to conduct one.

These changes are expected to reduce the intervention of labour inspectors and Labour Commissioner in the day-to-day working of industries in the state. Many of the changes have already been notified while some will need approval from the central government.

Predictably, the Left parties and their foot-soldiers in the intelligentsia have already objected to these changes. They have accused the BJP-run states of using Covid-19 as a pretext to tilt the industrial balance towards businesses.

In this background, it is entirely possible that these changes are met with fierce resistance as the battle shifts first to the corridors of judiciary and then to the streets to cause disruption to the economic activity.

That uphill battle is ahead for MP to fight – for now the government can focus on attracting the manufacturing firms which seek to relocate to safer pastures and rebalance their supply chains.