In Defence of Rajiv Kumar: Why We Must Listen More To India-Trained Economists 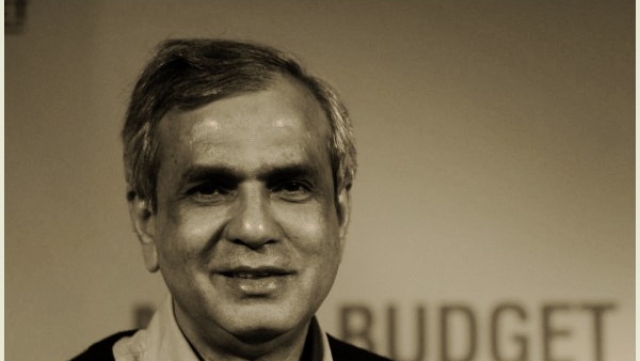 Even before he has taken over, some foolish people have sought to create a controversy around a newspaper article Rajiv Kumar, the newly appointed vice-chairman of NITI Aayog, wrote some time ago. He had written something about foreign influences on Indian economic policy and that it would soon end.

Kumar is a very old friend of mine. I have known him for half a century. I have also worked as his adviser, an official post, when he was director of Indian Council for Research on International Economic Relations (ICRIER). We used to discuss economic policy and research agendas twice a month.

I can say this with total confidence: he is a completely open-minded person. So there is no question, as is being alleged, of his blocking foreign-trained views. He is also a very mild, kind-hearted man.

In fact, he used to argue with me hotly when I would suggest that India’s policy advisers are not rooted in the Indian social reality. My point used to be that to the extent that cultures are conditioned by religion – or dharma in the Indian context – India’s economists need to understand the different aspects of it. They cannot simply put in place an imported set of incentives based largely on Christian Protestant values and blame everyone except themselves for it when they don’t work.

Kumar agreed with the broad argument but not necessarily with the implications. In fact, he set up a debating forum called ethics and economics. We often talked about the cultural roots of economics there. Many eminent speakers addressed the forum, though not only on economics.

My simple point was, and is, that India has forgotten its economists of the pre-1947 era. Many of them had foreign degrees but they were fully aware of the Indian realities. But Jawaharlal Nehru turned to imports, first from England then, from the 1970s onwards, from the US.

As a result, today when we think about India’s economic problems, it is through a Western method. That method is not wrong. But it is inadequate because it is not rooted in the sociology of our country. These economists lack a sense of political economy.

Until the mid-1950s, the top economic advice came from ICS officers, all of whom had been trained in Oxford and Cambridge. But they were managers, not economists. They were jugaadus.

A new phase started in the late 1970s and 1980s. American evangelists trained in the IMF and the World Bank started joining the government. In the mid-1980s, under Rajiv Gandhi, they gradually became more influential. They acquired huge clout after the 1991 crisis and have ruled the roost for almost 25 years. Their intellectual legacy is still strong.

But now, Narendra Modi needs to consult persons trained in economics in India. This is not to say that those with foreign PhDs should be disqualified. But there are hundreds of economists with Indian PhDs who should not be rejected ab initio as they have been so far.

To reiterate my points: the success of Western economics is rooted in their societies. Our borrowed economics has failed because it was not rooted in India.

But what is meant by ‘rooted’ in India? The answer is this: as individuals, Indians respond exactly like people elsewhere in the world, but as a society we tend to have different responses.

This is what demonetisation showed: there was a huge difference between the way individuals responded and the way society has responded with patience and dignity. This suggests that there is a cultural dimension at work which cannot be disregarded by focusing on the individual dimension alone, which is what Western economics does.

Indian economics has to factor this in. What is true of the parts is not true of the whole.

The propensity to cheat is also a strong Indian characteristic. It is because of this that so few Indians pay income tax. So, how should tax policy be designed?

The time has therefore come to incorporate Indian sociology into economic policy. The first step in that direction would be to listen to economists trained in India and not just the US and UK.

This article first appeared in the Hindi portal of Quint here.