India Poised For An Economic Turnaround. What Role Will Urjit Patel’s RBI Play? 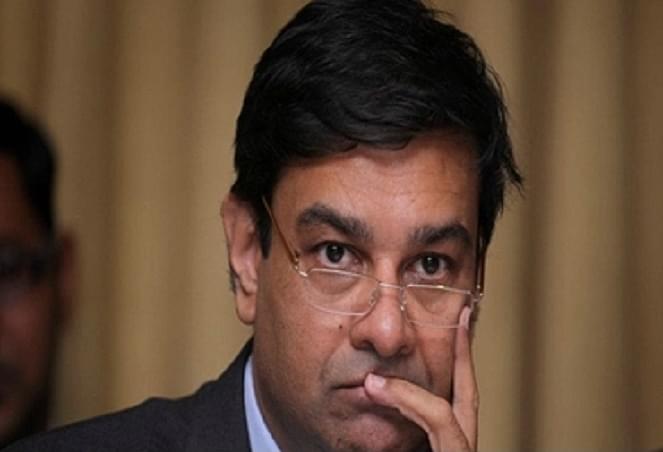 The central government deftly handled the succession issue at the Reserve Bank of India by elevating the former Deputy Governor, Dr Urjit Patel, to the top post through a selection committee. This sets an excellent precedent to follow, especially if the incumbent is from the academia, and that too from outside India. Settling down in a system, which has its own idiosyncrasies, and getting the lay of the land before assuming governorship seems much sensible.

Historically, the best governors have been bureaucrats who knew the tricks to manoeuvre around the maze, handle the politics and get things done. Also, it was gladdening to see that there was practically no xenophobia about Dr Patel’s prior Kenyan citizenship. It is time our leaders take a cue from Prime Minister Modi and look at merit more closely. A confident India should not cede space to the paranoia of the old guard. Dr Patel has gained deep expertise through his involvement with the Indian economy since the 1990s. With the timing of his appointment coinciding with the beginning of India’s economic ascendancy, Dr Patel has the opportunity to set the RBI up to face the momentous changes and leave a firm foot print in history.

What should the RBI stand for in the future?

With Dr Patel at the helm, it is a good time for the RBI to peer into the horizon and think about its role in the next 15 -20 years. It needs to figure out the kind of institution it has to develop into in the larger financial ecosystem while acting as ‘the wind beneath the wings’ in guiding India to a promising future. In this process, the RBI has to commit itself firmly to Antyodaya, the welfare of the last man. Dr Patel should enable RBI to recast its image into that of a crusader of the common man. To achieve this, fixing of monetary policy transmission should be on the top of his agenda.

If there is one aspect of our financial system that will give the new governor the jitters, it will be transmission. Transmission of monetary policy from RBI to the market at large, mostly intermediated through banks is incompletely integrated, and underdeveloped. For example, if the repo rate is reduced (on the price side) or if the CRR ratio is reduced ( on the quantity side), it is not very clear how much of it will pass through to affect the interest rates offered by banks and thereby how much of monetary expansion will happen in the economy. The time lag for policy transmission is much as nine months. There has been a 150 basis points rate cut since the beginning of 2015, but the lending rates haven not moved by even half of it.

A recent paper from the IMF (Mishra, Montiel and Sengupta, 2016) throws light on the low effectiveness of transmission of monetary policy in altering aggregate demand. It is hard to compute the final effect of a monetary policy pronouncement on the market. While monetary policy setting anywhere in the world falls under the art+science category, in the Indian scheme of things it leans closer to art and involves a fair bit of gamble. (One should not grudge if the RBI governor turns religious like our politicians before elections). Jokes apart, one should ponder whether an aspiring super power like India should keep conducting policy interventions on such tenuous means.

While part of the problem is structural, such as the low integration of the small firms and individuals to the formal banking system, parallel economy, etc., the RBI should assess whether it is equipped with requisite technology capability to collect and analyse big data. If not, Dr Patel’s primary task will be to set up the back bone infrastructure for the same. It is not a headline-grabbing, big bang reform, but it will be a la Modi, a nuts and bolts operational reform.

In it is mission of Antyodaya, the RBI should partner productively with the central government. The Finance Bill of 2016 mandates the RBI to set objectives on inflation and enact measures to meet them. The Monetary Policy Committee constituted to set the policy rate will be a good place to forge a partnership for the greater good of the financial system and hence the common man in the long run. Financial inclusion through the Jan Dhan Yojana is transformative in broadening the base of bank account holders and setting up a platform for delivery of financial products and subsidies for the poor. Both RBI and the government should make sure that the access to finance is made easy and procedural justice is delivered to the poor while implementing the scheme.

In fixing the transmission problem, the RBI has to partner with the Modi government in strengthening the IT infrastructure of the public sector banks. The focus should be on getting relevant high quality data and building technical and human capabilities to make sound decisions based on them. At this point it is worthwhile to note that the US Federal Reserve is partnering with startups like Kensho, that deploys Natural Language Processing systems to capture the effect of political events, weather etc. on the markets in minutes.

Helping The Small and Medium Enterprises

One of the major criticisms of Dr Raghuram Rajan by Dr Subramanian Swamy was the higher rate of interest faced by the Small and Medium Enterprises compared to big firms. Bank credit growth registered -12.7% for medium-sized companies and -6.5% for micro and small companies between May 2015 and 2016. It raises a very important question of why there is huge differential weighing against the largest employment generators in the country. While credit worthiness might be a reason, some delta could be reduced by proper credit analysis. Given the political repercussions of slow growth in MSME, the central government should be keen to partner with the RBI in solving this issue. Capitalisation of banks also contributes to the transmission problem. If the banks have to allocate capital to cover up for bad loans, less money percolates into the economy. Hope Dr Patel continues the cleaning up and makes sure that “moral hazards” do not happen in the future.

If many of the flagship schemes of the government such as ‘Make in India’ have to succeed, systems have to be built that absorb FDI and transmit it in a frictionless way. If there are structural deficiencies, they will result in inflation. Dr Patel’s appointment comes at a critical time when India needs massive investments to provide jobs and quench the aspirations of our youth. How he walks the tightrope in balancing the troika of low inflation, full employment and financial stability will be critical.

Developing a deep bond market and restraining fiscal dominance should be looked into and addressed systematically. The FSLRC recommendations are being implemented at a fair pace. If Dr Patel looks inward and gets internal reform going, the country will be able to look at bigger issues such as capital account convertibility (as detailed in the Percy Mistry report) with more clarity and confidence later.

Training The Personnel At The Grassroot Level

Indian systems including our bureaucracy and judiciary have always focussed on the top layer. There is no dearth of talent at the top which sets fiscal or monetary policy. Strengthening the lower layers with better manpower and infrastructure is the need of the hour. It will be a worthwhile exercise for the RBI if it releases a vision document, outlining the broad challenges it faces and the capabilities (human and technical) required to address them in the rapidly changing world of financial innovation and cryptocurrencies. The RBI should also grandfather the fintech startup systems in India. This will also be a step in strengthening transmission by widening the offer of innovative products and also getting new consumers into the fold.

The prime minister has more than once stressed that implementation of policies so as to reach the last man is as important as the framing of good policies. Dr Patel would do well to adopt that as a motto in the RBI too. Dr Patel is said to be a quiet man. So was his predecessor from 1982, Dr Manmohan Singh who endorsed Dr Patel as: “He is very important for the country”. Hope Dr Patel enjoys at least a fraction of Dr Singh’s luck and has greatness thrust up on him as well.