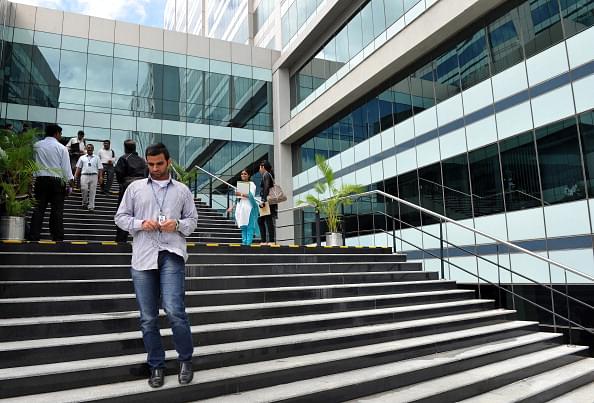 The “giant sucking sound” you will hear shortly is the beginning of the end of the IT jobs boom for engineers. Automation has anyway been reducing the need for engineers to do low-end coding jobs in the multi-billion-dollar Indian software services industry, but the process is now being accelerated by companies which lost out in the recent past. For them, automation is the route to rejuvenation.

Wipro, India’s No 3 software services firm, announced the launch of Holmes in June. Holmes, according to Wipro’s product literature, is an “artificial intelligence platform” that offers a “rich set of cognitive computing services for the development of digital virtual agents, predictive systems, cognitive process automation, visual computing applications, knowledge virtualisation, robotics and drones.” Shorn of the jargon, this AI tool can do the work now done by 3,000 engineers.

But even that isn’t the big news. What Wipro is trying to do, says Mint newspaper, is to make Holmes available freely to its managers, when earlier its use was selective, and dictated from the top. In other words, the speed of engineer replacement will be faster as project managers can now focus on maximising revenues and not bench usage or jobs.

Wipro’s competitors, Tata Consultancy Services and Infosys, reports the newspaper, also have AI platforms, but they have “embraced automation only in tiny pockets.”

But with Wipro taking the plunge, everyone will be forced to do the same.

The following are the implications of the rise of automation in Indian IT.

First, Wipro’s move suggests that it is willing to cannibalise its own bench to grow and take disruptive action. Once one company adopts a disruptive strategy, AI will quickly spread across companies since this will be the only way to retain competitive advantage.

Second, the IT industry will be dominated by a new highly-skilled elite. It will need fewer plain vanilla engineers, and more engineers with specialised skills in AI, robotics, etc. This new IT elite will see salaries will balloon, while the average recruit will find salaries stagnating or squeezed.

Three, more automation also means that India’s cheap labour will be less of a competitive advantage in future. It will enable more onshore work using local recruits in north America and Europe – something that is becoming politically important in a climate of growing protectionism.

In one line: the Indian IT jobs boom is tapering off.

The “giant sucking sound” metaphor was first used by Ross Perot, a 1992 US presidential candidate, to indicate that Nafta, the trade treaty signed by the US with Mexico, may send US jobs south of the border. Donald Trump wants to renegotiate Nafta for the same reason. It may be appropriate to use Perot’s colourful phrase in the Indian context, where automation will decimate lower-skilled jobs for Indian engineers in India IT in the coming quarters.