It’s All In The Interest Rate — Growth Or Otherwise 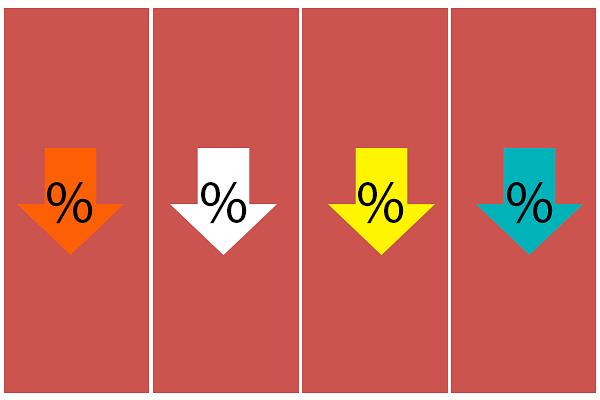 High interest rates are a real problem in India.

The world has changed over the last couple of years and with this change, we’ve witnessed successive unconventional policies – such as negative interest rates.

This change is powerful as it has challenged conventional macroeconomic wisdom as we try to find answers to explain how the economy functions and responds to conventional (and unconventional) policy instruments.

One such myth is to do with real interest rates and their impact on growth.

Regular readers may feel that I’m too obsessed with interest rates – and I am obsessed with them because they’re critical for revival of economic growth.

Commentators have pointed out the inability of low interest rates elsewhere to revive growth, but what they miss is that interest rates in advanced countries were already low and therefore, further reduction is likely to have a limited impact on growth.

This is in contrast with India, which continues to have one of the highest real interest rates in the world.

If 110 basis points is passed on to the prime lending rates and the cost of borrowing comes down, then we can see it having some positive effect on the economy. Two issues are critical here: one is to do with monetary policy and the other is to do with its transmission.

But let’s look at what’s happening across the world on a variable that is of utmost importance to central banks, and that is inflation. Inflation, in general, has averaged lower and, in fact, often even below the expectations of different central banks. This was first highlighted in a presentation titled Is Inflation Dead? by Dr Surjit Bhalla, which can be accessed here.

Since then, I’ve tried to study the impact of oil price shocks on India’s inflation, both as per Consumer Price Index (CPI) and Wholesale Price Index (WPI). The exercise suggested that the impact of an increase in international prices is temporary and it dissipates over 10 quarters.

Further, the impact of oil prices is lower than what it was during the 1990s. This further strengthens the arguments in the presentation and is supported by a recent paper that studies the dynamics of oil prices and inflation in advanced and developing economics (The paper can be accessed here).

The recent weakening of crude oil prices and low WPI figures for the month of July further highlight how we don’t need to be worried about inflation in the short run. In fact, we must be concerned or, perhaps, alarmed at the low levels of inflation - especially with respect to the WPI.

But before we discuss why low inflation is bad, let’s look at the history of inflation.

Nobel Laureate Professor Robert Shiller has constructed a historical CPI inflation series for the US, and it suggests that the average annual inflation rate between 1871-1940 was 0.2 per cent while between 1940-2013, it was at 3.9 per cent.

This illustrates how inflation is a recent post-war feature. Norway’s central bank too has similar findings as it highlights how it has a persistent low inflation for nearly 500 years.

Therefore, for a major part of history, low levels of inflations were the norm and it seems like the world is moving back to a period of structurally low inflation thanks to globalisation of goods, services and even human resources.

This implies that the focus in post-war years of keeping inflation in control needs to be shifted towards maintaining a stable level of inflation.

It is important to recognise that inflation or cost of production is also a source of income in the form of wage payments. Therefore, structurally low inflation implies low level of increase in wages. Conventional wisdom has been that 2-3 per cent of inflation is critical for growth and long-term stability of the economic system.

For developing nations, this is marginally higher, say 4-5 per cent. Further, disinflation (a reduction in inflation) for a prolonged period of time can cause deflation, which has significant negative implications for growth and economic stability.

Fed’s former chairman, Yellen, highlighted low level of inflation as one of the Fed’s biggest challenges. Now is the time to recognise that, perhaps, low WPI levels in India are a major challenge that needs to be adequately addressed.

The world has changed, and we are officially back to the era of low inflation so the worry for the Monetary Policy Committee (MPC) should be to induce inflation rather than curtail it.