Kerala Wants To Revive Its Failing Economy By Infrastructure Investment Fund Board. This Will Do More Harm Than Good 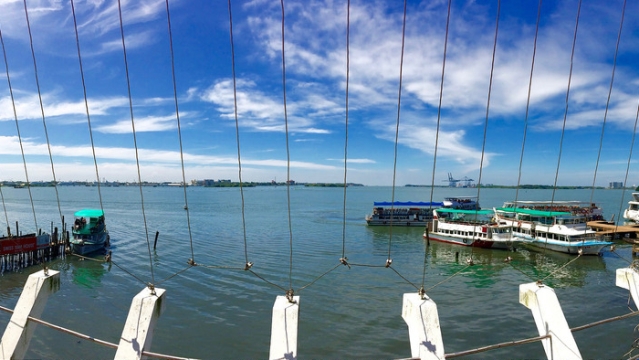 Kerala is known for its achievements in the fields of healthcare and education. With its health and education indicators on a par with the developed economies, the Kerala model of development has been acclaimed across quarters. The key aspect of this model of development was the state’s achievements in the social sector, despite a low economic growth rate.

Notwithstanding its achievements in the fields of healthcare and education, the state has failed to make commensurate progress in attracting private investments. The private sector has played a significant role in advancing the social sector in Kerala. However, its contributions are overlooked in most of the academic literature. The policies of the state are not favourable to the private sector and Kerala continues to bear the tag of being a business-aloof state. The failure to attract private investments has put the state in a serious predicament, hurling its healthcare and education sectors in the line of fire.

With the fiscal position of the state constantly under strain, the government is struggling to fund the requirements of the social sector from the budget. It was in this backdrop that the state’s Finance Minister Thomas Isaac floated the idea to revive the Kerala Infrastructure Investment Fund Board (KIIFB) to mobilise funds from the market. In his budget speech for the fiscal year 2017–18, the minister mentioned KIIFB 55 times, signalling the fact that the future of Kerala lies in the success of KIIFB.

KIIFB is not a novel concept. Initially constituted in 1999 by the then government of Kerala, it aims to provide financial assistance to the loss-making public sector units (PSUs) and fund infrastructure projects in the state. But KIIFB failed in meeting the stated objectives in its first innings. In the period between December 1999 and May 2003, it mobilised around Rs 1,000 crore with the highest interest rate at 13.25 per cent and the lowest at 10.50 per cent. The government of Kerala guaranteed the repayment of the principal amount and interest with a commission of 0.75 per cent per annum.

As per the Kerala Infrastructure Investment Fund Act 1999, the sanctioning of long-term loans for infrastructure projects necessitates the submission of a detailed project report (DPR). Since the board did not receive any DPR, funds mobilised from the market were deposited with the Treasury Savings Bank (TSB) at interest rates ranging from 6 per cent to 13.75 per cent. There is no detailed report on how the funds deposited with TSB were being utilised by the government. It clearly shows that the government was using KIIFB as a platform to borrow funds from the market to meet the budgetary requirements of the state. The report submitted by the Committee on Public Accounts (2014–16) found out that in the whole bond transaction, the government incurred an avoidable loss of Rs 72.03 crore.

Now, the question is whether KIIFB in its second innings will succeed in meeting the infrastructure requirements of the state or will it turn into a liability for the state government. It is argued that since KIIFB is an independent entity, the funds mobilised from the market will not be used for budgetary purposes. However, the funds mobilised from the market through the issue of general obligation bonds will be the responsibility of the government, as they are issued against unconditional government guarantee. Thus, the funds raised through KIIFB will add up to the contingent liability of the government.

KIIFB is also planning to mobilise funds from the market through the issue of revenue bonds. Revenue bonds are backed by the revenue from specific projects. For instance, if revenue bonds are issued to garner funds for the construction of roads, KIIFB should be able to repay the principal amount as well as the interest from the revenue generated from the roads. However, in Kerala, several public campaigns against levying toll set hurdles to collecting toll on newly constructed roads. The Finance Minister of Kerala has also made it clear that the government will not levy toll on roads and bridges constructed by KIIFB. Consequently, the government will have to find alternate ways for the repayment of the principal amount and the interest within the budget. This, in turn, can further deteriorate various deficit indicators of the state.

The plan to step up investments through KIIFB confirms that the government has realised that Kerala has reached a saturation point, where the state cannot move beyond or reach further heights. The plan to revive KIIFB also shows the government’s aversion to private capital, as it wants every project executed in the state to be funded through the government. In its present working structure, it will not be feasible for KIIFB to mobilise funds from the market. Even if KIIFB is successful in garnering funds, it can turn into a huge liability for the government, pushing the state into a severe crisis, as it has not outlined any proper repayment mechanism.

The government should do away with its paternal attitude and make necessary changes in its policies to attract private investments. The government should also recognise the critical role of the private sector in the state’s development activities and its policies should be able to accommodate the sector. Otherwise, Kerala will be trapped in a web of its glorious past, incapable of marching forward to a promising future.