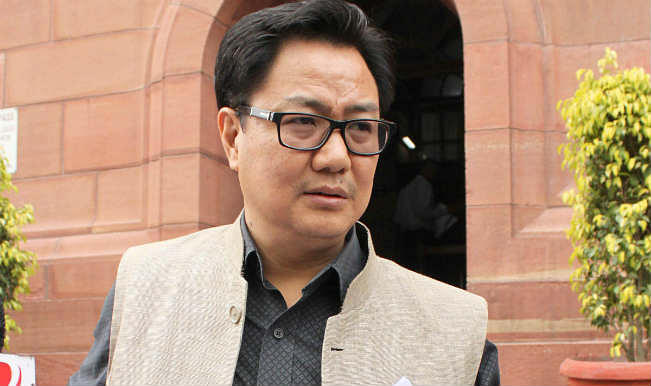 Changing the face of the seven sisters involves not just foreign relation mediation, but also, infrastructural support. The policy reforms introduced by the Modi government, is a step in the right direction.

The North East states border Bangladesh, Bhutan, China and Myanmar. The region is abundant in history, with World War II battle sites in the area. The influx of Bangladeshi migrants makes the region important in terms of influencing demographics in the large states of Assam and West Bengal. China continues to claim Arunachal as their territory. The possibilities of connecting to Myanmar and the ASEAN region, through roads and railway lines, have not been explored yet. Despite the long list of political, military and geographical factors, these states have largely struggled to integrate with the mainstream India.

Today, the 7 North East states – Arunachal Pradesh, Manipur, Meghalaya, Mizoram, Nagaland, Sikkim and Tripura – contribute about a mere 1% to the GDP. Their combined population is around 14 million – less than the population of Mumbai or Delhi. Successive central governments have failed to devise specific plans and policies to economically develop this region.

The performance of the Modi government will be sliced and diced over the next few days in the run up to the first year anniversary. With respect to the betterment of the North East states, this government has undertaken a few small but symbolic and a few potentially high impacting measures in the first year. If the government can maintain the momentum and follow up on the given indications and announcements, it will mark a significant positive departure from the previous governments.

1. A Union Home Minister of State from Arunachal Pradesh

Kiren Rijiju, was appointed as the Minister of State for Home Affairs – a ministry usually reserved for well established politicians, even when it comes to appointing junior ministers. The Home ministry offers a bird’s eye view of national events and priorities and opens up the possibilities of linking them to the interest of the North Eastern states.

Rijiju has had a stellar record as a young MP, and his presence in the Home ministry brings first hand focus on North East matters to Delhi, specifically the understanding of sectarian conflicts ongoing in various states.

The UPA-1 government had cleared the construction of  73 border roads, ranging 3,000 km, alongside the Chinese border in 2006-07. This initiative languished for many years and when the Modi government took over in May 2014, only 19 roads covering 600 km were built. There were two big bottlenecks: the conflicting priorities of Border Road Organisation, which was to build 60 of these 73 roads and forest and wildlife clearances.

Over the past year, Defence Ministry has taken measures to subsume Border Roads Organisation completely, while transferring BRO projects, in non border regions, to Public Works Department and National Highways Authority of India. The government now plans to complete 16 more roads in 2015 and 13 in 2016 – benefiting the states of Arunachal Pradesh and Sikkim, other than Jammu & Kashmir. The Environment and Forest Ministry also provided relevant clearances to speed up these border projects soon after assuming power.

During the India visit of Chinese Premier Xi, the two governments agreed on allowing passage to Manasarovar through the Nathula pass in Sikkim. This was an important step, not just in mediating relations with China, it will help the influx of tourists in Sikkim, with an increased number of Indians expected to choose a motorable road to the famous pilgrimage destination.

4. Infrastructure to Enhance Trade Activity with Myanmar and Bangladesh

India had agreed to start a bus service between Imphal in Manipur and Mandalay in Myanmar, in 2012. No progress has been made on this initiative, since. In an attempt to renew the road construction and creating associated border infrastructure, the Modi government sent an administrative delegation in June last year to Myanmar capital Nay Pyi Taw to revive the project. If this bus service starts as envisaged, this will open up a window to Myanmar and ASEAN countries for increased trade activities and easier movement across the border.

India has also signed a $107 million financial agreement with the International Development Agency of the USA under the aegis of World Bank to construct regional roads across Mizoram, Bangladesh and Myanmar. This is a one of a kind agreement regarding international assistance for better regional, cross-border infrastructure.

The Modi government has made a concerted push to improve power availability and infrastructure across the country, in the first year. One lesser talked about, but important investment has been made in states of Sikkim and Arunachal Pradesh. These states have historically used 66 kV and 33 kV transmission systems, which do not allow linkage to the national regional grids.

A provision of Rs. 4754 crore has been made for the Comprehensive Scheme for Strengthening of Transmission & Distribution Systems (CSST&DS) for the North Eastern region. This investment will upgrade the T&D systems in these two states to 132/220 kV with more than 4,000 kms of new power lines being set up. Power Grid Corporation is slated to complete this project over the next 4 years.

The Cabinet Committee for Economic Affairs also ensured a loan redesign for Power Finance Corporation with RBI intervention which helped complete the Jorethang Loop Hydro Electric Project. This project was stuck for a couple of years with 94% completion. Once commissioned fully, this project will help Sikkim sell its hydro power via improved T&D network and has the potential to make the state debt-free by 2017.

Most of the North Eastern region is not on the Indian railway map, while India readies to celebrate 175 years of rail network in the country. This damning statistic changed for the better partially over the last year. The 2015 Railways budget sanctioned a ₹28000 crore investment into this region’s railway infrastructure. Mendipathar in Meghalaya got its first passenger train with connectivity to Guwahati in November last year.

Later in February this year, Naharlagun, the station 10 kms off from Itanagar got two new passenger trains, one to Guwahati and one to New Delhi. The UPA government did kick off a passenger train from Itanagar during the election season, but due to safety and security reasons, this train had to be stopped very soon. PM Modi himself flagged off these two new trains from Arunachal, which will indirectly also help in mobilisation of troops and armaments if required close to the Chinese border.

Tripura will be one of the beneficiaries of the promised grants from the 2015-16 Railway budget, with Agartala expected to get regular train connectivity. Additionally, Railways is working on a three key projects in Arunachal – one of them being Missamari (Assam) to Tawang (Arunachal Pradesh) connectivity – another strategic investment not just for trade and economics, but also for defence.

In September last year, the government cleared Rs 5,300 crore investment plan for improving general telecom infrastructure in the North East. The plan will ensure 2G mobile coverage for all district headquarters in the region, coverage alongside all national highways and connect 85% of 9,000+ villages in the region currently with no access to mobile services. The government is likely to encourage private players to help in the execution of this plan, it will cover capital and operational costs, net of revenues, for 5 years. This investment will also help promote the IT enabled services, which is another thrust area for North East.

In Nagaland, two Chief Ministers of Myanmar were also invited for the Hornbill festival with an aim to continue improving relationships of people with the local culture, and connectivity taking prominence. The Human Resource Ministry is also working on a plan to have students from various central institutions visit North East states to promote tourism.

Ministry of Human Resource Development is promoting North East students spending time in premier institutes (IITs, NITs, and IISERs), facilitating groups of students from all 8 states (Assam included) spending time visiting these institutes and also arranging for summer training. This is covered under Ishan Vikas program. Further, the ministry has earmarked 10,000 scholarships to be paid via DBT channels to allow students from North East study specific streams in rest of the country.

These schemes are in addition to the existing central scheme Rashtriya Ucchatar Shiksha Abhiyan, which continues to work with regional education institutes to improve their overall academic standards.

Centre has announced some specific initiatives across North East to promote trade and commerce, not just with the rest of the country, but also factoring in export potential.

Each North Eastern state will get an Apparel and Garment Making Centre, and the foundation of the first such centre was laid down by the Union Minister of Textiles, Santosh Kumar Gangwar, in March this year. While the grants will come from the existing UPA era North East Region Textile Promotion Scheme, the thought process now seems to be to increase capex against specific objectives.

Similarly, the government approved viability gap funding for North East BPO Promotion Scheme in January this year. Union Minister of Communication and Information Technology Ravi Shankar Prasad, launched this initiative which was in line with the electoral promises PM Modi made before May 2014 elections.

In the first year of office, Modi government has earmarked about ₹60,000 crore for the development of the North East region, and it appears that the plans are specific and calculated. More importantly, these plans seem to dovetail into larger national priorities of defence strengthening, Look East foreign policy with emphasis on trade as the central driver and trickle down impact of government interventions. This ensures the investments would be subject to higher standards of scrutiny and accountability.

There have been a few hot potatoes too. The Centre will have to quickly solve problems like settlement of Bru migrants, Naga insurgency and resultant violence and migration from Bangladesh resulting in law and order issues. Most recently, the Centre also got in a tiff with the Arunachal Pradesh government over using Armed Forces Special Powers Act across the state, which the state government protested and eventually prevailed.

On the balance, it looks like the government has prioritized the North East region in the right earnest. It will now be important to sustain momentum and see that the various ideas and schemes are taken to a logical, successful closure.