Low Oil Prices And Our Environment: Is It Time To Levy A Carbon Tax? 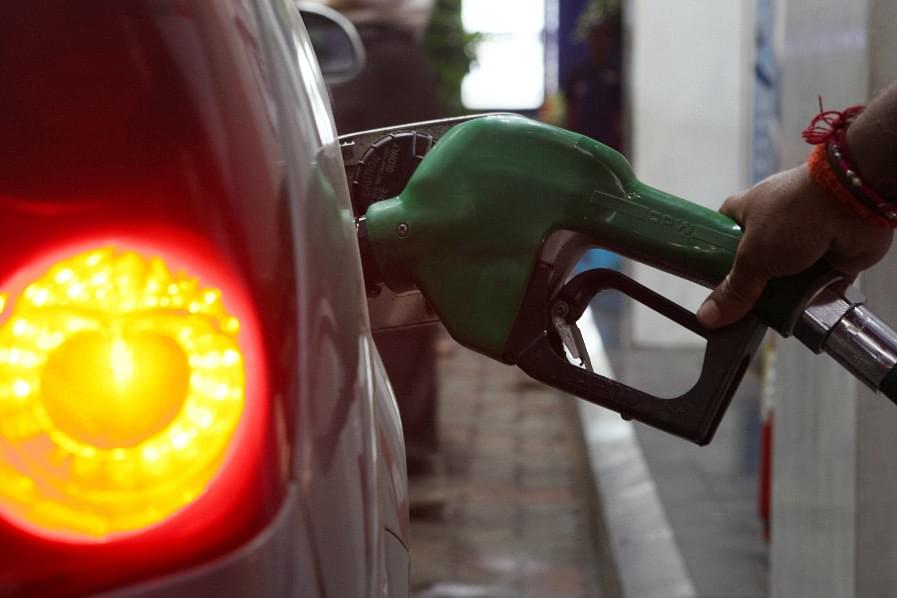 A car owner gets his fuel tank filled at a petrol-pump at Prabhadevi. (Anshuman Poyrekar/Hindustan Times via GettyImages)

The first ‘oil shock’ in the 1970s had several implications for the American economy with one of them being the emergence of more efficient Japanese cars as a dominant force in their automobile market.

It is obvious that the price of petroleum products has an impact on our choice of an automotive vehicle (given our income remains unchanged or ceteris paribus).

A related substitute of the internal combustion engine has been the development of renewable energy and electric vehicles over the last couple of decades. The key thing that made the development of such technology and its mass production was undoubtedly the high oil prices that were seen during the first decade of the twenty-first century.

These high prices were observed until the US emerged as the biggest producer of oil thanks to the shale revolution.

High oil prices have been an important catalyst for innovations in renewable energy and they have been a catalyst in favour of energy-efficient combustion engines. The likely reversal of high oil prices is important at a time when the world is witnessing significant changes in climate patterns.

We are officially living at a time when we can no longer deny climate change as we are just starting to witness its impact across different parts of the world.

Low oil prices at such a time can delay widespread adoption of electric vehicles and can dissuade further investments in research on alternative cleaner fuels.

The question is whether the world can afford to wait for a few years for such a transition and unfortunately, the answer to this is that it cannot as we are already late.

There is indeed a need for global policy-makers to come together with a comprehensive and coordinated strategy to combat climate change while having a separate mitigation strategy for some of its economic impacts on livelihoods.

Luckily, India has taken some measures such as the International Solar Alliance, which are geared in this direction.

However, a lot more needs to be done and several countries have to agree to such interventions while backing them up with significant financial resources.

However, one simple policy instrument that must be considered is a carbon tax on petroleum products. Such taxes have been discussed and also implemented by several states in the past.

This is important in the context of India as the central government increased excise by Rs 3 at a time when retail prices have reduced by around Rs 5 to Rs 8 over the last few months in different parts of the country.

Moreover, in the Finance Bill, the government increased the cap on excise duty on oil prices from Rs 10 to Rs 18, signalling the possibility of higher excise duty in the future.

State governments too have increased the value added tax (VAT) on petroleum products over the last few weeks. While these moves are driven by the objective of generating more tax revenue, they have also been criticised for not allowing a full pass-through of petrol prices.

A full pass-through of the same would make little sense given that Brent Crude was trading at $24 a barrel and indeed, the world has not witnessed such moderation in decades.

The near-death of intervention in oil markets by Organization of the Petroleum Exporting Countries (OPEC) suggests that oil prices are more likely to be demand determined, and the current coronavirus (Covid-19) disruption would ensure that oil prices remain at a lower rate.

But this is precisely why governments must act and intervene with the objective of levying a tax to combat emissions and promote sustainable practices such as electric vehicles.

Amidst the slowdown of the global economy, catalysed by the Covid-19, the gains from the oil tax windfall almost come as a boon to the Indian government.

Some of this will be ostensibly utilised for income support programmes and other welfare interventions, especially if the current economic disruption continues in the months to come. In this situation, our ethical responsibilities towards our planet should not be forgotten.

As part of the Paris Agreement, India has set ambitious targets for itself in its intended nationally determined contribution (INDC).

One of these targets is to reduce the emissions intensity of its gross domestic product (GDP) by 33 per cent to 35 per cent by 2030 from 2005 level.

If consumer prices are lowered in the same proportion as the crude oil prices by the government, it can jeopardise the achievement of these targets and undermine our existing efforts to achieve this goal.

One of the problems associated with petroleum products or in general with environmental goods such as clean air etc is that a market for them does not exist and therefore, people do not include the negative costs to the environment due to the use of a petrol or a diesel engine in their running costs.

That is, the externality cost is not internalised. A carbon tax is, therefore, an important instrument for this precise purpose as it corrects this market failure.

Low oil prices have a cost and that cost is in the form of delay in the adoption of cleaner technologies and an increase in emissions over a period of time.

Therefore, while low oil prices are an excellent fiscal opportunity, they reinforce the need for a stronger policy action, which aims at correcting for a market externality.

The latter need not be linked to the situation of lower oil prices but must, in fact, be a self-adjusting tax that ensures a smooth transition to cleaner fuel over the next couple of years.