Make In India And Make For India Debate: A Student’s Take On Manufacturing A New India 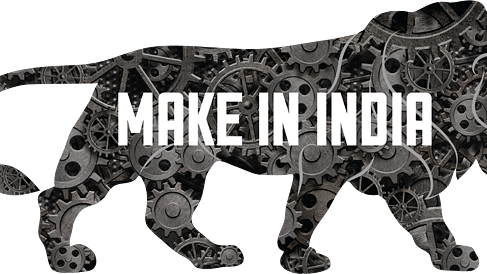 Economists are fascinated by the South-East Asian countries’ export-led growth model and the recent rise of China as a manufacturing super-power.

After the new Modi government came to power India has put its focus on the manufacturing sector. The “Make in India” programme aims to encourage manufacturing in India.

However, even this ambitious plan has come under the long hard look of the RBI Governor Raghuram Rajan. In a famous speech he warned against the possible perils in pursuing an export-led growth model. His call was for “Make in India” being largely for India. Rajan has the credentials of predicting the sub-prime crisis in 2007, therefore it is imperative to critically analyse the issue of Make in India vis-à-vis Make for India.

Economic growth of all developed economies has followed a certain clock-like path. The developed countries had primary sector at the frontier of growth first, touching on the pre-industrial era; followed by manufacturing industries becoming the centre of the growth providing maximum revenues and employment to masses; and finally came the phase of transition to service economics, indicating the post-industrial era.

The reason behind this discrepancy lies in the lackluster growth of the manufacturing sector. Only the manufacturing sector, with its ability to absorb labour of low as well as medium skills, can employ masses and help us reap the demographic sweet spot. Aware of all these concerns, the Government of India embarked upon a mission to turn India into a manufacturing power-house by inviting foreign and local stakeholders to leverage India’s cheap labour and make it the “factory of the world”.

The success of the policy adopted for “Make-in India” is contingent upon trends in the international economy and on domestic issues. This, essentially, implies that the nature of policy adopted for industrializing India will depend on the state of the world economy, given international demand has been slow since the crisis and nadir commodity-prices have put serious constraints on exports.

Make in India, as stated previously, takes cues from export-oriented growth. Leveraging the cheap labour and other resources to keep costs low will boost exports to strengthen the domestic production base.

On the other hand, Make for India entails production for consumption in India itself. Given that India is one of the largest consumer markets, the concept of “Make for India” could be a gamechanger. Not only does it make our growth independent of the international economic scene, this helps to take care of India’s specific needs in view of high poverty levels in the country. It builds upon the idea of creating a symbiotic production-consumption cycle in India itself.

The difference between the two can be explained with an instance. Say, India exports leather goods. Now the demand for such goods depends on the economic situation of importing countries which, as of now, do not have good economic prospects. As a result, the leather industry becomes vulnerable to international markets. However, if those goods were produced for Indian consumers, many hitherto poor consumers will now be interested in buying more things. This may be more sustainable in the long run.

Another crucial difference between the two lies in the focus area. Make in India will be geared on “manufacturing” as a prime moving force while Make for India may or may not be solely based on “export-styled manufacturing”. This sectoral favouritism for high growth may not be viable given the state of our manufacturing units.

In India, Micro, Small and Medium Enterprises (MSME) sector is the most labour intensive industrial segment. Reports by OECD assert that 65% manufacturing employment stems from these MSME units. Hopes of Make in India hinge on this sector.

But the MSME sector’s labour productivity is low. If this sector were chosen as a key pillar of growth by giving parental allocation of resources and credit, it just might end up in a towering number of large inefficient units. This might further stress the already stressed banks who are reeling under the high Non-Performing Assets(NPA’s).

Make in India also smacks of the old Import Substitution Industrialization. That experiment failed, but it still inspires Indian policy-makers to make the same old mistake again. This is based on production economics rather than consumption economics. In this epoch of internationalization of production, producing for import substitution might not be doable. It would be far easier to hack into global chains and be a part of a larger process rather than creating a secluded zone of production.

In this scenario, only a very specific mode of manufacturing policy can address the need and Make in India does not appear to be solving the nature of problems India is currently facing. The way it affects, Make in India versus Make for India debate is our policy choice of producing low quality goods for Indian markets or producing inexpensive products for foreign consumers. The two choices , however, do not operate in the same industrial setup; production process will have to be tactically designed specifically for either choice we make.

The Make for India choice leaves or rather forces us into a low-quality level equilibrium and in future, it might get hard to escape such equilibrium. Given the market dynamics, it is difficult for manufacturers to re-orient production lines to meet export markets.

Make-in India will require a quantum jump in technological and professional expertise, which only a small workforce in India possesses, and a very dynamic infrastructure as well as policy environment, which hardly exists. To achieve this model, a large investment in R&D and infrastructure is needed, but this will re-orient entire manufacturing towards foreign consumers making it difficult for the Indian consumers as they seek low/medium quality goods and export-quality material is not affordable to them.

Can The World Accommodate Another China?

If two big economies start competing for producing cheaper goods, it will become a race to the bottom for both. Also in the scenario of both the economies losing profits, it will make the economics of scale of producing cheap products unviable. China has embraced this emerging reality of lowered world demand and production lines have already started moving, not to India but to Vietnam and other countries. So, our comparative advantage is being lost to South-East Asian nations who can make things work with rock-bottom labour wages. India with all its labour laws and regulatory complexities may drop a bundle.

Another key development has been the Trans-Pacific Partnership (TPP) deal. Though it looks like another free trade deal, it has a strong geo-political angle which is primarily excluding China and India out of the world trade. TPP is a 21st century deal, in regard to its commitment for higher labour, environmental standards and strong emphasis on Intellectual Property Rights.

Now, given China and India both cannot adhere to these standards, they cannot be a part of this deal. It poses a key danger to India’s Make in India dream. Our strengths presently do not allow us to become member of the TPP, so until we develop more and can adhere to higher standards, we should focus on Make for India. A sufficient development at home for a decade will make us capable of exporting quality goods while adhering to all standards.

Whether we choose Make in India or Make for India, it will also affect the pattern of resource usage. Make in India will orient the resources for producing high quality goods for foreign consumers. Not only will it decrease the amount of resources available for Indian masses but also produce goods which have no use for India. This will introduce a “luxury bias” in Indian production system and it will make the life of millions of the poor strata more stressful as they won’t have cheaper goods.

Make for India, antithetically, might take a decentralized approach to development, where local resources will be used to produce goods for the local population. India needs this approach mainly because the growth we have had in the last two decades had differential fruits for different groups. Usage of local resources for outside use has been a universal theme for conflict and under-development. Make for India can help India have a balanced growth for its population. Inclusive is already a recognized priority in India and should be adopted through Make for India.

Make in India shows a continuity with previous approaches of industrialization in India, focusing on non-consumer goods, leading to situations much the same as that of having a big foreign company producing potato chips for India and earning billions. This calls for tweaking of our developmental approach. Make in India shows the same proclivity for skewed growth in view of inter-sectoral parity.

Make in India almost loses sight of the fact that agriculture is still the key employment provider. Make for India can have a rather different approach towards agriculture. We know that India itself has a large consumer base. Ergo, treating agriculture as an industry will solve both the farmer suicide problem as well as the ubiquitous food inflation problem, which we are facing from the last few years and bound to face it more prominently in the future given our growing population.

Both Make in India and Make for India are outcomes that generally bode well for India. Though they differ in approach, they have a similar aim of developing India and have considerable overlap. Both need an underlying climate that is crucial for success.

Economies do not grow according to a specific model, however hard we try. We need to create a hybrid model which satisfies the domestic developmental deficit while giving considerable policy space for dynamically adjusting to international economic climate. The emerging fourth industrial revolution essentially requires a blend of Make for India and Make in India.

Whatever be the final approach we choose, the quintessential pre-requisite is domestic legal/financial reforms. India has vexed taxation structures having an adversarial taxation bureaucratic environment. The regulatory regime for businesses is still not development friendly neither for Make in India nor Make-for India. The reforms at home will be the key contributing factor to India becoming an industrial power.

Darshan is a final year student of Engineering Physics at Indian Institute of Technology.