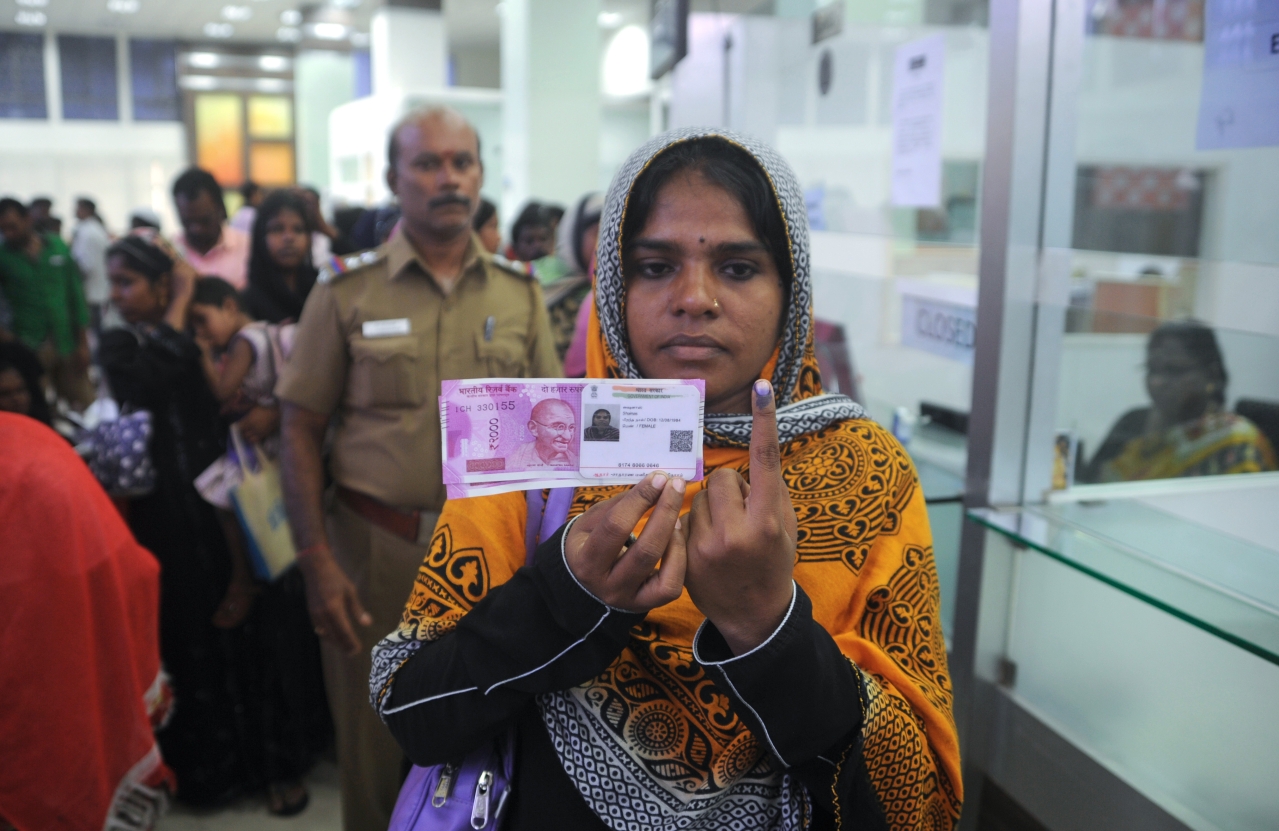 Exactly why has the Narendra Modi government cut back on a programme that will be a big boost to its welfarist credentials?

In his post-demonetisation speech on 31 December, Prime Minister Narendra Modi announced that a pilot programme in 53 districts giving Rs 6,000 cash to pregnant women going in for institutional deliveries would be rolled out nation-wide. This was the Indira Gandhi Matritva Sahyog Yojana (IGMSY) launched in 2010.

When it was launched, beneficiaries got Rs 4,000 each for the first two live births. Later, under the National Food Security Act, the payment was increased to Rs 6000.

Under the scheme, pregnant women who are 19 years of age or older get half the amount on registering her pregnancy at the anganwadi centre within the first four months, attend pre-natal counselling sessions and take iron tablets and tetanus shorts. The second and final instalment is given three months after delivery, provided the mother registers the birth, gets the child immunised at the scheduled times and brings it for growth monitoring. She also has to exclusively breast feed the child for six months and attend growth monitoring counselling sessions. The idea is to compensate for the loss of wages during pregnancy and first few months after delivery and incentivise better child care.

The decision for a national rollout of the scheme earned Modi much applause, though the perpetual critics did carp and pointed to the lack of budgetary allocation for this in Budget 2017-18. On 17 May, however, the cabinet decided to limit the benefit to only the first live birth. No doubt, the decision must have been prompted by fiscal constraints, but is this a programme that should have fallen victim to a lack of funds?

This is an important programme. Though India’s record on maternal and child health has been improving over the years, it is still quite pathetic. The maternal mortality rate (MMR) is 167 per one lakh live births in the year 2011-13, according to NITI Aayog data. The World Health Organisation, whose method of calculation puts the MMR at 174 per one lakh live births, says India accounts for 17 per cent of maternal deaths.

According to the Fourth National Family Health Survey (NFHS-4), 2015-16, the infant mortality rate is 41 per 1,000 live births, and the under-five mortality rate is 50 per 1,000 live births. Fifty per cent of pregnant women are anaemic. Only 8.7 per cent of children in the 6-23 months age group receive an adequate diet. In all these indicators, rural India lags urban India.

This is not a foundation on which a developed nation can be built. This is a problem that needs to be addressed urgently and seriously. Limiting the benefit to just the first live birth is, by no means, a serious intervention. It is also puzzling since the two-child norm has been the basis of all family welfare interventions for quite a long time. Limiting the benefit to only the first two live births is understandable; cutting it down to just the first is not.

This will not help instil a preference for institutional deliveries in families. The number of institutional births may have improved greatly from 38.7 per cent in NFHS-3 (2005-06), but the 78.9 per cent figure in NFHS-4 is not something to boast about.

The scheme was not doing badly, going by a quick evaluation survey by the NITI Aayog. There was high level of awareness about the programme on the part of beneficiaries and non-beneficiaries. Over 90 per cent of the beneficiaries across the surveyed states were aware of the eligibility conditions (barring Odisha where none of the beneficiaries was aware of this), over 80 per cent knew about how much they were to get and how to get it. At least 99 per cent had got their mother and child protection cards, had registered their pregnancies, taken their iron tablets, taken the required vaccinations and attended the required pre-natal and ante-natal counselling sessions.

There were, however, some issues in cash transfers by states. In Odisha, the survey showed, Rs 5,000 was given to beneficiaries in four instalments. Tamil Nadu gave Rs 12,000 to every pregnant woman, adding its own scheme to the IGMSY, but payments were often delayed. Delayed and lumpy payments were also reported from other states like West Bengal, Bihar and Uttar Pradesh.

The fact that the scheme had a high take-up despite these problems shows there is a need to improve the way it is implemented, rather than cutting back on it. Limiting it to just one child also puts the burden on women. In many instances, especially in rural areas, child-bearing decisions are not their own. The family which compels a woman into repeated pregnancies may not be bothered about her health or the manner of delivery.

The cost of the scheme (for just one child) for the period from 1 January 2017 to 31 March 2020 is estimated at Rs 12,661 crore, of which the central government will pitch in with Rs 7,932 crore. This means it is bearing the bulk - 62 per cent - of the cost. No doubt, the states also have a role to play. They wanted greater flexibility in social sector spending, and the Fourteenth Finance Commission (FFC) has given them that in terms of more untied funds. So they should chip in with more. But certain national priorities should perhaps not be left entirely to the vagaries of state-level peculiarities. Immunisation and maternal and child care should be among these national priorities. Of course, this will mean greater central monitoring and states should not object to that.

The Modi government has been taking pride in the fact that savings in LPG subsidies have been used to give poor people access to gas cylinders. The government also keeps boasting about huge savings under various schemes because of direct benefit transfers. Why not then channel those savings into this scheme, which is so essential for the health of the nation and the economy?

Seetha is a senior journalist and author
Get Swarajya in your inbox everyday. Subscribe here.
Tags:
84 Shares