Meat In India: Brazilian Chicken To Enter Country, But Here’s Why Our Poultry Industry Needn’t Panic 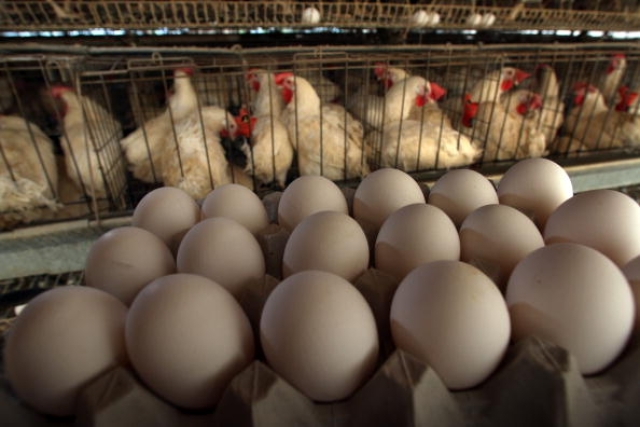 In the next few weeks, a new chapter will be written in the Indian poultry sector when the first consignment of Brazilian meat processor JBS SA and its Seara Food Product of chicken thighs and leg quarters arrives at the Jawaharlal Nehru Port Trust in Navi Mumbai.

Last week, Thomson Reuters reported that JBS became the first Brazilian firm to be given permission by India to sell its products.

Until early 2018, poultry exporters found it hard to enter the Indian market. But after the US dragged India to the World Trade Organisation and won its case, New Delhi has changed import rules, facilitating imports of poultry products, mainly chicken from abroad.

The imports have been facilitated by changes made in the health certification. Earlier, India had a certification process that did not allow import of poultry products from countries where there were instances of avian influenza.

It had used the term “infectious or contagious disorders” in its regulations preventing countries like the US to access Indian markets. India’s case was that the presence of any virus or bacteria in these shipments could harm its poultry.

The WTO, however, dismissed India’s plea after obtaining the views of experts from the World Health Organisation and World Organisation for Animal Health and Food and Agriculture Organisation.

Following this, India began to allow poultry imports. Coming into the country as poultry imports are mainly chicken thighs and leg quarters or legs of the chicken.

The import of chicken into the country may be a recent development, but for the Indian poultry sector, it is a testing period. Poultry producers have expressed concern over the imports entering the country.

Poultry producers argue that they could end up losing at least 25-40 per cent of their profit in view of the imports. The important concern for the industry is that the US and others like Brazil will be mainly shipping chicken thighs and legs to India and other third-world countries.

The fear of the poultry industry is that exporters like the US and Brazil could be shipping out these parts of chicken at a cheaper price as there is no demand for them back home.

Since producers in these countries might get their profit margins by selling the breasts in their own countries, they could afford to offer the other products at a competitive price to importing nations.

If the Indian poultry industry were to be affected by this development, then it could lead to other repercussions like growers of soybean and maize (corn), which go into the making of compound feed for poultry animals, being affected.

Union Commerce Minister Suresh Prabhu has discounted the fears, saying US poultry products have not found any favour in India. He has said that poultry imports were frozen products and only a small section of the domestic market could be consuming them.

This, according to Prabhu, could be less than five per cent. The centre was committed to ensuring fair trade and profits for the local industry, though, he added.

Probably, the Commerce Minister has a point. According to Shayle D Shagam, livestock analyst, World Agricultural Board, US Department of Agriculture (USDA), broiler meat exports from the US are forecast to increase one per cent to 3.24 million tonnes (mt) this year from 3.21 mt last year.

US record broiler exports touched a record 3.33 mt in 2013. This is an indicator that response to US poultry meat has been lukewarm until now.

Brazil leads in chicken meat exports, shipping out 4.28 mt in 2017, while the US shipped 3.14 mt. The USDA says that experts believe demand for processed chicken is growing between 15 and 20 per cent annually in India.

One of the reasons for Indian consumption being lower is that Indians, nearly 80 per cent of them Hindus, avoid consuming meat during festivals and auspicious periods like the months of Shravana and Karthikeya and Navratri besides some days like Tuesdays and Saturdays.

Despite all these, there is enough scope for poultry consumption to increase in India. No doubt, the industry could be worried over increasing sources of poultry imports.

Far from being worried, the Indian poultry sector should improve its efficiency and competitiveness. Since there is a good potential for the sector to grow, it should try and tap it.

In particular, when there is great demand for fresh meat, the Indian industry should play to its strength to overcome the competition from cheaper frozen products.

The domestic poultry industry will have to learn to innovate and face domestic competition. On its part, the centre should promote exports of poultry items like boneless chicken that are in great demand in countries like the US.

If India finds enough proof that chicken products are being exported to India by countries like the US or Brazil, it has the options to initiate anti-dumping or safeguard duty provisions, which are permitted under World Trade Organisation agreement.

In short, the Indian poultry industry need not panic over these imports as it has plenty of options to safeguard its interests.