Modi May Not Get Demonetisation Bonanza From RBI, But Tax Base Is Set To Soar 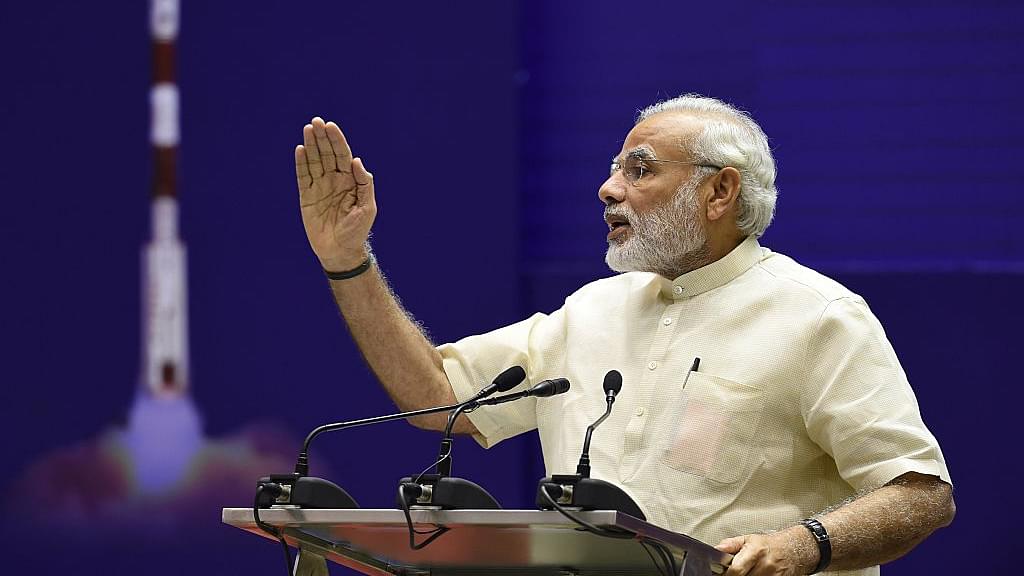 The massive surge in deposits made with the banking system (Rs 8.44 lakh crore until 27 November, which is nearly 60 per cent of the Rs 500 and Rs 1,000 notes outstanding) suggests two things: that either there was very little black money held in cash, or that most of the black money is coming back fast into the system.

The government’s tearing hurry to push through its Taxation Laws (Second Amendment) Bill 2016, which has provisions to impose a tax of 50 per cent on undisclosed incomes resurfacing as deposits, is indicative of this fact. If the dash to make deposits had not accelerated so quickly into the demonetisation effort, there would have been good reason to suspect that most of the black money may well have become trash. Now, of course, the opposite seems likely to be the case.

If the bulk of the Rs 14-lakh-and-odd crore outstanding in terms of the demonetised currencies is now being deposited in banks by hook or by crook, one can speculate that more than 90 per cent of the cash will be back in the banking system by 30 December.

This means the notes left outside the banking system after 30 December will not lead to any large spike in the Reserve Bank of India’s (RBI) profits (due to liabilities being extinguished). Thus, not much will get transferred back to the government as dividends. There may be no dividend bonanza for government, at least not on the scale of Rs 1.5-2 lakh crore that has been speculated about earlier.

However, there is one huge gain – and this could sustain. The sudden influx of cash deposits into the banking system means that suddenly the taxpayer base will expand dramatically.

The tax department’s latest figures (for fiscal 2013-14) shows that 5.15 crore Indians paid taxes, even though only 3.91 crore filed returns. One can presume that by this financial year, the 5.15 crore figure would already have spiked substantially. If the taxman asks those reporting higher deposits or business earnings to file returns, there will be another large gain in terms of the taxpayer base. This base is bound to start paying taxes in the coming years.

To make this growth in the taxpayer base persistent and ever-expanding, the government needs to do one simple thing: it should issue PAN cards to all Aadhaar card holders who are adults – and who are of working age.

There are more than one billion Aadhaar cards in existence, and the government has thus far tried to ask taxpayers to voluntarily link their PAN numbers to Aadhaar numbers. Now it can do the reverse, by unilaterally issuing PAN cards to all adult Aadhaar number holders of working age, and then asking them to quote PAN in various transactions. Those with amounts of more than, say, Rs 3 lakh can be asked to file returns from this year.

The second thing worth doing is to bring back the Banking Cash Transaction Tax (BCTT), introduced by P Chidambaram and abolished by Pranab Mukherjee in 2009). The BCTT taxed cash withdrawals above a certain limit at 0.1 per cent.

If the BCTT is applicable to all cash withdrawals above, say, Rs 10,000 a month (with no exceptions) and, simultaneously, card or digital payments are discounted by 1 per cent, India will be weaned off cash faster and more permanently and sustainably. The BCTT can be raised to 0.5 per cent for higher levels of cash withdrawals, and to 1 per cent for cash drawn above, say, Rs 1 lakh, so that everyone is nudged towards the cashless system.

Narendra Modi’s demonetisation may not bring him any worthwhile windfall cash dividend from the RBI, but he has just made it possible for the economy as a whole to gain from this shock treatment.