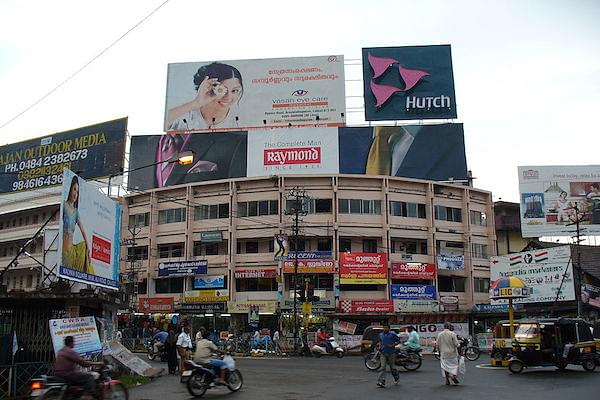 The South Indian state of Kerala is often slated for its low-level of industrialisation and deteriorating agriculture sector, subduing employment generation in the state. The unemployment rate of Kerala stands at 7.4 percent which is more than three times the national average. However, even in this milieu, Kerala is deemed a rich state with a high per capita income. As per the Economic Review (2015), the per capita income of the state stands at Rs 1,15,225 which is higher than the per capita income of India, by over 50 percent. This is due to the heavy inflow of remittances.

Remittances constitute the backbone of the economy of Kerala. Hence, the oil crisis in the Middle East is generating a wave of panic across the state. Kerala is already going through a phase reminiscent of a crisis with mounting fiscal and revenue deficit. The declining trend in remittances to the state is an added threat. During the third quarter of 2015–16, remittances to the state declined to Rs one lakh crore. According to the Kerala Migration Survey (2014), the total number of emigrants from Kerala stands at 0.24 crore with more than 90 percent of them in the Middle East.

As per the 2011 census, the total population of Kerala is 3.36 crore of which 12.6 percent are above 60 years of age. Kerala tops the list among the Indian states where the percentage of the elderly population to the total population is taken into account. This throws light on the fact that the population of Kerala is ageing quickly and the state is moving to the next stage of demographic transition. The mushrooming of old age homes in the state is the best example to support this argument. A large percentage of the elderly population in the state is highly dependent on the money sent by their children abroad. With a dip in remittances, the greying population will be adversely affected and it can be a font for another crisis.

The spending spree of Keralites can be attributed mainly to the increasing flow of remittances to Kerala. High levels of income have led to a commensurate increase in the level of consumption with high spending on consumer durables, real estate and a move towards institutions providing better quality services. In order to match the increased demand, there was heavy investment in these areas. The proliferation of multi-speciality hospitals, private schools, shopping malls, flats and villas across the state are mostly due to the NRI culture in Kerala. Even though the population of Kerala constitutes only 2.76 percent of India’s population, the state is home to Asia’s largest shopping mall— Lulu Shopping Mall. In this case, too, the investment was made by an NRI industrialist from Kerala.

The CRISIL prosperity index puts Kerala in the second position, next to Punjab. As per the index, a prosperous state has a high proportion of households owning four durable assets— a television, computer/laptop, two-wheelers and four-wheelers— as well as a low proportion of households with no assets at all (neither radio nor bicycle in addition to the above four assets). Remittances, thus, have played a major role in raising the standard of living of people in Kerala.

Any reversal in the remittance flow will negatively affect the consumption culture in the state. A recent data published by the Motor Vehicles Department confirms the fact that there was a drop in vehicle purchasing in Kerala. The growth of passenger vehicles sales in Kerala was only about two percent in the financial year 2015–16. The fall in registration of new vehicles in the state is mainly due to the changing scenario in the Gulf region, compelling Keralites to cut back their spending in consumer durables. Thus, the fall in remittances is bad news not only for consumers but also for investors in the state.

It also presents a gloomy picture for the Finance Ministry of Kerala. In the first budget of the Left Democratic Front government, Finance Minister Thomas Issac proposed the idea of mobilising additional resources from the market through the Kerala Infrastructure Investment Fund Board (KIIFB). The minister aims to muster around Rs 1,00,000 crore from the markets, eyeing mainly remittances. By issuing bonds through the KIIFB, the government plans to raise funds outside the budget for taking up various infrastructure projects in the state. The decline in remittances raises doubts on the success of the KIIFB in augmenting infrastructural development in the state. It is ironical that the state thought of utilising the remittances when it started declining.

Another challenging issue is with regard to the return emigrants. If we analyse this trend, along with the increase in the number of emigrants, there is a corresponding increase in the number of return emigrants from abroad. The number of returnees has increased from 7.4 lakh in 1998 to 12.5 lakh in 2014. During the same period, the number of emigrants increased from 13.6 lakh to 24 lakh. The state was able to absorb such small shocks, as the emigrant populace of Kerala was huge. The nitaqat law that was implemented in Saudi Arabia between 2011 and 2013 did not exert much influence on remittances to the state. But if the oil price crisis continues, the scenario will be much different.

The people who moved to the Gulf region have acquired more skills during their stay abroad. When they return to Kerala, the market in the state is not ready to absorb the skilled workforce. So, how can Kerala survive this crisis?

There cannot be an immediate solution. However, in the long run, the state should ponder more avenues through which it can generate more income and become less reliant on remittances. The most important requirement is to shake off its image of not being an investor-friendly state. Rather than sending its people away, it should be able to attract skilled people from across the globe. The ease of doing business in Kerala is not in a positive situation until the returnees are able to set up businesses of their choice with the skills that they have gained from their exposure while living abroad.

Political parties, as usual, will cry for a support system and pensions for returnees. That is not a permanent solution to the problem. What is required now is to catapult the interaction between the skill sets of the returned workforce and a climate of positive investment.