MPC Finally Returns To Its Original Mandate? Or Was That An Aberration? 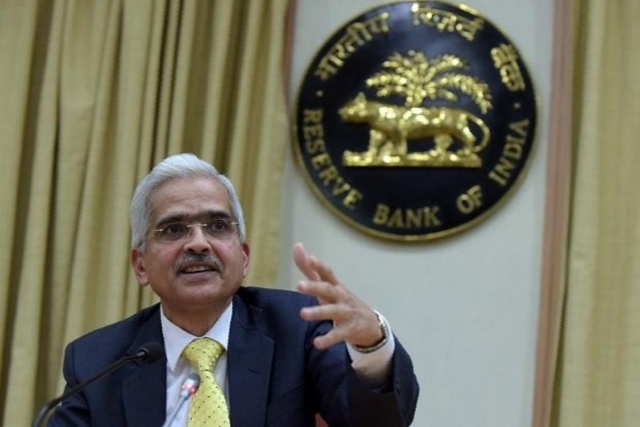 Many are aware of my disagreements with the way monetary policy has been conducted over the last few years in India. A fundamental reason behind this has been the excessively tight monetary policy under the previous Monetary Policy Committee (MPC).

Now, we have a second MPC in place which had its first policy meeting this week and it decided to keep the policy rates unchanged.

That policy rates would remain unchanged was given, despite the gap between our potential output and actual economic activity.

In many ways, this happens to be a rare occasion where I agree with the need to keep rates unchanged - a first in many years. However, the rationale behind holding rates steady is that the spread has increased – or that, the lending rates are yet to moderate.

While interest rates are important, what is worth recognising is that apart from interest rates, instruments such as money supply are also critical.

There is evidence that unconventional monetary policy such as operation twist—which is selling and purchase of bonds of differing maturities simultaneously along with aggressive open market operations—has become handy for central bankers trying to push transmission of rate cuts.

This is because these instruments directly affect the supply of money, bond yields and effective cost of capital. Going forward, one should expect more such measures and the RBI has indicated the same.

The key takeaways from the RBI press conference had more to do with the RBI and the MPC looking at inflation as temporary and due to supply disruptions. This is in contrast with the previous MPC meeting where we were cautioned about the prospects of inflation resulting in higher inflationary expectations which would subsequently be required to anchor by the monetary bosses.

This difference in the view of the MPC is important as it signals a deviation from the pre-defined inflation targeting framework – or not. The reason it is not a deviation is because the RBI and the MPC seem to be reverting back to what the original monetary framework was meant for. That is, to keep the inflation on an average between 2-6 per cent.

The real deviation happened under the erstwhile MPC as it looked at 4 as the de-facto inflationary ceiling while keeping the monetary policy too tight – which invariably slowed our growth substantially and created significant problems in our banking sector.

Thus, if there was a deviation, it was between 2016-2019 and there now seems to be a correction – or rather a reversion to a more rationale and sane monetary policy.

Part of this could be because of a new governor at the helm of affairs and part of it is because a new MPC comes at a time of a significant output gap.

The statement yesterday also indicated that the accommodative stance could well continue till the next financial year, which would illustrate a staunch commitment towards ensuring full economic recovery.

This is important as many, including myself have repeatedly cautioned about withdrawing policy support without full recovery – which could take up to 3-4 quarters from now.

In times of economic crisis, monetary-fiscal coordination becomes of essence and the recent announcements of accommodative stance by the RBI are indicative of the same.

We could very likely see continued policy support even on the fiscal front going well into next financial year till our growth recovers.

Extending some support to state governments and measures to provide cheaper credit to those thinking about purchasing houses are again measures that are attempting to revive economic activity.

The RBI has also come out with its growth forecast for the financial year – and while it may be too quick for this author to give a precise figure of economic contraction in the present financial year, the current forecast of the RBI seems to be too pessimistic.

This forecast, while consistent with many other forecasts by other organisations such as the World Bank and leading investment banks, is perhaps, based on the pretext of no further fiscal policy support.

But a word of caution here, we are in the third quarter of the financial year, the second quarter was primarily a period of reversion to the pre-Covid economic levels and we still have a bit of catching up to do. It is difficult to be accurate with any forecast just yet as we still need to look at one, how the economy responds post normalisation of economic activity; and two, the impact of the festival season and whether the momentum generated during this period is sustained for the rest of the financial year.

Moreover, we do not know regarding the progression of the disease and the prospects of a second wave. Therefore, we must recognise that the forecasts are likely to be revised.

The disagreement is with the RBI saying that the risks are more to the downside, that is, we could contract a bit more than what has been estimated. In contrast, I believe that the contraction could also be a bit less than being anticipated while I acknowledge the RBI's view that it could be a lot more too.