Mr Jaitely, Where Will The Money For Public Investment Come From? 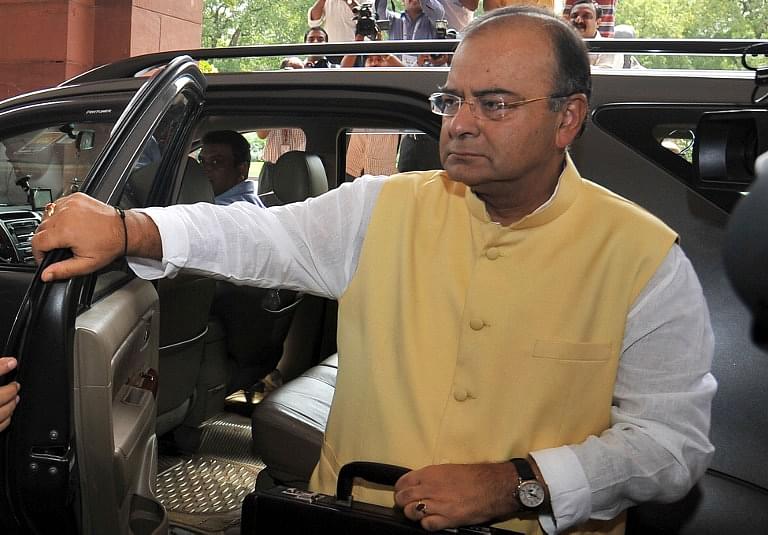 The idea of running deficits during bad times as suggested by John Maynard Keynes has become permanently etched in the minds of politicians. But are they aware of Keynes’ view on running surpluses during good times?

On the last page of his magnum opus The General Theory of Employment, Interest and Money, the British economist John Maynard Keynes wrote:

The ideas of economists and political philosophers, both when they are right and when they are wrong, are more powerful than is commonly understood. Indeed, the world is ruled by little else. Practical men, who believe themselves to be quite exempt from any intellectual influences, are usually the slaves of some defunct economist.

One of the ideas of Keynes that has never become ‘defunct’ so to say, is that of governments needing to spend more when the economy is in trouble. In The General Theory, Keynes went to the extent of saying:

If the Treasury [i.e. the government] were to fill old bottles with banknotes, bury them at suitable depths in disused coalmines which are then filled up to the surface with town rubbish, and leave it to private enterprise on well-tried principles of laissez-faire to dig the notes up again … there need be no more unemployment and, with the help of the repercussions, the real income of the community, and its capital wealth also, would probably become a good deal greater than it actually is. It would, indeed, be more sensible to build houses and the like; but if there are political and practical difficulties in the way of this, the above would be better than nothing.

How would this help in reviving the economy during bad times? Raj Patel explains this in The Value of Nothing as follows:

Keynes suggested, rhetorically, that if they lacked the imagination for anything more creative, governments could simply bury bottles of money under tons of trash, and that this would help get the economy going. It may sound bizarre, but it would certainly be worth someone’s while to dig up free money. To find these banknotes would require workers. Those workers would need to pay for food and shelter and everything else they needed to survive while they dug.

The grocers who fed them and the landlords who rented to the workers would then have cash to spend, which they would use to buy other goods, and so on. This is called the “multiplier effect,” and it’s the added return that a government gets from spending its money in the economy.

Keynes’ The General Theory was first published in 1936 and since then politicians all over the world have latched on to the idea of the government having to increase public spending when times are tough.  The finance minister Arun Jaitley is not different on this front. As he recently said:

In an environment where corporate balance sheets are stressed, and public sector banks are in a mess, this might seem like the best way forward. But that is a very simplistic way of looking at things. The question is where will the money pay for this public investment come from? And how will the government meet this expenditure and at the same time ensure that the fiscal deficit does not go up? The fiscal deficit is the difference between what a government earns and what it spends.

In the budget speech, Jaitley made in February 2015, he had said:

From what it looks like, Jaitley is unlikely to meet the fiscal deficit target of 3.5 percent of the gross domestic product (GDP) in 2016-2017, the next financial year. In fact, the Mid-Year Economic Analysis released by the ministry of finance in December 2015 has hinted at this very clearly.

As the Economic Analysis points out:

As I explain here, the total cost of implementing the recommendations of the Seventh Pay Commission and One Rank One Pension will come close to Rs 1,40,000 crore if the Railways is not bailed out by the government. Over and above this, food and fertilizer subsidies of more than Rs 1,00,000 crore, continue to remain unpaid. This doesn’t leave much scope for public expenditure unless the government leaves the subsidy bills unpaid.

Further, other things need to be looked at. Take a look at the following data and the debt servicing ratio of the government.

In 2015-2016, the government is expected to spend close to 60 percent of what it earns in servicing its debt. And this is clearly not healthy. Any further worsening of the fiscal deficit will only mean a greater amount of government revenues going towards servicing its past debt in the years to come. This will leave a lower amount of money for other more important things, in the years to come.

This year, the Union government’s deficit is set at 3.9 percent, and with the states together having a deficit of about 2.2 percent, the aggregate fiscal deficit of the government works out to 6.1 percent. It is reported that 21 distribution companies are likely to join the UDAY scheme and the deficit on that account could be about 1 percent.

Any further increase in fiscal deficit leading to increased borrowing by the government will only push up interest rates. Also, Rao estimates that public sector enterprises claim around 2 percent of the GDP. Hence, as he asks, “where can financial institutions find the money to lend for private investment?”

Over and above all these numbers the credibility of Arun Jaitley is at stake as well. In his maiden budget speech in July 2014 he had said:

We need to introduce fiscal prudence that will lead to fiscal consolidation and discipline. Fiscal prudence to me is of paramount importance because of considerations of inter-generational equity. We cannot leave behind a legacy of debt for our future generations. We cannot go on spending today which would be financed by taxation at a future date.

In his February 2015 speech, Jaitley went against what he had said earlier and loosened the fiscal strings a little. If he does that again this year, how much credibility would what he says, continue to have? Also, is Jaitley still worried about inter-generational equity? Or has what he said in July 2014 innocent murmurs of a new finance minister, which should not have been taken seriously?

Further, there has been very little effort on the part of the government to take tough decisions on the expenditure front. It continues to fund loss-making entities like MTNL, Air India etc. The finance ministry had set up the Expenditure Management Commission in 2014. The reports of the Commission have not been made public up until today. This clearly tells us how serious the government is about cutting wasteful expenditure.

It is also worth asking why does the fastest going large economy in the world need a fiscal stimulus from the government? To conclude, since I started this column with Keynes it is only fair that I end it with him as well. One of the misconceptions that people have is that Keynes was an advocate of the government running high fiscal deficits all the time. It needs to be clarified that his stated position was far from that.

Keynes believed that, on an average, the government budget should be balanced. This meant that during years of prosperity, governments should run budget surpluses. But when the economic environment is weak, governments should spend more than what they earn, and even run high fiscal deficits.

But over the decades, politicians have only taken one part of Keynes’ argument and run with it. The idea of running deficits during bad times has become permanently etched in their minds. However, they have forgotten that Keynes had also wanted them to run surpluses during good times as well.

Jaitley is a politician, he is no different from others of his ilk.