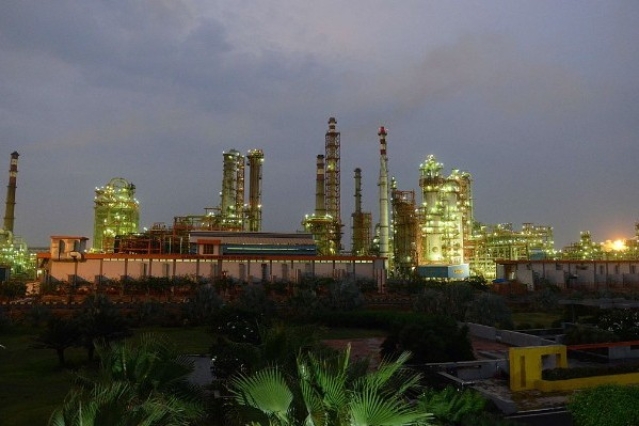 In the gross domestic product (GDP) data for the first quarter for the current fiscal that was released on 31 August, the mining and quarrying sector proved to be a drag as it clocked only 0.1 per cent growth. The GDP for the first quarter was up 8.2 per cent beating expectations of a 7.7 per cent growth and promising better days to come. While activities of manufacturing, electricity, gas, water supply, construction, public administration, defence and agriculture witnessed good growth in the first quarter, the story of the mining and quarrying sector has been a letdown.

A closer look at the performance in the mining and quarrying sector shows that things aren’t as bad as they seem at first sight. No doubt, the growth was 0.1 per cent compared with 1.7 per cent during the same period a year ago. The sector comprises four segments – production of coal, crude oil, natural gas and industrial mining.

Going forward, professional services firm Ernst and Young (E&Y) says that for most metals and minerals, the sentiment underlying current growth is encouraging and this could last a while. The minerals sector will likely witness a robust growth, though coal could be under pressure from alternate green power resources.

E&Y India partner and global steel leader Anil K Agrawal, in a paper for Indian Chamber of Commerce, said that the outlook for India is bright as the government is focussed on tackling long-term macro issues like tax reforms, creating enabling infrastructure and finding solution to non-performing assets problems. A sustained recovery is likely on a normal monsoon, but the country’s economy is at crossroads with rising crude oil prices, inflation, policy implementation bottlenecks, trade deficit and protectionist policies of countries like the US. Managing these will determine the pace and direction of economic growth.

Dwelling on his pet sector steel, Agrawal says that this calendar year, Indian steel production will outgrow that of Japan and the country would become the second largest producer of the ferrous metal. Though production increased 6.2 per cent last year, consumption was up only 5.2 per cent due to the effects of demonetisation. For the country to head higher in the sector, bottlenecks like land acquisition for greenfield projects will have to be cleared.

The mining and quarrying sector has always been a low performing one and its growth has always been slower compared to other countries. Management consulting firm McKinsey says that India faces a unique challenge in land acquisition and resettling land owners. The mining sector is also technologically handicapped in terms of how minerals are mined and the equipment used.

Mining in the country is mainly surface mining with 92 per cent of the coal derived through open cast mining. Shovels or dumpers used by the industry are smaller in size compared to other countries, thus affecting the efficiency and productivity in the sector. Opening up of commercial mining will likely lead to private sector participation and, in turn, lead to better capacity utilisation and efficiency.

Coal mining and production have been showing a constant rise over the last few months and it has registered 13 per cent growth during April-August this fiscal. A major reason for the improved performance is that the country’s leading coal supplier, Coal India Limited, has been able to get three new rail projects to its high-capacity mines. On its part, Coal India has also ramped up production to meet the growing demand as sectors like steel, automobile and construction expand.

In such circumstances, why is crude oil and natural gas a lag on the mining sector? India is reportedly having seven billion tonnes of oil reserves, but it exploits its resources only strategically with long-term interest in mind. Domestic crude oil production has stagnated over the years, dropping to 36 million tonnes in 2016-17. Oil drilling companies are facing increased incidents of coming across dry wells, affecting any rise in production. The number of new wells being explored is also declining and some of the exploring companies have relinquished their contracts failing to tap oil. Thus, this sector is witnessing poor or lower growth.

The scenario for domestic mining of oil and gas may not be rosy, but steel, coal and non-ferrous sectors’ outlook is bright, given the rapid growth in economy and the government according priority to schemes like ‘Make in India’. These, then, could see better growth in the second quarter of the current fiscal, though agricultural growth could be moderated since crop arrivals during the period are slack.