Note To Eminent Intellectuals: Tortured Arguments Are Not A Substitute For Economics 101 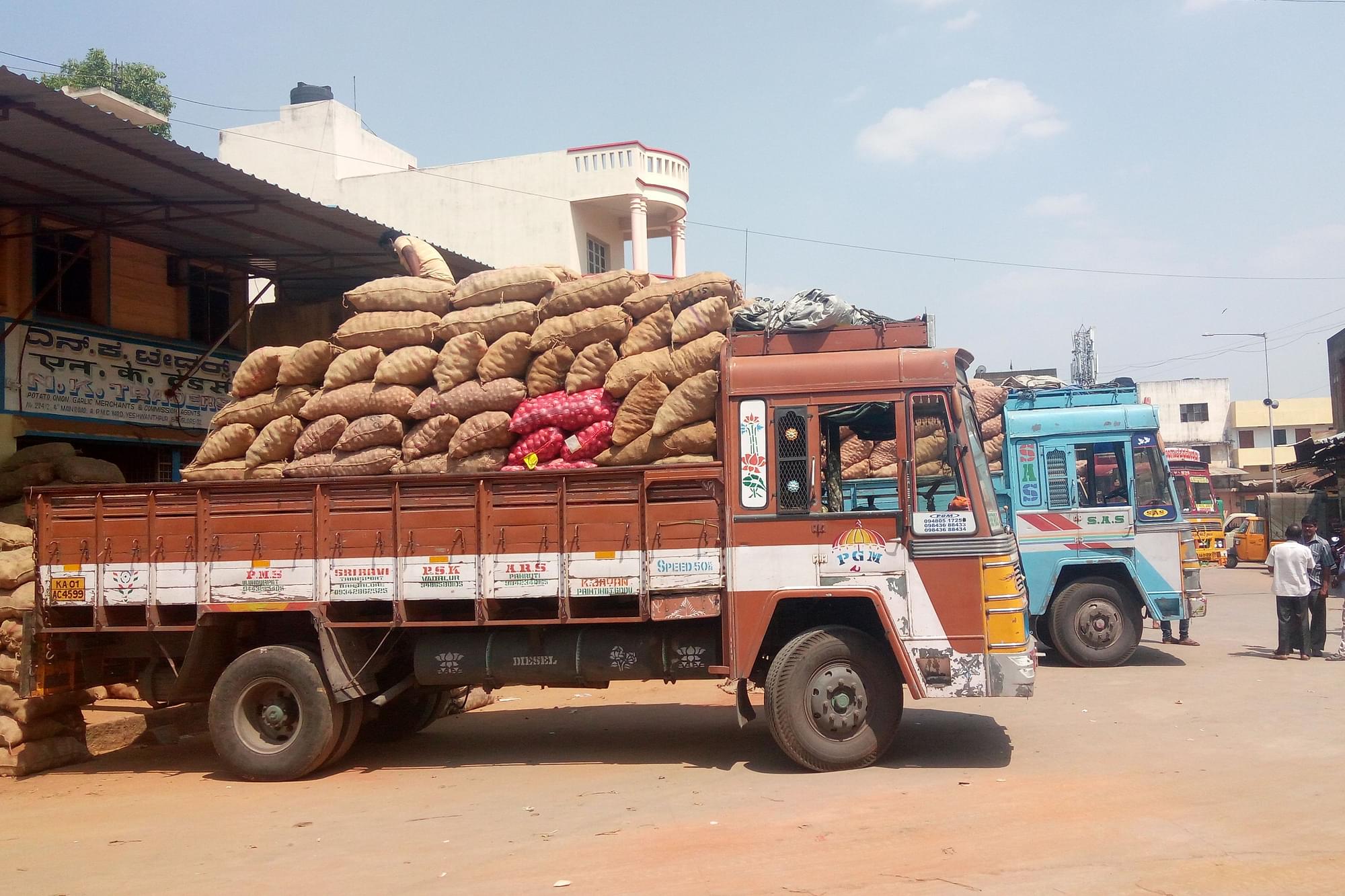 Recently, a certain public figure had expressed his views on farmer agitation, stating that Dr Ashok Gulati and economists in general are wrong when it comes to this issue. The article can be accessed here.

On any other issue, I would have probably ignored the piece, let alone respond to it. However, the issue has become important as many people are genuinely curious to know about the new farm bills and what they mean – and for them, they can refer to my previous articles on this issue.

This article is solely for the purpose of providing a rebuttal to the arguments presented by the public figure as he disregards scholarly expertise. The lapsed academic states that Dr Ashok Gulati is mistaken and invokes the exchange between economists Jean Dreze and Ashok Kotwal in response to the idea of cash transfers instead of subsidised food grains.

That debate can be resurfaced and this time, there is significant literature that is available to support the hypothesis that cash transfers are not only efficient but are also preferred by households.

Various studies have documented the experience of cash transfers and its transformational impact on communities and vulnerable groups. Economist Santiago Levy’s work on the subject are surely worth reading for those interested.

Cash transfers are the most potent tool for poverty alleviation and yet, Dreze had opposed them on numerous grounds. Available evidence in 2020, however, points at people preferring cash transfers — and I myself have studied the experience of DBT-PDS (direct benefit transfer-public distribution system) as a part of a joint paper which documents the same.

He ends by stating the views of Jean Dreze which state that cash transfers would be the most efficient way to help the poor, but food grain delivery is the best real option. By now, we know that this assumption is incorrect as cash transfers are better and often preferred by the poor that the economist advises.

The eminent thinker further states that the assumptions made by the economist about the potential impact of the laws in terms of greater economic freedom, improved price realisation and competition in agriculture marketing are flawed and that the ground realities are shaky.

Nothing can be farther from the truth as we do know that greater economic freedom has benefitted Indian economy. The problem with Yogendra Yadav’s piece is that it disregards the experience of India and of different parts of the world as they unshackle the regulatory regimes that leads to low productivity.

Consider this, a market which is restricted will always give greater market power to some agents who can then distort the price discovery. This happens a lot in our APMCs and opening up of parallel markets would reduce the ability of large farmers to distort the markets and exploit the small and marginal farmers.

Moreover, even if there is government monopoly in terms of being the largest procurer, it cannot procure the entire production of wheat which is well beyond our consumption.

Further, Yogendra Yadav makes another analytical mistake as he states that a farmer who does not understand economics is better to analyse the impact of these laws than disciplined minds trained to understand economics. The error here is that by this logic, a cancer patient should be better equipped to cure his illness than say an oncologist?

He suggests relying on anthropologists or activists to understand the impact of the laws on competition, functioning of markets and its subsequent outcomes than economists who are trained rigorously to do the same. Perhaps, by his logic, we should rely more on dentists to help us cure cancer?

The blatant disregard for genuine scholarship in his article suggests that he is trying to find evidence to support his hypothesis even when there is no such evidence available.

The issue is fundamentally one that pertains to economics and the law is geared at ensuring better competition of the market which in itself is known to benefit the producers. Economic 101: When there are more markets and buyers while the number of sellers remain the same, there is better price realisation. This is a stylised fact.

There are four main points that the author makes with regards to assumptions versus reality. The first is that three-fourth of Indian farmers sell outside the APMCs and that they need better operated mandis but not more mandis.

He further adds that farmers complain about the absence of mandis and they do not complain about not being allowed to sell outside the mandis. Here is the point, if you want to ensure better functioning of mandis, you have to subject them to competition which forces them to reform and improve price realisation.

This is precisely what the law attempts to achieve as it allows for private markets to be set up — these private markets would force existing APMCs to become efficient and compete in order to attract farmers to sell their produce there.

Further, with private mandis coming up due to greater private sector investments in the agricultural sector, we will see much better access to markets for the farmers which will do away with the complaint of absence of mandis. Thus, the reason why he objects to the law is precisely the reason why the law is needed.

The second point he makes is that while the arhtiyas do cheat farmers, big businesses will not get rid of middlemen but will have the same arhtiyas. He further says that the new private mandi will have two middlemen, the arhtiyas and the business.

The point made by the author is yet another conjecture without any evidence available. Most existing e-commerce companies have started procuring directly through farmers and selling it to the end consumers.

This procurement does not require any local middlemen. Indeed, someone will have to aggregate, but this process of aggregation, as it is already happening, would soon be outsourced to tech.

Further, the agri-business in the middle would replace a series of other middlemen in the overall supply chain as they would directly sell to the consumer. Thus, in process we will see that on one side farmers will get better price realisation, consumers will get a lower price and all of this as transaction costs, dead-weight loss etc are reduced.

The third point he makes about markets not operating in a fair manner. This point again reflects his lack of understanding how competition drives markets towards becoming fairer than compared to markets that allow for concentration of market power.

The new bills as they are providing the farmer with a choice of whether to go through the APMC or the private mandis. Thus, the mandis and private markets now have to compete to get the farmer to sell their produce there. If private markets give better price realisation, the farmer sells there or else he sticks with the APMCs.

Overall systemic efficiency enables both APMCs and private markets to offer better prices to the farmers and that leads to an improvement in their incomes. Any collusion by private traders is possible only when there are few traders in the market that can come together to collectively attempt to fix prices — this is more possible under the APMC regime than one where there are private markets with many buyers making collusion nearly impossible.

In many ways, having greater number of buyers is a sure-shot way to ensure that the bargaining power of the farmer increases and this is precisely what the government is attempting to undertake.

Further, on the dispute resolution mechanism which has been termed by Yogendra Yada as a joke ignores the fact that we are dealing with a perishable item produced by a farmer who lacks the resources to hold on to the produce for long.

Thus, a speedy resolution is critical to ensure that the farmer is not forced to part with his commodity at an unfair rate. This is precisely the motivation behind the speedy resolution mechanism proposed in the law.

However, we should also recognise that these laws are not static and should there be a need for further tweaking to make the process far more efficient, government could bring in the necessary changes.

Nothing can be farther from the truth as government has clarified that it will continue with the existing framework of APMCs which means it will have to continue to invest in developing warehousing etc, given that it is the largest procurer of wheat and paddy.

The point on unregulated trade is important as nearly most trade is unregulated across the country but subject to legal provisions that allow for such exchanges to happen. Be it a sale of the airplane, or of a pen, or a service being supplied. The lack of a regulated markets for these has benefited the economy and has allowed several sectors to grow over the years.

The only conclusion after reading his article was that it was a series of errors in judgment made due to the lack of understanding of economics, markets and competition. This is precisely why I had remarked earlier that people like him should be kept away from the discussions with farmers as much as possible.

The laws will benefit the Indian farmers and many protesting against them today were those who had asked for the same bills to be made into laws till fairly recently. That they oppose it now is purely political opportunism as there are economic reasons to undertake these reforms — and they would translate into rich political dividends once farmers reap the benefits of the same.