NSO’s Consumption Data May Be Junk, But Government’s Failure Is Poor Investment In Quality Stats 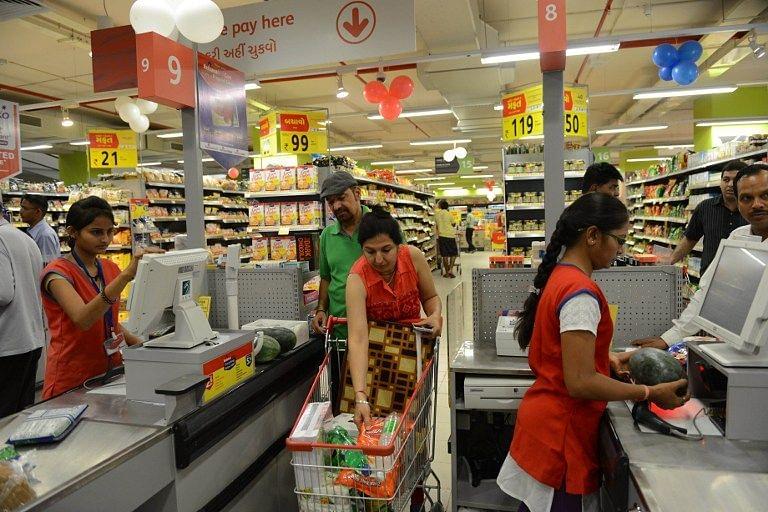 Shoppers at a supermarket.

The Narendra Modi government has needlessly shot itself in the foot by deciding to withhold the National Statistics Office’s (NSO’s) latest consumption survey, which shows a fall in per capita consumption spending by 3.7 per cent between 2011-12 and 2017-18.

This has given the impression that the government will often suppress data that shows it in poor light, when the reality is that the data is mostly nonsense, as Karan Bhasin pointed out in a Swarajya article. Either the design of the NSO survey, or its data collection methodology, is seriously wrong, for it is highly unlikely that people will reduce consumption in an economy that is essentially consumption-driven.

Swaminathan Anklesaria Aiyar, writing in The Economic Times, has pointed out that the gap between consumption as captured in gross domestic product (GDP) statistics and in the NSO’s consumption surveys has been growing. He wrote: “The ratio of survey to GDP consumption plummeted from 87 percent in 1972-73 to 43 percent in 2009-10. It may be just 35 percent after the latest survey.”

This suggests that India must clean up its statistics act, and provide better data with greater transparency in future. Here are some thoughts.

GDP data: The primary mistake is to stop producing an older GDP series just because a new one has been released. This is what happened in 2014, when the old GDP series was suddenly stopped when the new series, based on gross value added (GVA), was introduced with 2011-12 as base year. If both the series had been continued simultaneously for some years, not only would the new series have been tested better, but assumptions about higher growth in the new series could have been questioned earlier and corrective actions taken quickly. This should be done with all indices and data series: the old one should not be discontinued too soon when a new one is introduced.

The second big change we need is to produce multiple GDP numbers. GDP measures only monetised economic activity, and in an economy where large contributions are made by unpaid workers – from the traditional homemaker to people who work for free somewhere – we need GDP figures both for the monetised part of value-addition and the non-monetised part.

Additionally, we need a GDP estimate for qualitative value-adds. If yesterday, I paid Re 1 for a phone call and today it is nearly free, and if I get more data for the same price I paid yesterday, surely the productivity gain and improved quality of services must be reflected somewhere. Attempts must be made to produce many sets of GDP numbers so that it is easier to compare non-comparable situations in an economy veering towards services and where many types of output are not easily measurable.

Jobs: The most important data we need to collect is on jobs, gigs and livelihoods. This has to be done at three levels, the most important one being a monthly sample survey with a robust design and spread that clearly tells us whether jobs are growing or not. This must be complemented by enterprise and farm surveys so that we keep getting better and better jobs and self-employment data. Without monthly data, we will not be able to figure out if we are on the right track or not.

In many ways, jobs data is even more important than GDP data, since the employment elasticity of growth in the Indian economy has been consistently falling for some years now. If the future of jobs is more gigs than full-time jobs, we need even better data.

Industrial Production: One wonders what value an index of industrial production (IIP) brings when India is increasingly a services economy. The logical thing to do is to create a combined index of industrial and services production based on both output and gross value added. There should be additional services sector indices so that this dynamic part of the economy is better monitored.

Other data: The tax, provident fund and goods and services tax (GST) administrations provide multiple sources of additional data that can be both real-time and useful for policy interventions. For example, if GST revenues are tanking, and tanking in specific sectors, these could be useful for policy-makers if known in advance. One wonders why anonymised data from these sources cannot be provided regularly (monthly) as the Employees Provident Fund Organisation does now.

Government must also invest in big data capabilities that are plugged into corporate networks that generate such data from the marketplace, but without compromising privacy. In the age of big data, real-time data, surveys that tell us what happened last year, last month, or even last week are increasingly irrelevant.

India has got by without decent and usable statistics. This is not how a potential $5 trillion economy should be run. Without data, we are essentially steering the economy in the blind.