Swami Vs Swamy: Why Raghuram Rajan Could Do Without His Defenders 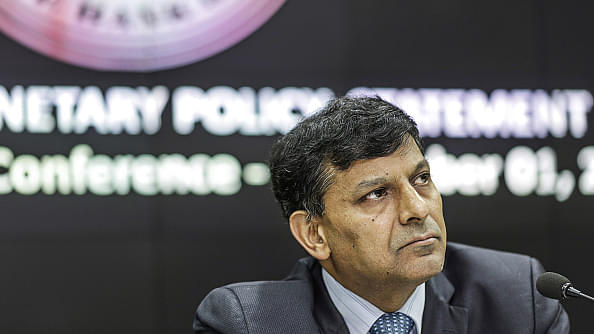 Just when you thought enough has been done to debunk Subramanian Swamy’s below-the-belt diatribe against Reserve Bank Governor Raghuram Rajan, another Swami has chosen to weigh in on Rajan’s side, but without adding much ballast to the argument.

For what it is worth, let us debunk Subramanian Swamy’s arguments for not giving Rajan an extension when his term ends in early September: the charge is that Rajan has kept interest rates too high, deliberately “wrecked” the economy, ruined bank balance-sheets, and damaged the small and medium sector which is starved of credit .

Each of these points has been effectively rebutted by many people. The small and medium sector has been starved of credit long before Rajan came on the scene. The high interest rate scenario was not Rajan’s invention; it has usually followed high inflation, and has happened before under C Rangarajan in the 1990s and also later. Rajan’s predecessor D Subbarao raised rates and kept them high when Pranab Mukherjee failed to deliver on his fiscal promises in 2012. Subbarao refused to accept P Chidambaram’s announcement of a new fiscal roadmap in October 2012 as proof of actual delivery on the fiscal front.

As for Rajan’s decision to force banks to declare their bad loans, can anyone argue that transparency is less preferable to subterfuge? Transparency has spurred real action on bad loans. Hiding them would have been bad for banks.

Positive real rates are vital to nudge up the savings rate in an inflationary scenario. Without higher savings, how can investment pick up? What causes pain to borrowers offers salve to savers. And it is pointless to presume that investment depends only on low rates; investment depends on the outlook for future profitability, and not merely the cost of money.

So Swamy is wrong. But Swaminathan Anklesaria Aiyar, who writes a popular column in The Times of India under ‘Swaminomics’, is even more wrong. He has come up with a defence of Rajan that does neither of them any credit.

Swami – the one with the ‘i’ rather than the ‘y’ – has pitched in with a bad argument in favour of Rajan: that he is indispensable. Swaminathan says he “knows” that “If Rajan is asked to leave, India will suffer a mass exodus of foreign portfolio investment.” He adds for good effect: “Tens of billions of dollars will flow out, maybe as much as 100 billion (if this coincides with some other bad news like a further Chinese slowdown or British exit from the European Union). The stock markets will crash and the currency markets will panic. India will be bruised severely. Those wanting Rajan’s exit need to understand the consequences of what they wish for.”

This is simply unbelievable. If the future of Indian markets depends on whether one man stays and goes, it is better that he goes. If not this September, he will anyway go two Septembers down the line. What we need is investor belief in what India can credibly offer, and not what one man can offer by way of reassurance. India has weathered many financial storms, and each one of them was handled by different people – by S Venkitaramanan in the early 1990s in the wake of the Harshad Mehta scam, by Bimal Jalan (in the late 1990s Asian meltdown), and even Subbarao (the post-Lehman global financial crisis), among others. There was no Rajan to restore confidence in India then, but the foreign inflows did come.

Swaminathan goes on to say more: “Like it or not, Rajan has far more credibility with global investors than his critics. He is universally praised for stabilising the Indian economy when it was roiled by the “taper tantrum” of August-September 2013. He gets high marks from international investment banks and rating agencies for being a tough, independent RBI governor who will not allow political or finance ministry pressures to deter him from using monetary policy to curb inflation, even if that has some adverse consequences for growth.”

Let’s analyse what Rajan actually did when we were “roiled by the taper tantrum”: after raising interest rates, he actually gave banks a carte blanche to seek non-resident deposits at a fixed swap rate of 3.5 percent for three years. In other words, Rajan took away the exchange rate risks involved in inviting medium-term NRI deposits in dollars.

Now isn’t this what any RBI Governor would have done when trying to shore up foreign exchange reserves in the medium term? In the past, whenever India faced a forex crunch, the government and the RBI stood guarantee on bonds or deposits issued in foreign currency. In 1991, we issued the India Development Bonds; seven years later, we offered Resurgent India Bonds; in 2000, post the Pokharan sanctions, we issued the India Millennium Deposits.

The answer to forex worries has always been the same: borrow in foreign currency for a fixed period by giving government guarantees on the exchange rate risk. So what did Rajan do that previous Governors did not do in far worse situations?

It is also worth recalling that the strong foreign inflows seen in the run-up to the 2014 elections had less to do with Rajan’s moves and more with the expectation that the UPA would lose, and Narendra Modi would probably come in as PM. High interest rates also saw more foreign funds flow into government debt than in equity. If we want to credit one man with ensuring foreign inflows, it is Modi not Rajan.

The impact of Rajan’s monetary stance on inflation can be debated, especially when this inflation was due to a shift in food demand from cereals to protein - something that the RBI can do little about. Inflation came down due to a fall in oil prices, continuing fiscal consolidation, good food supply management, and monetary policy – possibly in that order. Rajan’s contribution is probably fourth in a list of four.

So while it is fair to say Rajan has been an excellent governor, it is absolutely wrong to presume that but for him we would be in deep trouble.

The “after-Rajan-the-deluge” argument will be proved wrong. I am willing to bet that barring short-term turbulence due to exogenous factors - a US Fed rate hike, a Chinese meltdown, another euro crisis - the inflows of foreign money will only go higher, whether Rajan goes or stays.

It is not necessary to show Rajan as Superman or a one-man army to defend his record. His record stands by itself; it does not need fake support from the likes of P Chidambaram, who asked the other day whether the NDA government “deserved Rajan.”

This, from a man whose government got undeserved advantage from a rising global economic tide in 2003-08, but claimed this as its own economic performance.

We know what happened when the tide went out, taking the UPA government out with it. Consider the economic wreckage left behind in industry after industry. Coal – scammed and ruined. Telecom – alive, but roiled by the 2G scam. Infrastructure – grinding to a half. Real estate and construction – overpriced and unaffordable. Automobiles – stalling. Aviation – crashlanding. Power – complete mess. Steel and cement – tapering down. Banking sector – upto its neck in bad loans. Economic growth - decelerating. Inflation - untamed. Subsidies – careening out of control. The India story went out of the window with UPA’s economic mismanagement.

This was the legacy the UPA government handed down to NDA. One wonders whether Rajan deserves support from a minister associated with this failure.