The Jobs Paradox: Amidst Cries Of GDP Slowdown, Jobs Seem To Be Growing 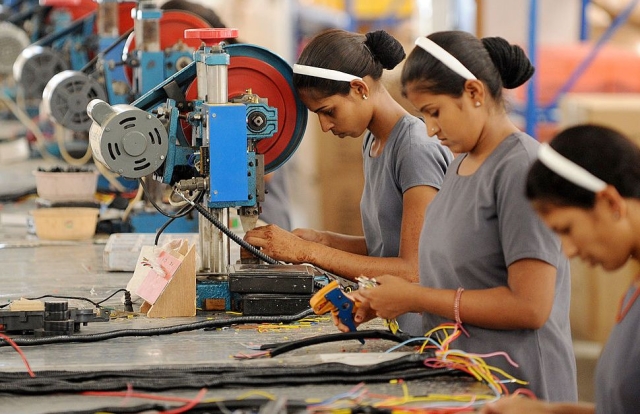 It is one of those paradoxes that just as we were beginning to bemoan the lack of growth, with gross domestic product (GDP) hitting a low 5 per cent in the April-June quarter this fiscal, we are beginning to see an upward trend in jobs.

The good news for the Narendra Modi government, which has been under attack for job losses and slowdown, is that even the CMIE surveys, once seen as harbingers of only bad news on jobs front in the post-demonetisation period, is now bringing relief to the government.

But here’s the problem: the period January-June 2019, which covers two quarters covering both the busy period of the last quarter of fiscal 2018-19 and the first quarter slack of fiscal 2019-20, were quarters when GDP slowed down. These were precisely the months in which jobs increased.

To be sure, jobs may rise or decline with a lag following growth or slowdown, but one has to also consider the possibility that the linkage between growth and jobs is now weaker than ever. Regardless of whether growth accelerates or decelerates, there is the possibility of jobs growth being a variable independent of growth.

The CMIE figures for the period starting from calendar 2016 and this year (the first two survey periods of 2019, January-April and May-August), show almost no correlation between policy changes and jobs growth (See table).

The table shows employment rising steadily by 7 million between the start of 2016 and its end, when demonetisation impacted growth towards the end of the period. But in the next calendar year, 2017, after weakness in two survey periods, jobs again rose in September-December 2017, possibly due to the positive effects of the implementation of the goods and services tax (GST) from July 2017.

But employment tanks again in 2018, and revives only this year, with 4 million new jobs coming up between September-December 2018 and May-August 2019. And this comes even as every GDP estimate indicates a slowdown, and there are cries of jobs being lost everywhere, from autos to real estate.

This should lead us to two conclusions.

First, think sectors, not GDP. Policy-makers should not rely on growth alone to do the trick on jobs, but focus on the micro-economies of sectors that really create jobs. While the recent corporate tax cuts may be good to boost investment sentiment in general, boosting employment depends on reforming those sectors that are most capable of creating new jobs (real estate, construction, education, health, tourism, logistics, e-commerce and retailing, apparel, leather and furniture-making, among others).

Second, invest in better data. It is a pity that we have to depend on a private organisation like CMIE to give us a time series on jobs, when the government, with infinitely more resources, is pussyfooting around the issue. There is no reason why the National Sample Survey Office cannot give us monthly jobs data, using a larger sample size than the CMIE (174,405 households), so that we can develop a better understanding of the linkage between growth and jobs, economic policy changes and employment.

The CMIE jobs data has an urban skew, with 110,975 respondents coming from towns, and the remaining from rural areas. It is high time we abandoned our politically-induced fear of jobs data. If we don’t know if jobs are growing or shrinking, we will not be able to do anything about it.