The Seven Disruptions Of Modi: Five, Including DeMo And GST, Underway; Two More To Go 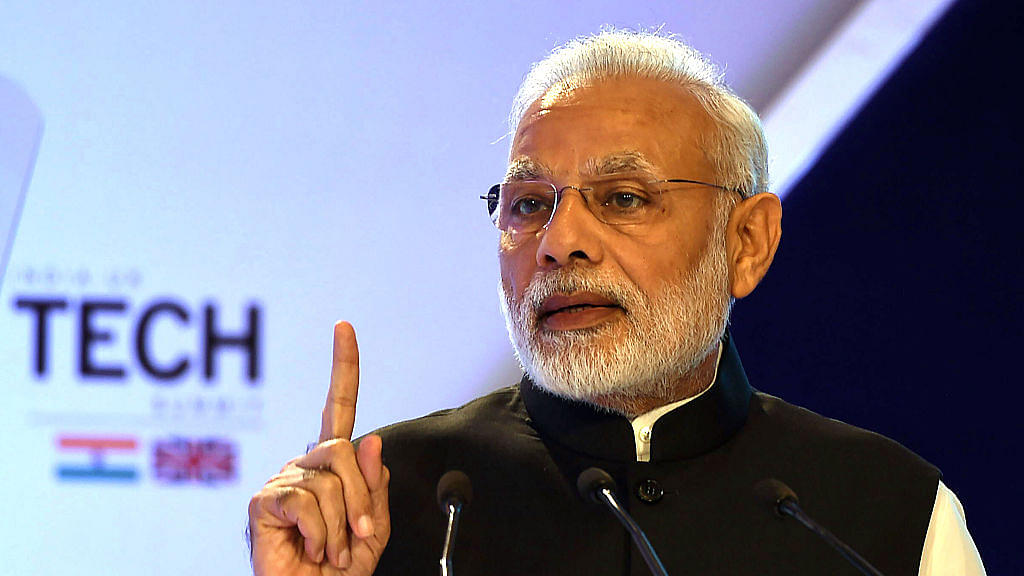 It will be a while before we can calculate the long-term benefits and costs of demonetisation, but one thing is clear: it has disrupted the system, and that is a huge gain in itself. By opting for demonetisation of high-value currency, Narendra Modi has established his credentials as a consistent disrupter of the status quo.

His record as chief minister of Gujarat from 2001 to 2012, and as Prime Minister in the last two-and-a-half years may have given the impression that he is an incremental reformer; he is that for sure, but he is also a disruptor. His day-to-day incrementalism, where he pushes the envelope in the right direction in multiple areas, is interspersed with larger disruptions to give the system a jolt and build greater momentum.

Not all disruptions succeed, but if even some do, Modi would have left his mark on history.

The first disruption was, of course, his emergence as the Bharatiya Janata Party’s (BJP) prime ministerial candidate, where he disrupted his own party to become its prime ministerial candidate and later led it to victory in 2014. He became the first politician to craft a single party majority in 30 years. He disrupted the idea that India can only be ruled by coalitions, and ended the Congress party’s hegemony in Delhi. He achieved this partly by launching a presidential-style campaign, and partly by harnessing the power of digital technologies, including the social media.

The second planned disruption was a failure. He tried to disrupt the cosy and incestuous judicial system by legislating the National Judicial Appointments Commission (NJAC), which would have been a good first step to reform India’s moribund legal system. He was stymied by the system, especially a judiciary that felt threatened by reform. This reform will now have to be done differently – possibly by lighting fires under a wayward lower judiciary, which is the weakest link in the legal system. NJAC would have worked if the judiciary had had a change-oriented Chief Justice like J Chelameswar, the lone dissenter in the NJAC bench, rather than no-changers.

The third disruption has been quieter: the shift of subsidies to cash, or direct benefits transfers. The move was a Congress brainchild, but the UPA did not have the guts or gumption to carry out this disruption, using Aadhaar as the platform. During the rest of Modi’s tenure, and possibly in a second term after 2019, India’s entire subsidy system will be reformed. Some of these subsidies may well morph into a minimum basic income. It may be universal, or targeted at the demonstrably poor. Corruption in this system is far less than in the physical transfer of subsidies.

The fourth disruption will happen with GST – the goods and services tax – which must be implemented by mid-September. There is little doubt that it was Modi’s political support that allowed Finance Minister Arun Jaitley to get states on board to sign up to the constitutional amendment. And it is Modi’s push that is going to see it go into effect, despite last-minute foot-dragging by the likes of Mamata Banerjee. GST is a big disruption for the simple reason that it will formalise and bring the largest number of producers into the indirect tax system, an area of major corruption and evasion. Modi should be given maximum credit for this because GST strikes at the core base of BJP support – traders and small businesses in cities. GST will be pure heartburn in the initial years, but only a disruptionist like Modi could even have attempted it. A UPA-3 could not have delivered GST, especially when major states ruled by the BJP would have opposed it.

Demonetisation (DeMo) is, of course, the fifth disruption, though it has come ahead of GST. We cannot be sure if it will deliver more long-term economic gains than short-term losses, but either way no one can deny that it has disrupted a way of thinking about cash and taxes. Whatever the outcome, cash will be less used in India in future, and digital payments will gain traction; and the direct taxes base will be widened significantly.

The most important disruption that DeMo brings is to dethrone the idea of cash as king. The economic fallout of this could well be negative in the short run, but the message it has sent out is clear: no one can assume that the informal and black economy will never be torched.

However, if Modi is to permanently seal his place in the Hall of Disruptors, he must follow up with two major initiatives – change he has hinted at already. He must fix the problem of political funding, and the Gangotri of all corruption – real estate. This is where politicians hoard their ill-gotten wealth.

The sixth and seventh disruptions – the assault on illegitimate political funding, and real estate rackets – will be the toughest to enforce. This is where the bulk of the political opposition will be preparing for its final war with Modi. He will also face huge opposition within his own party, especially on real estate reform, for even BJP politicians store their wealth here.

Of the two, political funding reform will be easier, for one can start with two simple moves that initially threaten few vested interests directly. One is a promise to fund Lok Sabha candidates, as this does not involve a huge political or economic cost. At an average of Rs 5 crore of political funding per constituency, state funding in the Lok Sabha polls will cost around Rs 2,700 crore. A second reform in this area would be to ban cash donations above Rs 2,000. Modi would do well to put these ideas in the public domain, for few politicians can argue that those who want to donate more than Rs 2,000 are poor people without bank accounts. With cash anyway in short supply, the logic of seeking higher cash donations would appear perverse. Corporate funding can be encouraged by legislating a law that would prevent governments from harassing donors who want to fund rival political parties.

The most difficult (and disruptive) reform is real estate. For two reasons: political resistance will be maximum in this area. And two, any disruption in real estate has huge consequences for short-term growth, employment and the banking system. Real estate and construction are the biggest job creators, but without reforming this sector, its potential will be underwhelming.

In other words, without disrupting real estate, you cannot revive the sector and the country’s biggest growth engine. Politicians and benami holders of land stand in the way.

I can see only two ways to disrupt real estate: one is to force BJP-led state governments to reform real estate laws so that more land is available for development, and stamp duties are cut to the bone (a maximum of 1 per cent) to encourage more buying. Plus, the Benami Properties Law can be used as a stick for forcing change.

Logically, given the unaffordability of most urban properties, realtors themselves should be cutting prices to push sales. But they are possibly prevented from doing so by their benami owners, who want to milk higher margins from their holdings.

Perhaps the best way for Modi to bring about change is to precipitate a crash in property prices through harsh income-tax or other laws, but a better way would be to coax and coerce his own state governments – now ruling some of the most progressive states, including Maharashtra, Gujarat and Haryana – to make these changes. Once these states lead the way, the rest of India cannot but follow suit, for capital, investment and jobs will move to these states.

The only caveat is banks – they are the biggest holders of real estate mortgages, and any drop in real estate prices will impact the value of their loan books. This means they must have their capital shored up. Loans to builders will be quick to turn non-performing assets, but loans to individuals will not go bad that easily, as their properties are financed by incomes and not by manipulating regulation and speculation.

A real estate crash will be manageable if Modi prepares for it before-hand. It will face huge political opposition and cause major disruption. But once it is done, India will be the biggest beneficiary. It will be a disruption that will truly revive jobs and growth like no other sector could. An affordable and transparent realty sector will drive growth like no other.