Time to Recognise The Blunder Of Retrospective Taxation? 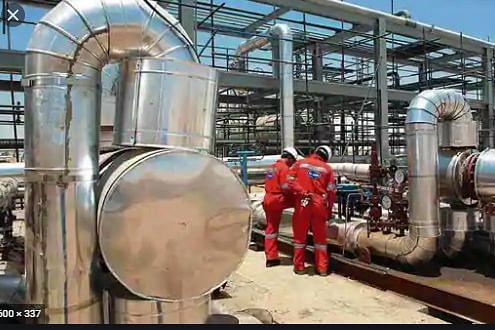 India recently lost the Cairn case in arbitration and was asked to pay Rs 8,000 crore in damages. This comes three months after the Indian government lost the arbitration case against Vodafone.

Before we get into the issue, it is important to understand the sequence of events that led to the famous Vodafone retrospective taxation case. Vodafone undertook a $11 billion deal by purchasing 67 per cent stake in Hutchison Whampoa in 2007 which included the purchase of their telecommunication business in India.

Later that year, the Indian government raised a demand from the company. That is, it asked for Rs 7,970 crore in capital gains arguing that this should have been the tax that should have been deducted at source before making the final payment to Hutchison.

This began a legal fight whereby the court ruled in favour of Vodafone and their interpretation of the tax rules in 2012.

However, here is where it gets interesting: the then finance minister Pranab Mukherjee proposed an amendment to the Finance Act to circumvent the Supreme Court’s ruling and to allow for retrospective taxation in such deals by the tax authorities.

Essentially, retrospective taxation allows a country to make amendments to the taxation laws from a time behind the date on which the law was passed. That is, it allows you to make changes in tax laws in the past which can alter the past tax liabilities for companies, individuals and other entities.

India is not the only country that has made such amendments. However, even as these changes were proposed in 2012, many had cautioned about its damaging impact on investment and investor sentiment.

To put some context, in 2012, we had a persistently high inflation rate, our growth had started to slow, and our macro-fundamentals were not looking great.

The problem with such changes to taxation is that it further adds to uncertainty regarding taxation laws whereby deals that may have happened in the past which complied with the taxation laws of that time could be altered in future.

Consequently, investors may face additional taxation liabilities in future, and thus there is another factor that gets added to their decision to invest in India.

A consequence of these changes was a genuine reluctance due to policy uncertainty on part of investors, and consequently we lost out on investments for a few years until the government managed to regain the trust of investors.

Thus, on one side we lost out on the much-needed investments, and on the other, the government may now have to spend Rs 8,000 crore as damages — all of this while the tax department did not receive a single rupee as tax from their notices.

Of course, the process of issuing tax demands, dealing with disputes with regards to tax filings etc, are under significant reforms as the government tries to create a predictable, efficient and transparent taxation system with a modern tax department to administer the same.

The extent of their success of the administration in achieving the same would be evaluated only once the process is complete.

However, we must evaluate the factors that led to a situation whereby the tax department decided to go after Vodafone and Cairn.

While it is difficult to know for sure what really the thinking behind such a move was, it appears that the objective was to mobilise additional funds for the government. That is, the department simply sought to improve their tax collections which could help in consolidation of its deficit and allow it to fund on their massive redistribution programmes.

However, what transpired was the exact opposite.

There needs to be recognition that having model tax officials, or a greater number of cases under scrutiny is not the appropriate way to improve tax collections.

More tax officials will have an impact on improving compliance as has been seen from the Indonesian example as per this recent study. But the same for a country like India could lead to greater harassment thereby undermining the objective of creating a business and investor-friendly destination.

The sure-shot way to improve tax compliance is to create an efficient taxation system, which means an improved taxation structure, clear and concise definitions of what constitutes an income etc, and a tax department that relies on data to capture systemic non-compliance. We must recognise that the best strategy to improve tax revenues is to accelerate economic growth.

Perhaps, the slower growth in late 2000s and early 2010s could have prompted the government to look at other ways to raise revenues — one of which could have been to pursue such cases.

Having lost two successive such cases puts the writing on the wall — that we got it terribly wrong. The question is, will we get it right?

As stated earlier, some of the reforms do attempt to fix some of these systemic issues, but they will be incomplete until a modern tax code is adopted.

In a way, these judgements come at the most appropriate time as the government yet again finds itself in a weaker position on its revenue front.

Luckily, the present regime is looking at disinvestment and privatisation instead of such abrupt taxation changes.

However, the present regime should also draw a lesson and commit to not pursuing such lofty cases as losing them comes at a cost. We must humbly accept that the government got it wrong in 2012 as it did with so many other things, and work towards ensuring that such mistakes are not repeated in future.