Too Many Brickbats, Little Applause: The Untold Story Of A Historic Power Sector Reform 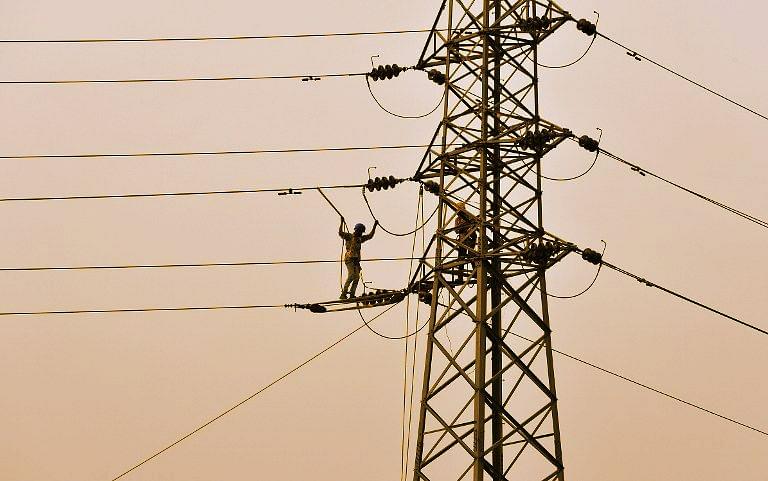 Ujwal Discom Assurance Yojana (UDAY) is the most critiqued and comprehensive reforms of power sector.

UDAY envisaged several measures along the power value chain including financial reengineering and operational improvement for Discoms, but assumed a mistaken identity of only a distribution reform.

(ii) The gap between average cost of supply and average revenue receipt (ACS-ARR) to zero.

Improvements towards these goals are often missed. A binary evaluation system characterising UDAY successful or failure based on target value of two parameters, leaves the story untold.

UDAY was born in a power deficit India. Power crisis was likely to compromise goals of village and household electrifications, expansion of renewable energy and ease of doing business and business investments.

India achieved universal electrification, apart from several other improvements envisaged in UDAY such as coal linkage rationalisation, coal swaps, correction in grade slippages, and increased pace of construction of transmission and generation capacities.

Merit order dispatches were improved, and DEEP bidding was initiated. Discoms did not exacerbate non-performing assets (NPA) crises of banks. The country turned power surplus with much better reliability.

UDAY is in force since November 2015. Even though a voluntary programme, 28 states and three Union Territories (UTs) joined UDAY.

States/UTs with no substantial debt burden joined for operational measures alone. Despite their eagerness Odisha and Delhi could not join as Discoms were private.

West Bengal preferred to stay outside due to political reasons. Comprehensive UDAY states which were to achieve the energy loss target in 2018-19 have reduced their energy losses from 18.56 per cent in financial year (FY) 2016 to 14.39 per cent by FY2019.

Obviously, energy theft or losses were reduced considerably (see chart-1). Tariff structure is rationalising due to continued intervention of UDAY across the country. However, it needs to be made more reflective of the cost of supply.

However, it increased to Rs 0.52/kWh FY2019 due to inflationary impact of coal price hike and raised railway freight which were not captured in many states arguably due to ensuing elections.

UDAY is a reform programme and not a scheme and works without any budget allocation.

Convergence of ongoing schemes was expected to bring results. States were only permitted to borrow beyond FRBM, limited to taken-over debts.

States own Discoms and thereby their debts. Political economy of a welfare state does not treat electricity as purely commercial goods.

Discom is an artificial parastatal intermediary between state governments and their citizen for electricity supply. Hullabaloo about impact of UDAY on state finances appears disproportionate and undue.

Now it is made public. Discipline and regularity are evident in finalising annual account and making tariff petition.

During February 2016 to March 2019, more than 60 reviews and consultations were held in states and at Centre to streamline the programme and handhold states for controlling energy loss, reducing power purchase cost, improving operations and consumer facilitations.

Targets of feeder metering, transformer metering, LED bulbs, and rural feeder audits were achieved. Feeder segregation works are completed by 93 per cent. They have contributed towards improved quality of supply.

One-time special dispensation of about Rs 9,500 crore was made for Jharkhand and Jammu and Kashmir to enable them clear CPSEs dues. Large outstanding dues of Gencos (power generation companies) affect not only generators but other stakeholders too.

However, we need to appreciate that energy consumptions have been increasing. Since 2014-15 to 2018-2019 pending payables for power purchase and fuel vary in the range of 30-40 per cent of power purchase cost and rather reduced in FY2019 compared to yesteryear (See Chart-2).

UDAY facilitated eligible borrowing of Rs 2.09 lakh crore by 16 states. Existing debts of Discoms were higher. Rest of debt was to be converted into state guaranteed Discom bonds.

Surprisingly, Reserve Bank of India (RBI) characterised the takeover of the debt by states as restructuring of debt in March 2016. This restrained banks to buy Discom bonds of leftover 25 per cent of debt.

Banks became hesitant to finance even working capitals to Discoms. As reported by states about 1.6 lakh crore was converted into grant to Discoms.

Remaining debts continued on the balance sheet. Discoms are permitted working capital up to 25 per cent of previous year revenue and hence borrowed working capital may be around Rs 1.5 lakh crore excluding any capital investments.

Eventually balance sheets would show pre-UDAY level of debts. FY 2020 has been the year of elections and post-election sounds of new scheme buzzed without any consequence. FY 2021 is a Covid-ridden phase, not allowing any further discipline to consolidate the gains of UDAY and become sustainable.

A K Verma worked as Joint Secretary in Ministry of Power. Views are personal.
Get Swarajya in your inbox everyday. Subscribe here.
Tags: