UP Budget 2021-22 Gives A Roadmap For Self-Reliant State 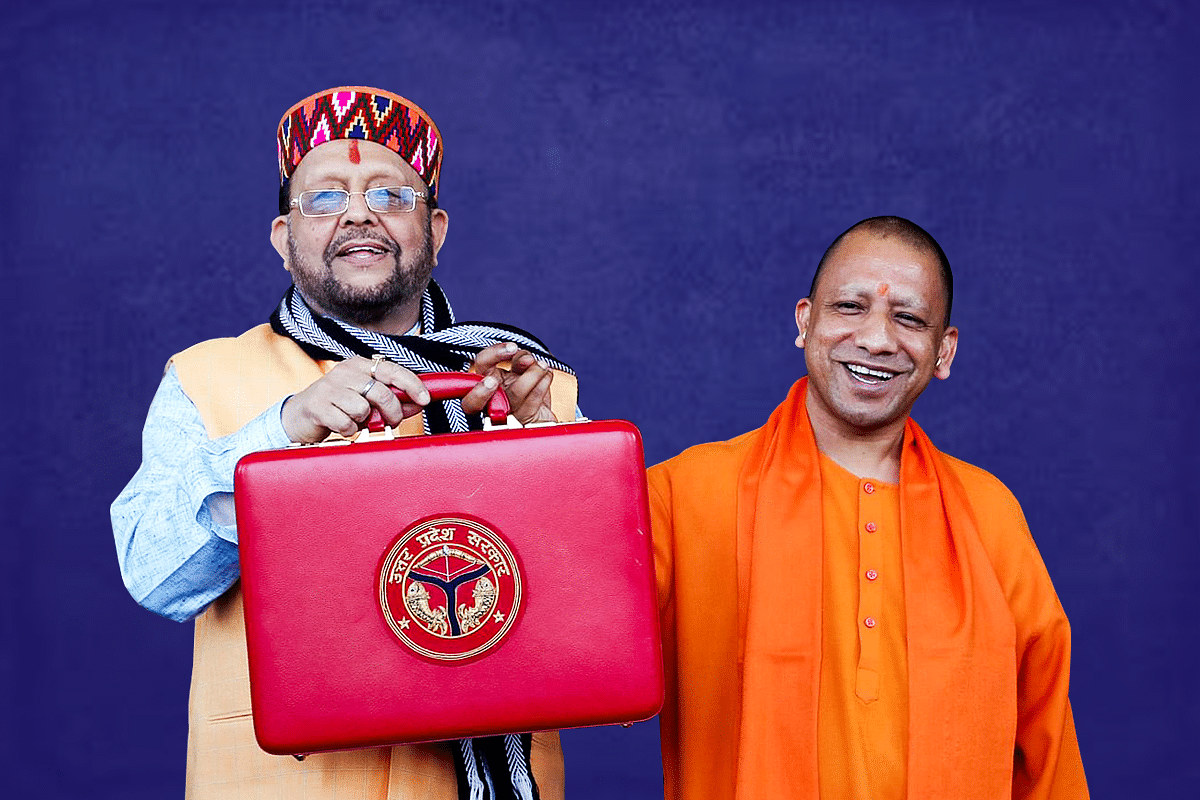 The term ‘budget’ in economics is nothing but a statement of the income and expenditure of the government which shows sectoral allocations and expenses.

However, in true sense, budget is a key document that shows the fiscal situation, the future goals of the government, vision of leadership and the progress of the state.

On 22 February, the Bharatiya Janata Party (BJP) government led by Chief Minister Yogi Adityanath tabled its fifth budget. This budget contains the framework of overall development in line with the Chief Minister’s vision of a self-reliant Uttar Pradesh.

If one looks at the main content of the budgets from the financial year 2017-18 to 2021-22, it would be clear how the state government has worked in the areas of micro and macro economy, the reason why Uttar Pradesh has today become the second largest state of India in terms of gross state domestic product (GSDP) and has succeeded in increasing the per capita almost two times in the last five years.

The state government had dedicated the budget of 2017-18 for farmers, 2018-19 budget for industrial development, 2019-20 budget for women empowerment and 2020-21 budget for the education of youth, skill enhancement, employment, basic infrastructure and speedy justice.

Now that the government is progressing towards achieving its target while remarkably handling the Covid-19 pandemic, it has dedicated the budget of 2021-22 to empowerment and self-reliance of various sections of the state through holistic and inclusive development.

In this regard, this budget will play a decisive role in the establishment of self-reliant Uttar Pradesh in line with Prime Minister Narendra Modi’s mantra of self-reliant India.

In the state government’s budget of 2021-22, four pillars are envisaged to operationalise the concept of ‘self-reliant Uttar Pradesh’.

All the more in the context of Uttar Pradesh as the most populous state in the country.

In the budget, Uttar Pradesh government has showed proactiveness and sensitivity towards the plight of farmers, women, youth, entrepreneurs and workers.

The state government is sensitive towards the problems of young population. Since the lack of enterprise-based skills in educated youth has often been a hurdle in the attainment of employment, skill development programmes, career counseling programmes, Mukhymantri Amrit Yojana etc, have been given preference in the budget for helping the youth.

Encouragement in sports will raise the spirit of self-reliance among youth and will also help in generating employment. The resolution in the budget to improve higher education on par with global standard will prove to be decisive in making the youth of Uttar Pradesh worthy of today’s national and international competition.

The budget reiterates the resolve to double farmers’ income by 2022. It has been decided to implement self-sufficient farmer integrated development plan from the financial year 2021-22 to meet the gaps related to infrastructure for better use of various schemes to double the income of farmers by 2022.

In this regard, along with providing crop loans to farmers, a budgetary provision has been made to provide free water and grants for installing solar-powered pumps. Keeping in mind the Farmers Producer Organisation (FPO), the decision to establish cold storage and cold chain at village and nyaya panchayat level will also help in bringing about a comprehensive change in the agriculture sector.

It is important to remember that the government had in the first cabinet meeting itself decided to waive off the debt of farmers and the fifth budget has resolved to make farmers self-reliant and to double their income by 2022.

In fact, the government is well-aware that the contribution of agriculture and allied sectors to the GSDP may be around one fourth but the majority of the state’s population earns their livelihood from agriculture.

Therefore, agriculture has not only been given priority in the budget for inclusive and sustainable development, but there is also a roadmap to progress towards making agriculture modern and scientific.

Infrastructure is the growth engine for any economy, without which economic growth cannot be rapid, sustainable and competitive. The priority of the government is to keep the state at the forefront of ‘ease of doing business’ and to establish Uttar Pradesh at the top in job creation, the result of which is clearly visible.

In the last three years, Uttar Pradesh has surged to the second position in the country in ‘ease of doing business’ rankings, overtaking Gujarat, Karnataka and Tamil Nadu in terms of GSDP.

This has been possible, under the able leadership of Chief Minister Yogi Adityanath, due to revived work culture, good management, innovative initiatives, entrepreneurship, improved law and order, economic reforms, creation of business-friendly environment and encouragement of ‘Make in UP’ .

The steps taken for improving air, water and road connectivity in the state is indicative of the fact that Chief Minister Adityanath’s initiatives for providing world class connectivity to Uttar Pradesh in tenure of four years have been decisive.

However, this budget of Uttar Pradesh government acts as a booster for MSMEs and ODOPs, the backbone of the economy, with fiscal balance as well as rich, inclusive and sustainable development with immense prospects for welfare and employment opportunities.

The greater emphasis of the budget is on initiatives for farmers’ welfare and making agriculture more scientific. Not only this, it also aims at giving cultural revival and cultural economy a new direction.

This budget is like a roadmap for all-round development with security and dignity to women and making human capital efficient and prosperous, connecting it with great opportunities in the country and the world. In a nutshell, it touches all dimensions from ‘ease of doing business’ in the state to 'ease of living’ and is compatible with all expectations of ‘self-reliant Uttar Pradesh’.

Dr Rahees Singh is an expert on economic and external affairs.