What Would It Take For Make-In-India To Succeed? 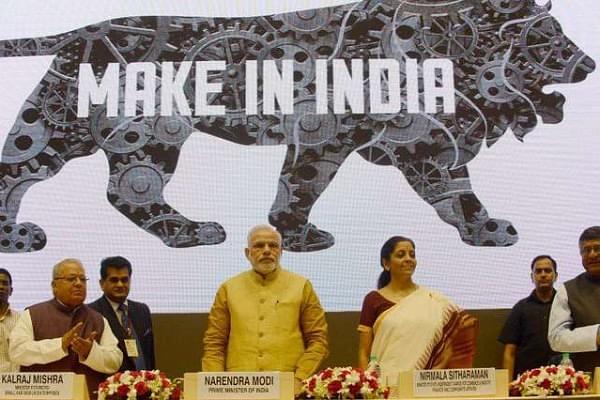 There is a lot of talk about Make-in-India in the recent months. This is a welcome slogan that has come from the top and is likely to resound with many innovators, researchers and the scientist/technologist community. There is a feeling now that there finally is some impetus to making “stuff” in India, especially when the message comes from the higher echelons of power, which is a reason to celebrate.

At last, there could be the next Intel, the next Cisco (or should I say Huawei), or the next Microsoft that can come from among us. Or so, is what we thought. However, the reality is different. The mere slogan of Make-in-India or swadeshi is good but implementing such a slogan in any major technology-driven field is difficult in practice. Let us understand why.

Research And Development To Industry

The first step of any make-in-the-country option has to deal with strong Research and Development (R&D). We have some of the brightest scientists and technologists in the world, sitting here in India – in our government labs, Indian institutes of technology, Indian Institute of Science and other institutions – and we do regularly indulge in cutting-edge research, often comparable with that of our western counterparts.

However, much of this research is isolated from industry. And, industry is largely to blame for this – they want to think short-term, be safe, and focus on quarterly business innovation rather than risk disruptive technologies.

Industry does not want to use this research, even if it were almost productised. Small and Medium Enterprises (SMEs) may occasionally use it but their scale does not make much of a global impact. Larger enterprises have a typical trading mindset – they don’t want to take any risk. Manufacturing is easy – someone has done the dirty work before.

Developing is difficult, yet that is where the rewards are higher. Cronyism ensures that large enterprises that are trading units can successfully ward off competition from smaller R&D oriented units. The result of this trading-centric approach is that industry does not assimilate readymade R&D from labs. Neither is there a need felt for this R&D, nor is there an ecosystem for equity-funding of product startups. The venture community in India is underdeveloped, services-focussed and wants/aims to feed into the broker-like-large enterprises’ community rather than push products into the market. R&D scientists in India are/will get frustrated trying to make in-roads into the business community with products and technology.

A safer bet for these scientists then becomes vanilla research that could potentially be extremely self-rewarding but is disconnected from products and technologies. The society and decision makers, instead of understanding the reason for the disconnect, and supporting through local usage of R&D, look down on the scientific pursuit and profession and ridicule them.

It is no surprise that one of the largest consumers in any country is the government. Most of the key technologies in the US began as DARPA projects, were transferred to Messers Boeing, Lockheed and others and eventually landed back into government use. In India, the government hardly buys anything that is swadeshi, especially in the high-end of technology – it is not a complaint, but a mere representation of fact.

One wonders that despite so much R&D investment that the government makes (R&D outlay as one calls it), there is so little R&D outcome. There is some output, and that is because of various reasons such as safety, academic and research lab politics etc, but when it comes to outcome, it is almost zero. There is the occasional ISRO (Indian Space Research Organisation) success, but largely swadeshi technology is not in use. So why does the government not procure its own produce? There are many reasons that prevent it from doing so.

The single most impacting reason is the legacy of the bureaucracy. The bureaucracy – a remnant of the Raj is well-suited to govern, not to facilitate indigenous technologies. The British wanted to kill everything swadeshi – and among many of their weapons, one was the tacit bureaucracy. It is common knowledge that mass-adoption of a technology or products would create an imbalance between the bureaucracy-politician nexus and the scientist. From the ability to indulge in corruption to the power-to-do-things would be impacted with indigenous technology. The upper strata of the decision-making process in India hence invents ways and means to scuttle indigenous technologies. From showing World Trade Organisation (WTO) regulations that can have a wide range of interpretation, to showing an L1 calculation that can be made to go either way.

As one says, where there is a will there is a way, and here, it is the deepest desire of bureaucrats in this country to have no will towards pushing any indigenous technology into the market for the simple threat that it poses for their existence. You may find the odd ripe apple, but largely, the basket is rotten. When it comes to technology, bureaucrats will largely prefer naive Google searches to get their hands on half-baked fake-technology snippets that can be used for one-upmanship in a discussion to thwart a genuine case, or to get educated by those scientists who, over the years for survival, have diligently now turned into bureaucrats.

It is no surprise that hardly any of the heads of government labs are active in research today – how could they be – they are a product of a bureaucratic process. Bureaucrats prefer foreign technologies – apart from the usual perks, there is a sense of familiarity and stability with foreign products. Never mind that this sense is often misplaced – for example, most of commercial telecom routers that run the core networks in India are compromised. So what, the same routers run all of the third-world!

Bureaucrats are fed information by foreign consultants who are vendor-driven bodies that have a single-track agenda to further the corporate bottom-line. The local industry which consists of import-hoard-integrate-service, never insists on swadeshi in a large way, and hence there is no question of the bureaucrats wanting to promote swadeshi technologies.

Even in sectors where there is a local presence, the bureaucrats will make no effort to help the local companies succeed. It is not about fairness but about self-interest and the interest of those who benefit overseas. The government has to make clear rules for Make-in-India. The rules should include the use of Indian intellectual property in the process of manufacturing, development and deployment. A product made in India saves some, but a product designed, developed and made in India saves a lot. In fact, in many of the high-profile sectors, it is better to design and develop, than manufacture. After all, we want to move up the value chain.

The government can easily, through its bureaucrats, design Requests for Proposal (RFPs) that are geared towards local products without worrying about the implication – after all the national impact is itself the biggest justification. If the scientists develop products, and industry is willing to put these into market, the bureaucrats will have a strong role to play in promoting swadeshi – it is just a question of wanting to do this.

Startups in India are geared towards business process innovation as opposed to product development. This is primarily because of the nature of the feeder sector of Venture Capitalists (VCs) and prospective acquirers. VCs in India follow a bandwagon approach – big data, cloud, IT, renewable energy – all these buzz words are key to funding – but the biggest buzzword for VCs is – services.

While an Ola or a Flipkart is a perfect services example, a true product company is unlikely to be part of the equity market – the risk is perceived to be just too high. A large part of that is also due to the prevalent valuation structure followed in India. Product startups get valuations similar to services companies – based on market capitalisation, Earnings before Interest, Depreciation, Taxes and Amortisation (EBIDTA) and risk, as opposed to the potential the disruptive product can lead to. The result is that entrepreneurs struggle to attract funding, and those that do, run the risk of getting their startups run by VCs due to shelling huge portions of the company.

A common cause of concern is the market itself. There is the notion among us that foreign = good. This is in-part due to our colonial era legacy and in-part due to years of dominance of foreign vendors on our shores. This can change only with examples and time. The government, by purchasing its own swadeshi technologies, can set an example – and this top-down approach is most likely to succeed in the absence of a large base of developers that would support an otherwise distributed approach.

In an ideal situation, it is the academic research that must drive products. The cradle of the Silicon Valley innovation system is its feeder universities across the US leading to products, ideas and entrepreneurs that routinely deliver. Indian academia and research labs in the government setup are not geared towards product delivery. Despite the lack of infrastructural and systemic support, there are regular innovations that appear in these labs. The only thing lacking is the sales ecosystem. The missing key is some degree of acceptability in the market.

The Way Forward: Given the above, only the government can ensure that Make-in-India is a success. It has to be the developer of the technology, through its labs or institutions of research; it has to be the maker of the technology through Public Sector Undertakings (PSUs) who have to be run on a professional basis (which our excellent administrators – the bureaucrats can play a strong role) or through startup programmes; and finally, it has to consume the technology through its various arms.

Once this happens, there will be awareness about swadeshi and the chance that these things can succeed. One such success will free the bureaucracy of protecting itself. The bureaucracy can be incentivised with market-driven success, just as the scientists share some of the royalty.

While the PSU route may not be optimal in many cases, a second route is for the government to award development contracts for private industry. In such contracts, the government must insist that the intellectual property and knowhow required must be developed in India and not acquired from overseas. Such technology knowhow acquisition from overseas makes India just a selling market or in the best case, a player on the lower rungs of the product food-chain, with the private player simply becoming a front end for the overseas technology partner.

It is a long-drawn 10-15 year process, but one which we should engage in, and that also at the earliest. We must take four to five ideas and start grooming these, identifying the user, identifying the maker, and identifying the lab that shall develop these. The lab head is not important, the workers and researchers are – so we must choose people who have delivered and take their technologies for the benefit of the nation. We have never tried this before, but it is just worth trying – without worrying about failure, without worrying about the consequences. This has to also come from the top.