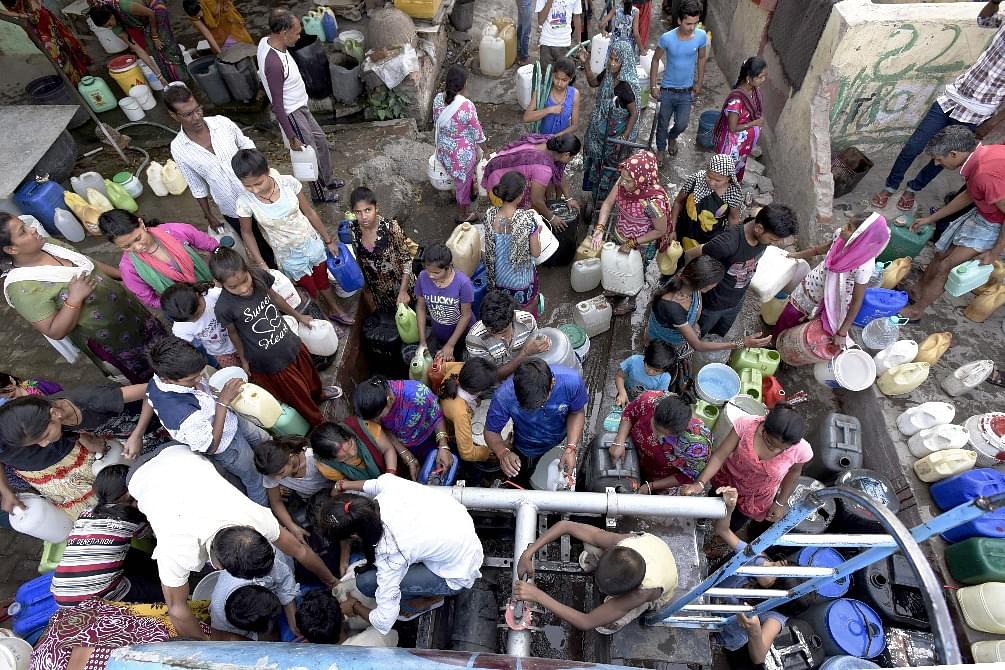 The NITI Aayog has warned that India’s looming water crisis will reach a critical stage by 2030, if proper measures are not taken to correct the situation. Releasing the results of a study, it said that India is facing its ‘worst’ water crisis in history and that the demand for potable water will exceed supply by 2030, as reported by The Hindu. It said 21 cities will run out of groundwater by 2020, and if nothing is done to alleviate the crisis, the country will have to grapple with a gross domestic product loss of 6 per cent.

The NITI Aayog’s observations are part of a study that ranked 24 states on how well they managed their scarce water resources, with Gujarat, Andhra Pradesh and Madhya Pradesh topping the list. Some of the key findings are as follows:

* About 2,00,000 people died every year due to inadequate access to safe water.

* Twenty-one cities, including Delhi, Bengaluru, Chennai and Hyderabad will run out of groundwater by 2020, affecting 100 million people

* If matters are to continue, there will be a 6 per cent loss in the country’s Gross Domestic Product (GDP) by 2050

Gujarat, Andhra Pradesh and Madhya Pradesh took the top three spots on how well they managed their water, and Jharkhand, Bihar and Haryana came last in the ‘Non-Himalayan States’ category. Himachal Pradesh, which is facing one of its worst water crises this year, led a separate eight-member list of states clubbed together as ‘North-Eastern and Himalayan.’ These two categories were made to account for different hydrological conditions across the two groups.

About 60 performers of the states were listed as “low performers” and this was cause for “alarm,” the report said. The reason is many of the states that were ranked at the bottom of the index — Uttar Pradesh, Odisha, Chhattisgarh — contributed 20-30 per cent of India’s agricultural output. On the other hand, the index noted, several of the high and medium performers — Gujarat, Madhya Pradesh, Andhra Pradesh, Karnataka, Maharashtra and Telangana — had faced droughts in recent years. And how they managed the crisis said a lot about the fact that lack of water was not essentially the reason for states not taking conservation measures.

“While Jharkhand and Rajasthan may have scored low, they have made remarkable improvement when compared over two years,” said Amitabh Kant, CEO, NITI Aayog. Experts said that unless India got down to tackling the worsening water crisis seriously, it is a disaster waiting to happen.

“There is great awareness now about air pollution. However, India’s water crisis does not get that kind of attention,” said Rajiv Kumar, Vice- Chairman, NITI Aayog.