Where Is The Strategy To Solve The Investment And Banking Crises? 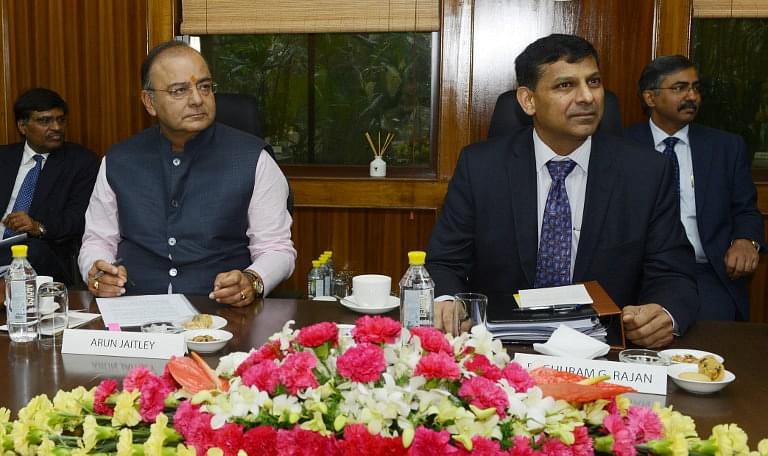 The 2016-17 Budget was presented by the finance minister against the backdrop of an economy that is facing two important macro problems—a crisis of investment and a crisis in the corporate and banking sectors. Other than the GDP numbers, all other statistics point towards an economy that is in trouble. The need of the hour was a July 1991 Dream Budget that would recognize the problems in the economy and outline a strategy to address them. The Budget presented today did not live up to these expectations and may go one step further in discouraging investment. Apart from a few good elements, this is not the Budget that would deliver the much-needed boost to private sector optimism in a modern market economy.

A few announcements in the Budget speech, mostly in the field of financial sector reforms, deserve mention. Setting up a resolution corporation for financial firms is a welcome step. This was recommended by the Financial Sector Legislative Reforms Commission (FSLRC) and is part of the Indian Financial Code. This, along with the Insolvency and Bankruptcy Code, when enacted, will reform the current insolvency resolution system, paving the way for faster restructuring of viable firms and exit of the unviable ones.

The amendment of the RBI Act to establish a Monetary Policy Committee (MPC) is important in context of the Monetary Policy Framework Agreement that was signed earlier last year and to achieve the inflation-targeting objective in a transparent and accountable manner. However, the devil lies in the details of the MPC. It remains to be seen what the composition and organization of the Committee will be. The setting up of the Financial Data Management Centre (FDMC) for data integration in the financial sector was also recommended by the FSLRC and is an important step.

Finally, adhering to the fiscal deficit target of 3.5 percent of GDP and reducing the revenue deficit target from 2.8 percent to 2.5 percent is prudent and may call for some cheer. But the manner in which it is sought to being achieved may be called into question. One needs to look closely at the numbers to assess the quality of this proposed fiscal deficit reduction. The calculations are based on a GDP growth rate of 7.6 percent. While the new GDP data show that India is doing very well, the new GDP data has its own share of problems and so far no step has been taken to correct these. If we assume that the new GDP data is hiding the true health of the economy, which in reality is a lot worse, then the tax buoyancy that the Budget speech refers to may be exaggerated.

Leaving this aside, there is also the question of windfall gains received by the government for the last several quarters on account of the fall in oil and commodity prices. This could have been used to further reduce oil-related subsidies and achieve a primary surplus. The Budget speech made no mention of such a plan. Instead, it announced the imposition of a series of cesses, a rise in tax on dividends, tax on long-term capital gains and a tripling of the Securities Transactions Tax (STT) on Options. At a time when encouraging investment is the need of the hour, measures such as these would send wrong signals to the private sector.

As the dust settles, it will be important to closely look at the revenue and expenditure calculations. Given that implementation of the recommendations of the 7th Pay Commission amount to roughly 0.6 percent of GDP and a deficit reduction of 0.4 percent of GDP is targeted, revenue measures adding up to roughly one percent of GDP are needed. That is indeed a big number and it is doubtful that all the tax measures announced in the Budget speech would add up to this. This calculation does not even take into account the expenditure on account of the Defense OROP programme. The Budget speech did not lay out any roadmap for gradual disinvestment of shares in public sector enterprises either.

The Budget speech was silent on how the government plans to tackle the two pressing problems that the economy is facing—investment crisis and banking crisis. It lacked the vision required to encourage domestic and foreign investment and to revive the economy. Two steps that could have helped in boosting investment optimism are a reduction in the corporate income tax and a proposal to table a bill in the Parliament to remove retrospective taxation. Not only were these missing in the speech, the tax on dividend was increased, a step that would discourage private investment.

The banking sector is buried under a mounting pile of bad debts amounting to Rs. 8 lakh crore. The FM announced a recapitalisation of Rs. 25,000 crore and the possibility of consolidation of public sector unit (PSU) banks. Given the magnitude of the crisis, Rs. 25,000 crore does not even scratch the surface. Even if one were to overlook this, allocation of any amount needs to be placed in context of a broader strategy to resolve the problem. There needs to be a forward guidance on how the bad debts can be resolved such that the banks can start lending again and the corporate sector can start investing again.

The Budget speech was an opportunity to announce a full blown strategy of how to fix the fundamental problems in the banking system that caused the crisis to begin with, what kind of deeper banking reforms will be undertaken so that a similar crisis is not repeated in future and how banking regulation will be modified to ensure that the RBI is better equipped to either prevent or deal with such a crisis the next time around.

But the Budget speech did not give a sense of the strategy the government will pursue to clean up the mess in the banking system. In absence of this, recapitalisation is merely going to postpone the problem. It will lead to moral hazard among the PSU banks as it will act as an implicit insurance against any loss that the banks suffer owing to NPAs.

India today is a modern market economy where people, especially the youth, are looking for jobs and opportunities and this calls for boosting investment and enhancing growth. This is what the government promised on their campaign trail. They have not delivered on this objective in the last two years and this year’s Budget does not promise a strategy of achieving it either.

Rajeswari Sengupta is assistant professor of economics at the Indira Gandhi Institute of Development Research.
Get Swarajya in your inbox everyday. Subscribe here.
Tags: