Why Atmanirbhar Bharat Should Always Be Wary Of Import Substitution 2.0 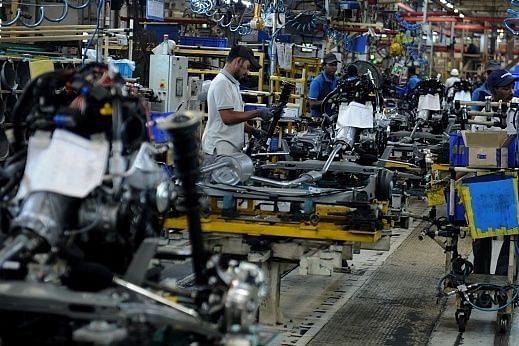 Factory workers at the assembly lines of a factory in Chennai.

Recently, the government of India decided to ban the import of air-conditioners as it moved them from the ‘free’ list to the ‘prohibited’ list. They now join the list with items such as tyres and TV sets as the government looks at improving domestic production and reducing ‘non-essential’ imports.

Trade reforms allowed for a free import of any items without any government permission subject to relevant duties.

There was, however, a negative list that has items that are not allowed to be imported into the country. There has been a systematic attempt to move more items to the prohibited list and at beefing up import duties over the last few years.

To some extent, they are correct as these measures are attempted to substitute imports — more so, they are targeted towards substituting imports from a particular region. The question is whether import substitution will deliver — as we know that in the past it failed significantly.

The reason why it failed in the past was to do with excessive domestic regulations, high costs of taxation and of capital along with a host of other issues. Things are different now as we have addressed some of these issues over the last few decades.

However, it is worthwhile to note that the attempt at curbing imports is not entirely consistent with our objective of integrating with global value chains. This is precisely why a cohesive trade strategy with a macro vision is warranted.

The bulk of the trade restrictions have primarily focused on finished products, which is better as many times in the past our trade policy interventions ended up creating an inverted duty structure.

That is, the tax on import of raw materials was higher than that on the final products. This is what eventually crippled a lot of our manufacturing activity. The expectation is that with strong domestic reforms, we may now witness an improved productivity of both land, and labour.

Interestingly, due to our excessive labour regulation, Indian manufacturing adopted a high-skilled capital-intensive mode of production which was feasible in specialised industries such as automobile sector or pharmaceutical sector.

The key problem remains of higher wages when we compare to the worker productivity in India due to several local regulations.

It is important to understand that for Indian firms to be truly efficient, we need to ensure they produce not just for Indian markets but also look at aggressively tapping foreign markets.

This in turn requires us to ensure that Indian companies continue to have access to foreign markets while they are allowed to import raw materials at reduced duties to be able to produce goods at a competitive price for both the domestic and international markets.

This is important as we aggressively enter into a world that would be wary of globalisation and thus, any attempt to impose tariffs could result in other countries reciprocating the same.

This is unlikely to help us achieve our economic objectives.

In contrast, allowing for greater trade between rules-based societies could help accelerate the process of restoration of economic activity.

As we look at beefing up trade restrictions, it would be wise to remember that similar steps have misfired in the past. Luckily, government is cognizant of the same and is attempting to combine economic reforms with some protectionism to boost domestic investments in the manufacturing space.

It would be important to ensure a strategic view throughout the exercise that is built on looking at the issue of global trade through the lens of value chains. Levying higher duties on imports of final goods where India seems to be a major market could encourage companies to aggressively shift some part of their value chain to India.

Any attempt at increasing duties on items such as raw materials for pharmaceutical companies in turn could be counter intuitive.

Therefore, one needs to consider an entire value chain which spans different countries before we undertake decisions of levying or reducing import duties.

This is important as there exists a possibility of a change in the stance of the US government on free trade even as its policies towards China remain largely the same. What this means is that there is a greater possibility of a push from the US for a non-China free trade agreement for major economies of the world.

Doing so would result in lower duties for countries that agree to participate in the same, which will serve our manufacturing sector well.

As the world reverts to the conventional policy of promoting trade (even as it restricts a few countries), India cannot afford to be seen as a country that bans imports of goods or levies a higher import tariff, unless they can be justified on economic grounds. Here is hoping that the value chain approach would thus come in handy and put in place a pragmatic trade policy that is consistent with the vision of an atmanirbhar Bharat.