Why ATMs Are Going Dry: Ambedkar Is Replacing Gandhi As The New Face Of Money 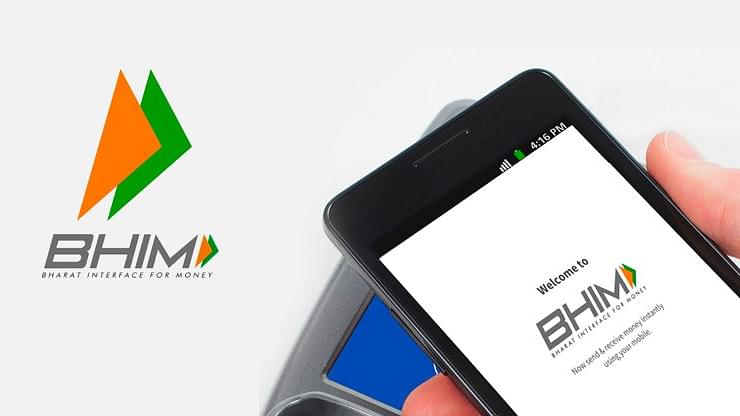 The media and the general public still don’t seem to be getting it. Over the last one month, newspapers and TV channels have been highlighting the fact that ATMs have begun running dry again (read here and here), but one wonders who gave them the idea that the currency demonetised on 8 November was going to be fully replaced with new notes. A part of the notebandi is permanent.

The Indian cash economy is past its apogee, and the present and future are digital. If anything, the government is deliberately slowing down cash production so that the pressure on people to use digital cash grows. The new normal is less cash, more virtual money.

That this is a surprise only to the media shows how little attention they pay to what government has been saying. As far back as mid-December 2016, when the government’s focus was on printing and pumping out cash to prevent the informal economy from capsizing, Finance Minister Arun Jaitley clearly said that the government did not intend to reprint all the Rs 15.44 lakh crore of demonetised currency. It wanted a “significant and substantial” amount of physical cash to be replaced with digital cash. This is why ATMs are running dry.

Another signal came from the Reserve Bank of India, when, after announcing the elimination of all cash withdrawal limits by March, it also started reducing the actual printing of notes. This Mint story notes that the currency presses have reduced multi-shift working and overtime, and quotes a banker as saying that “there has been a steep fall in currency production. Earlier, if the presses were printing 150 million pieces of all denominations a day, it has now fallen to 110 million pieces.” He notes that workers are no longer working 12-hour shifts as they did during the crisis months of November, December and January.

In short, the mild cash crunch is deliberate and intended to act as a spur to speedier adoption of non-cash modes of transaction, except perhaps in rural areas.

Ambedkar is replacing Gandhi as the new currency of modern India. Babasaheb never had a currency note with his face on it; but India’s new digital payments app, the Bharat Interface for Money, has BHIM written all over it. Not without reason is Prime Minister Narendra Modi presiding over a Digi Dhan Mela on Ambedkar’s birth anniversary today (14 April).

In less than six months, we are seeing the beginnings of a decisive structural shift in India’s financial sector that has wide ramifications. These shifts will impact many businesses connected with finance.

#1: The ATM expansion era is over. ATM extensions will no longer be part of future banking growth, and future ATMs may well be of the mobile kind focused only on rural cash deliveries. But even here, the growth will be limited. Standalone ATM companies may have a future, but only because banks may choose to outsource all their existing networks to them so that they can focus on growing the digital business themselves.

#2: The phenomenon of business correspondents will rise in the short run, and then collapse as rural and unbanked sectors accept digital cash as the way to transfer money. The limiting factors are the absence of reliable power supplies in remote areas, and the gap in the spread of mobile phones to the poor. These shortcomings will be addressed over the next five years.

#3: Once ATMs and cash start falling in terms of importance, the cash logistics business will, perforce, have to shrink. It is already in trouble after a few months of glory during the peak weeks of demonetisation.

#4: Many banking services may be outsourced. As ATMs shrink, branch rationalisation will also be the order of the day. Banks may outsource one-time customer-acquisition operations and use Aadhaar-based-eKYC to grow their customer bases, as Kotak Mahindra Bank’s 811 account is trying to do. E-KYC will soon become the standard way of acquiring new customers, both for regular banks and payment banks.

#5: Cyber security will see a boom. As digital cash becomes the norm, the real growth in financial sector jobs will be in cyber security, since digital currency systems are vulnerable to hacking and fraud. For example, the unified payments interface (UPI) which allows for peer-to-peer payments using mobile phone numbers could be vulnerable to fraudsters who manage to clone your SIM card. In the past, fraudsters have cloned ATM magnetic strips; next they will target SIMs. Since smartphones will essentially become your digital banking interface, technologies to protect you from losses when you misplace or lose your phone will become paramount.

#6: Credit cards and payments systems will move out of the physical category and turn virtual. In future, credit and debit cards may be embedded in your phone, as the new Samsung Pay product indicates. Samsung Pay uses finger-print authorisation and PIN for payment at merchant nodes without any physical card having to be swiped. Kotak’s 811 app-based bank account offers virtual debit cards and scan-and-pay options. Once the Bharat QR Code becomes widely adopted by merchants, e-wallets too will become interoperable like credit cards issued by various banks are now.

#7: Phishing and fraud insurance will become big business. Once the smartphone becomes your wallet, you have to buy insurance to cover yourself against the possibility of fraud. Credit card fraud insurance is not big in India, but digital cash fraud may need better insurance than cards.

#8: The biggest business of them all will be data analytics. As bank charges and payment usage fees fall to low levels, both due to regulation and high-volume usage, banks, virtual banks, card companies, and e-wallets will have to make money from the customer data they now own, as Aadhaar man Nandan Nilekani has repeatedly emphasised. This means financial companies must understand customers better from their spending and payments habits.

#9: Bank employment will fall, as banks hollow out in terms of physical infrastructure and some jobs get outsourced. But they will pay top dollar to techies, since banking is being taken over by technology.

India is on the cusp of a huge shift in its financial sector. The old certainties are gone. The jobs market is shifting.

The reassuring face of Gandhi on the currency note, with all its certainties, will be replaced with the virtual face of Bhimrao Ambedkar, the Modi government’s mascot for digital cash, with all its exciting uncertainties.