Why GST Revenues May Have Nowhere To Go But Up; The Worst May Be Over 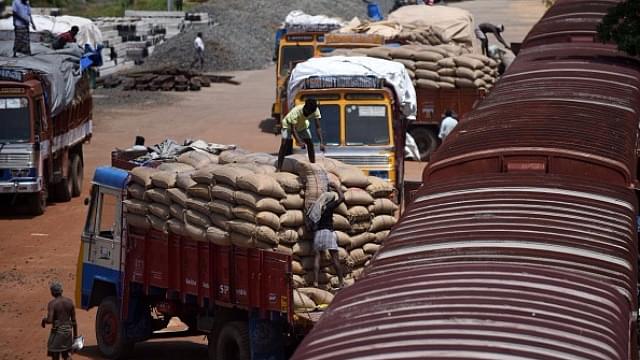 If the Finance Minister’s body language after the Union budget is any guide, it would appear that he is growing more confident about the goods and services tax (GST) generating more revenues in the future.

In an interview to ET Now, Arun Jaitley, while indirectly admitting that GST may still throw up some surprises, seemed sanguine that ultimately it will deliver. This is what he said in reply to a question on whether he is being over-optimistic on GST: “I think that is the elephant in the room in the sense that nobody knows which way it is going. So far, we are having teething trouble putting all the mechanisms for anti-evasion in place. But once we are able to do that, I am quite certain that GST revenues will increase. My fundamental faith in that is based on the fact that…your revenue base… has increased significantly from 64 lakh…(to)…one crore plus. Obviously, with the number of assesses adding up every day and if compliance gets better, surely we are going to have a much higher GST revenue.”

In December, there was already some evidence of this. The Finance Ministry put out data showing that GST receipts rose to Rs 86,703 crore, higher than November’s low of Rs 80,800 crore, and October’s Rs 83,300 crore. The centre’s comfort levels are above Rs 90,000 crore monthly.

Some states have also reported buoyancy in GST receipts, even though they may not be hitting the promised 14 per cent revenue growth over base GST expectations. Maharashtra, the state with the largest collection of indirect taxes, has reported a massive 29 per cent jump in GST collections in July-December 2017 – a rise of Rs 12,649 crore over July-December 2016. But this growth will partly be neutralised by the fact that the state has to compensate municipalities for the loss of octroi and entry taxes, among other things. The state reckons it will be Rs 2,518 crore short of the promised 14 per cent jump over its old indirect tax base.

The point of optimism is this: if some states are already garnering more revenues than last year, clearly once the efforts to enforce compliance are put in place, GST should start ticking along smoothly.

Actually, the rebound should have been expected. Tax receipts in July and August were reasonably above Rs 90,000 crore because businesses were restocking after destocking in June, the month before the launch of GST. But soon after, and especially in October and November, revenues started tanking. That too should have been expected since some of the problems in compliance and matching of invoices were being encountered at that point, and exporters’ input credits were being blocked in the system.

Worse, it was becoming clear that some of the tax rates were too high, even as small traders and businesses were on the warpath in the run-up to the Gujarat elections due to heavy compliance burdens. The GST Council had to hastily expand the “composition scheme” so that small businesses paid a lumpsum tax on the basis of turnover rather than on each sales invoice. Some 175-odd items were moved from the 28 per cent top rate to 18 per cent in November, and this month (January), the Council cut rates further on 29 goods and 53 services.

The point is simple: rates are only now beginning to settle down, and businesses are slowly adapting to compliance norms. From this month, as the e-way bill is introduced to improve compliance on inter-state goods movement, one should expect small disruptions as businesses and transporters adapt to it.

Some critics, especially in the opposition, tend to say that the GST implementation was rushed through without working out many details, but this is political grandstanding. Consider what would have happened if India had spent months debating rates on 1,400 commodities and services, when thousands of lobbies would have been unleashed both at the state and central levels? Would this exercise ever have been completed in reasonable time, especially when implementation is a challenge different from just fixing rates?

Also, consider another point. If all of 2017 and half of 2018 had been spent trying to fine-tune the GST, its implementation would have become a major poll issue in 2019. It would have made the tax unimplementable if opposition and government were at daggers drawn every month over GST. Right now, with most GST decisions being taken by consensus, the political rhetoric has been kept to a minimum, with only one or two states playing spoilsport.

The other point critics miss is that we don’t have enough microeconomic research on the price elasticities of nearly 1,400 products. Can any economist say with any measure of confidence that a certain tax rate will produce higher tax revenues or lower, based on how customer demand reacts to the new post-GST prices? This means that the only way open to the government was to fit tax rates according to past experience and combining state VAT plus excise, and then figure out whether the tax rate is too high or too low based on actual consumer response and empirical evidence. This is exactly what has happened.

There is also another fact to consider, and why lower tax collections in the initial months should not cause any panic. When so many changes are being done in one go, customers and businesses need time to adjust. If consumers think tax rates will come down, they will postpone purchases, which can artificially depress demand in the short-term. In many cases, the shortfall in revenues can be put down to that.

Given the implementation of the Seventh Pay Commission, farm loan waivers, and increasing government spends on rural infrastructure and emphasis on affordable housing, demand for consumption goods and services is bound to pick up in 2018. Also, as consumers are sure that rates have settled down, they will start buying the things they wanted to. This is evident in automobiles, where they see rate stability. The same will happen in consumer durables and fast-moving services, including insurance, credit card and mobile services.

A few predictions are thus possible to make now. Once the e-way bill settles into a fine rhythm, possibly by March 2018, compliance rates will improve and tax collections will spike. Election spending will also give consumer demand a fillip, as candidates start spending more to woo their electorates in the rest of 2018. If the budget to be presented on 1 February gives a fillip to rural demand, so much the better.

A final forecast: by the first quarter of 2018-19, or latest by July 2018, GST should be firing on all cylinders. Revenues will follow soon after. Fiscal 2018-19 will be the year GST will finally begin to work its wonders. We just have to wait.

(A part of this article was first written for DB Post.)