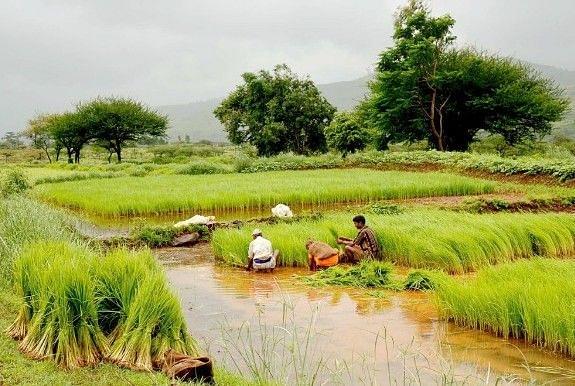 Agricultural sector has been one of the key areas of focus for the current government while it has also been an area where it has received the most criticism from its opponents. One of the reasons why the farm sector witnessed a decline under the National Democratic Alliance (NDA) has been the two successive droughts in 2014 and 2015, which negatively impacted the rural economy.

But the reasons behind the rural crisis is far deeper than what most commentators acknowledged as their criticism was based on political opportunism rather than with the intent to resolve some of the long-standing issues with the Indian agricultural sector.

Most successive finance ministers and agricultural ministers have resorted to the ‘price policy’ to provide income support to our farmers. However, in academic discussions, it was discussed repeatedly that a bulk of India’s farmers don’t benefit from the price policy. That was because a majority of farmers produced negligible marketable surplus and thus, they had to work in the labour market and earn wage income to supplement their consumption.

For these farmers, higher prices meant an erosion of their purchasing power as their wages were not indexed to inflation. Over the course of time, this resulted in a sharp increase in rural inequality as the rich farmers who generated marketable surplus benefited from the government schemes that were meant to benefit small and marginal farmers.

Besides this, another major limitation of ‘price policy’ as a tool for income support is that it limits itself to price factors. Consequentially, a decrease in the quantity produced would result in the failure of price policy to boost income of farmers. Thus, at times of deficient monsoons, there is a decline in the income of farmers despite the price policy being in place.

Moreover, the price policy has also been inefficient in its implementation as often, farmers are unable to get the minimum support price (MSP) as promised by the government. These problems persisted since decades. However, successive governments ignored them and provided mere lip service to the farm sector.

The government tried to resolve these issues when it initiated the PM-ASHA programme for the farm sector. The programme along with the historic hike in MSP resulted in an increase in the price realisation for the farmers but there was a decline in marketable surplus for the year 2018. Moreover, the increase in market prices before the hike in MSP and after the hike in MSP was not much different and this illustrated that there was a need to think out of the box to resolve the issue at hand.

A natural proposal came in the form of an extension of the Rythu Bandhu programme of Telangana. However, the Telangana model is somewhat flawed as it links the monthly transfer amount to the size of land holding. This meant that large farm holders would benefit most from such a transfer programme and this would have sharply increased rural inequality.

Dr Surjit Bhalla and I, in a recent paper, explored these issues in greater detail and we discussed different kinds of transfer programmes. The paper drew upon prior research of Dr Bhalla spanning over two decades as we tried to understand the nature of the problem that India’s farm sector faced. Our proposal advocated for a shift to a uniform cash transfer programme for the poor across India irrespective of whether they resided in the rural or urban areas.

The recent decision in the interim budget to provide Rs 6,000 per annum to small and poor farmers (farmers with less than 2 hectares of land) is a recognition that somewhere the price policy has failed to provide farmers with direct income support. This recognition should have come decades earlier, but governments have largely refrained from using new policy tools for this sector. The present budget for the first time dares to challenge conventional policy prescription as it experiments with a targeted basic income for the first time.

This is a brave first step, towards a targeted basic income that’s not just limited to rural poor but also focuses on urban poor. We’re swiftly moving towards a new India with smart subsidy transfer programmes and this is a much-needed correction!

This article comes from a detailed joint paper with Dr Surjit S Bhalla. The paper can be accessed here.