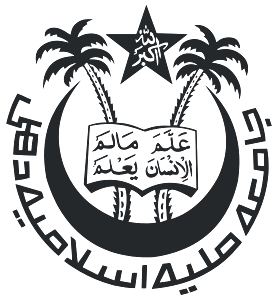 The recognition of Jamia Millia Islamia University (JMIU) as a minority institution bestowed by the National Commission for Minority Educational Institutions (NCMEI) has received some attention in the press today. The full judgment of the commission is available here.

The scope of art.30(1) and minority rights in India is an elaborate discussion that I do not attempt here. What is noteworthy is the legal sophistry deployed to arrive at this outcome.

The Jamia Millia Islamia Society was registered in 1939; degrees awarded by it were recognized by the Central Government since 1951; deemed university status was granted under s.3, UGC Act in 1962 and it was established as a Central University by the Jamia Millia Islamia Act, 1988. That it was a society established by Muslims primarily for the advancement of the Muslim community is not in dispute. Because it is presently being administered as a Central University under the supervision of the Union Government, the question arises whether such an institution could claim a minority status as per the law laid down by the Supreme Court in Azeez Basha v. Union of India 1968 AIR 662. In that case, the Court had held that Aligarh Muslim University (AMU) was established by an Act of the Central legislature and run under Central authority (AMU Act, 1920); though members of Muslim minority aided in the process, they neither established it nor were in charge of administering it and hence the institution had no claim to minority status.

This case is very similar but the commission cleverly distinguished it on two grounds. Firstly, it said that in contrast to AMU, JMIU was not established by a legislative enactment and was administered as a private university for a long time before it attained its current status. Secondly, the identity and character of JMIU as a minority institution has remained the same since inception and the Act of 1988 did not alter it at all.

A plain reading of the judgment in Azeez Basha shows why this reasoning holds little water. With regard to the first aspect, it is well settled that establishment as a minority institution is a necessary but not sufficient requirement. If the institution is not being administered by a minority, the mere fact that it was so established is not enough to confer the said status minority institution unless it is also being administered as such. As for the administration, what matters is the present status rather than the past. The fact that radical changes impacting upon the character of the institution have not been wrought by the Act of 1988 may be a tribute to the drafters of the 1988 law and a testimony to the GoI’s desire to maintain continuity but maintenance of traditions cannot be the primary factor in determining the administrative status of the organization. The JMI Act prescribes an arrangement that mirrors what was laid down for the AMU in terms of the role of the Union Government. Yet in the latter instance, the SC rejected this argument; so sustaining it here is difficult.

It has been reported both in the judgment and the press that the HRD ministry has directed JMIU to take effective steps to admit students from the Muslim minority community at least to the extent of 50%. In the original constitutional scheme, attempts to enforce such an order may well have amounted to religious discrimination by a state aided educational institution thus violating Art.29(2) and thereby void in law. Regrettably, despite the plain language of this provision and the clear intent of the framers as inferred from constituent assembly proceedings, the SC diluted the scope of Art.29(2) allowing religious quotas in state aided minority educational institutions in St.Stephen’s College v. University of Delhi (1992) 1 SCC 558 and reaffirmed that flawed holding in T.M.A. Pai Foundation v. State of Karnataka (2002) 8 SCC 481. Still, I wonder how this might be done given the statutory bar imposed by the JMI Act itself. Section 7 states:: “…it shall not be lawful for the University to adopt or impose on any person any test whatsoever of religious belief or profession in order to entitle him to be admitted therein as a teacher or student, or to hold any office therein or to graduate thereat”.

Perhaps both the judgment and the quota policy affirm what we already know: the declining authority of the SC and the corresponding lack of respect for its judgments. The powers that be may have also calculated that given the weakness of the Court today and the dominance of the left liberal agenda, such a holding, notwithstanding its merit, is unlikely to be reversed.