From The Archives: The Maha Sivarathri 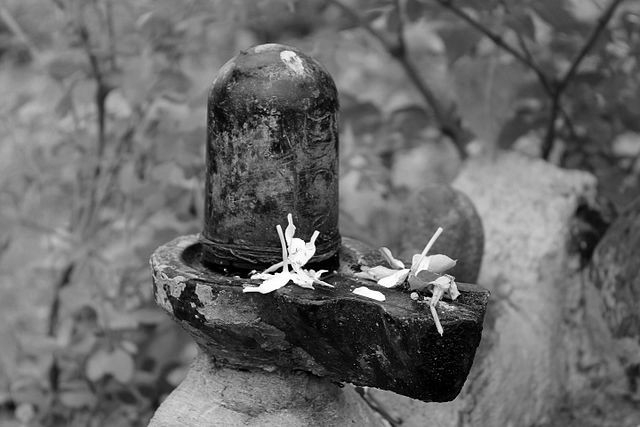 Fasting has been held to confer immense benefits on man, from time immemorial. All religions have been enjoining on their devotees to fast on some days in the year and turn their thoughts godward. Mahatma Gandhi had been fasting for one day in the week and also observing silence. He has written many pages on the efficacy of fasting in cleansing the human system of all poison and unhealthy matter, and in keeping it in a fresh and healthy state thereafter. Even today many persons fast for a day in the week, for a day in the fortnight or a day in the month. Instead of enjoining on people to fast for a day for reasons of health, our religion has prescribed fasting as a religious duty, because the religious-minded people will follow the injunctions more willingly and scrupulously. Hence all fasting days in Hindu society had become religion-oriented.

The Vaikunta Ekadasi of the Vaishnavas and the Maha Sivarathri of the Saivites are two such days of annual fasting. The Maha Sivarathri, occurs in the month of Masi in Tamil (called Magha masa in Sanskrit and the Saka reckoning corresponding to February-March). It is observed on the 14th day of the dark fortnight in the month; this year it fell on the night of the 28th of February.

The Trinity Of The Hindu Pantheon

The worship of Siva as the Supreme Being, the Absolute of metaphysics, knows no beginning and the tenets of Saivism were not laid down by any prophet. It may appear strange that the religion had evolved itself along with the culture and the civilization of the people.

The Hindu gods are generally supposed to form a Trinity—Brahma the Creator, Vishnu the Preserver and Rudra the Destroyer. But it, should be remembered that these are merely three aspects of the One Supreme, who is Narayana of the Vaishnava and Siva of the Saivites; Rudra is but one aspect of Siva.

Siva, the Unmanifest, is considered to have manifested Himself in the form of an Effulgent Light, in a Sivalinga in times of yore on this particular day, the 14th day of the dark fortnight of Magha masa, at dead of night. Siva is believed to be present and manifest Himself in all the Siva lingas on this night. Hence, the particular day and the night thereof are important to the Saivites. This night is also considered to be the period when the first creation was made at the beginning of the present cycle of yugas.

The day is observed as one of fasting. Members of the non-vegetarian sections of society forgo meat for the day. All people bathe once again in the evening and attend the congregational worship in the local temple at the end of each quarter of the night. Bathing in a sacred river is considered to be of a greater virtue.

Puja during the night is important and even small temples perform the puja in an elaborate manner. The temple orchestra or nadaswaram, which, though absent on other days, sounds during the four quarters of the night. The archaka bathes four times in the night and offers three kinds of rice food offerings during the four occasions. Puja during each of the four quarters is important. The flower for archana and the food offering are different for each quarter. The flower is the lotus for the first quarter and the food offering is the pulse-ghee-rice (paruppu-pongal) It is tulasi leaves for flower and rice payasam for the second quarter. Be it remembered that tulasi (the common basil), though a favourite with Vishnu, is also used for Sivarchana. For the third quarter it is vilva and el-annam (sesame-powdered rice). For the last quarter, it is nilotpala or sengalunir (the blue or pink nelumbium flower) and plain rice (ven-pongal). Where different flowers cannot be had, vilva leaves may be substituted. Similarly, for naivedya, where the different varieties cannot be prepared, a simple offering of plain rice and ghee will do.

According to the desire of the worshipper, vadai, sundal, etc. may be added.

Elaborate abhisheka on the four occasions is important. All the materials for anointment—oil, panchamirta, ghee, milk, curds, honey, sugarcane juice, coconut water, fruits and sandal paste—are used. The last puja is done at day-break. The worshippers receive only the sacred ash as the prasadam of Siva. After worship, they go home and have a full meal. They are expected to keep awake the whole night and stay in the temple.

Those who have had initiation in the atmartha puja, i.e., personal worship of God in their home, likewise bathe four times in the night and perform the pujas also with vilva leaves and in addition attend the temple worship. They are expected to utilize as many of the abhisheka materials as they can gather. The belief is that those who perform puja in this manner or witness the temple puja and participate in the worship will attain moksha, i.e., they will have no more births and deaths.

The temple of Lord Viswanatha at Banaras, the seat of all Hinduism and also of Saivism, is an important shrine for the Sivarathri festival. Although all shrines are efficacious, Tirukkalatti, Tiruvaikavur and Srisailam in South India hold equal importance. Many epigraphical records of the Chola dynasty record endowments to several temples for various items connected with the Sivarathri observance.

The Legend Of The Hunter

Varada Panditar of Jaffna has strung together the several legends relating to the Sivarathri worship into a small purana in Tamil. A tired hunter, who was unable to

get any bird or beast on a day which happened to be Sivarathri, sat upon a vilva tree to pass the night, to save himself from the wild animals of the jungle. To keep awake so that he might not fall down, he plucked the vilva leaves and dropped them down one by one which accidentally fell on a Sivalinga under the tree. The hunter had no food that day because he was not able to hunt any animal and he had also not a wink of sleep on the tree. Siva, indwelling in the linga, accepted the leaves along with the drops of water thereon caused by the rains in the evening, as abhisheka and floral offerings. When on his death his soul was claimed by the myrmidons of Yama, God of Death, Siva caused His own ganas to bring his soul to the Sivaloka on account of the merit accruing from his worship on the Sivarathri day.

Another legend also relates to a similar hunter perched on a vilva tree on a Sivarathri night. He had spread a net underneath for ensaring unwary deer. He was also dropping leaves unknowingly on a Sivalinga beneath. A deer was caught in the net but when it said in a human voice that it was a celestial being in the shape of a human on the account of a curse and that it would return after saluting its husband, he released it out of pity. The stag came next with its mate. When he attempted to kill them they pleaded that they would now go and place their young ones in the care of another and then return. He again took pity and released them. All of them went away and came back to him at day-break as promised and offered themselves to be killed for his food. The hunter was very much moved by their truthfulness and released all of them. For this act of mercy on the part of a traditionally cruel hunter and for his archana on the Sivarathri day, he was raised to Sivaloka.

The legends, even if nothing more, still indicate God's concern for man's moral evolution through surrender to Him.

The Sivarathri day is also held sacred by the Jains who call it the day on which Sri Rishbha Deva attained nirvana.

This article originally appeared in the 6 March, 1976 edition of Swarajya.