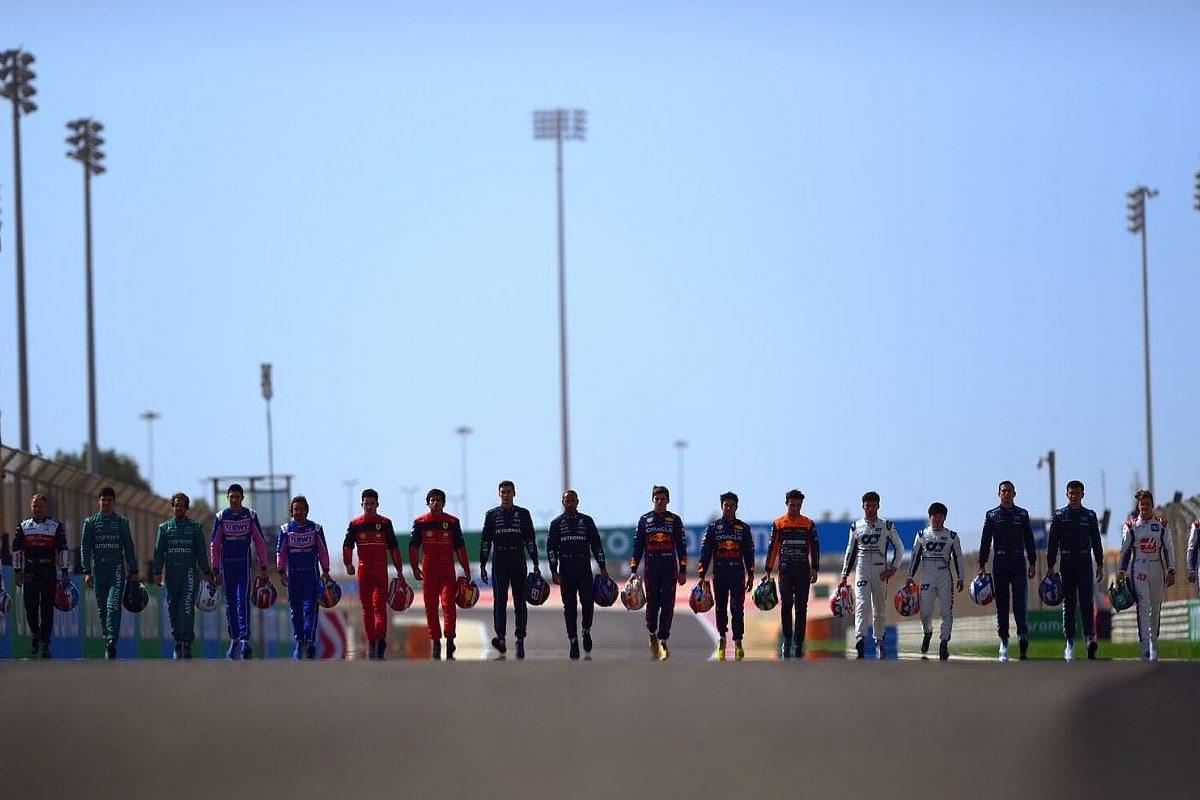 How a Netflix series brought new life to Formula One is a lesson to make IPL more attractive.

The Indian Premier League (IPL), this time with 10 teams, is boring and feels redundant. Blame it on the lack of crowds in the earlier games, the four stadiums to which the entire tournament has been restricted to, the new teams many average viewers are finding hard to resonate with, or India’s poor performance in the recent T20 World Cup, or simply the fatigue from watching endless cricket matches that are merely statistical additions to the grander calculus of the game.

After 15 years of the IPL, the tournament is caught in a rut. Each season begins with an elaborate analysis of every team, key players, and some new foreign players everyone is either excited about or has been bought for a fortune.

The first few games do garner some attention before the 'mid-life crisis' begins to settle in. Barring some heroic innings or spells or thrilling finishes, far too few for a tournament with over 60 games, the season is becoming unwatchable unless one wishes to spare the time and make the effort. The final two weeks do generate some excitement, given there is that battle for a spot in the playoffs, and then the finals, and that’s about it.

The viewership numbers for the 2022 season are a testament to the rut the tournament is caught up in. For the week between 23 April and 29 April, the fourth week of the IPL, the viewership ratings were down by 35 per cent. Together, the viewership for the first four weeks of the tournament is down by 30 per cent as compared to the year before. In the first week of the IPL, the alarming signs were visible, with a 33 per cent drop in the viewership ratings. For the Board of Control for Cricket in India (BCCI), looking to auction the media rights for the next five seasons, the drop in ratings puts a huge question mark on the exorbitant base price.

The IPL, even with all its stars and stats, has a problem of viewers not being able to connect with the team outside the circle. Fifteen years on, the problem remains unaddressed. Yes, some inexpensive merchandising does surface around the season each year, but that is nothing in comparison to the European football leagues, or even Formula One which has fewer drivers on a circuit than players in a single game of the IPL. It’s an untapped gold mine, given India’s vastness in the textile sector.

There is another aspect to the lack of team connection, that of constant reshuffling and transfer of players. Over the years, few teams have managed to retain their core, for instance, Mumbai Indians in Rohit Sharma, Kieron Pollard and Jasprit Bumrah; Royal Challengers Bangalore in Virat Kohli, or Chennai Super Kings in Mahendra Singh Dhoni, D J Bravo, and Ravindra Jadeja, but beyond these teams, the other teams lack a core with a huge following. New faces and performers emerge each year, but many are one-season wonders or eventually move to other franchises.

Eventually, the IPL needs to do away with auctions (mega or mini) of any kind. Let the teams transfer players, sign and end contracts, at will, as is the case with football or Formula One. What the IPL now needs, after settling into the cricketing format and getting the basics right, is more drama, and this is where a lesson from Netflix might help.

In 2019, Netflix experimented with a sports-documentary called ‘Drive to Survive’. Across 10 episodes, ranging from 27 to 40 minutes in length, the documentary captured the drama behind the biggest racing event on the planet. For a sporting event that has huge privacy issues, given the cars involved, and the millions of dollars that go into their making, the entire series captured the essence of the sport in a manner that not only gave the viewers perspective but also attracted new fans. In fact, two key teams, Mercedes and Ferrari, gave the first season a miss, citing privacy issues.

Thanks to the sports documentary, that was later renewed for three more seasons, and the most recent one released in March 2022, Ferrari and Mercedes had no more inhibitions after the success of the first season. Such was the success of the series that the Netflix crew managed and shot with the teams even during the enforcement of the Covid protocols in 2020 and 2021.

From merely being about 20 drivers competing in intricately built expensive sports cars on circuits across the globe, the sport was about what the management of a team goes through when it comes to the finances, the operational side of it, the production of a car, contracting drivers, what the drivers themselves go through, from those who don’t attain a single point all season to those who win the championship seven times in a row, but most importantly, it was the drama, the rivalry, the stakes that were more visible for the viewer. To complement the thrill of the race, the viewers had the melodrama before and after it. It was a deadly combination, from a business point of view, and from the viewership perspective. Netflix had discovered the Holy Grail for Formula One.

Netflix’s ‘Drive to Survive’ gave an average viewer an in-depth perspective into the world of Formula One, one they knew existed for over five decades, but never had knowledge of. Suddenly, the faces, previously unknown, became familiar globally.

Take the example of Daniel Ricciardo, an Australian driver, who has raced with three teams since the beginning of the series. Capturing his life off the track, and all his eccentricity, the series garnered him fans across the world, and especially in America, where he turned up as a cowboy for his fans, for the 2021 race in Austin, Texas. Even Mercedes’ team principal, Toto Wolff, who boycotted the first season, admitted that the series was helping the team gain new fans.

The numbers testify the success of Netflix’s experiment. Post-release of the first season of ‘Drive to Survive’, raceday ticket sales rose by 15 per cent in Austin, Texas, for 2019. In America, ESPN stated that the average viewership per race had gone from approximately 550,000 in 2018 to 930,000-odd in 2021. In America, the resulting success of the series has found new hosts, with Miami, Florida set to host its inaugural race on 8 May and a Grand Prix for Las Vegas has also been announced for 2023.

The macro numbers also affirm the success of Netflix’s Formula One experiment. In 2021, the cumulative broadcast audience was 1.55 billion, globally, a 4 per cent increase from 2020. However, for the final race in 2021 in Abu Dhabi that saw high voltage drama play out between Red Bull’s Max Verstappen and Mercedes’ Lewis Hamilton, the viewership registered a 29 per cent increase from the final race in 2020, at 108.7 million viewers.

The introduction of a new format for qualifying (sprint racing) resulted in around 80 million viewers, across the globe, for the Grand Prix in England, Italy and Brazil. Average audience for the Grand Prix in 2021 was 13 per cent more than what it was in 2020. The numbers on social media also increased by a whooping 40 per cent to 49.1 million, and thus, the total video views (highlights, etc,) increased by 50 per cent to seven billion.

Overall, social media engagement improved by staggering 74 per cent to 1.5 billion users. The inaugural race of the 2022 season in Bahrain was the most viewed F1 race on cable in 27 years in the United States alone with more than one million viewers, and all these numbers are being attributed to the success of ‘Drive to Survive’ on Netflix.

In a slight defence of the IPL, the Mumbai Indians did try a similar format with Netflix, back in 2019, with eight episodes. However, well done, the series, unlike ‘Drive to Survive’, captured the drama around one team alone, and was then scrapped.

What the IPL has today is enough of cricket, enough to get it going for 10 more seasons, at least, but what viewers now crave is the drama beyond the field, and given there are 70-odd games planned each year with 10 teams, there is no dearth of content for whichever production house willing to bell the cat.

A Formula One docu-series around 20-odd races with 10 teams and 20-odd drivers, renewed for 2023 and 2024, have given the sport a new lease of life. Imagine what 70-odd games, hundred-odd players, and 10 teams can do for the IPL in a similar setting. Also, the bonus is that the BCCI and team franchises get to earn from it.

Come on, BCCI. Open up a little. Let more money flow. Top the cricketing thrill with some drama Indian audiences never say no to.