A War We Can’t Afford To Lose: Centre Must Back States To The Hilt On Labour Reform 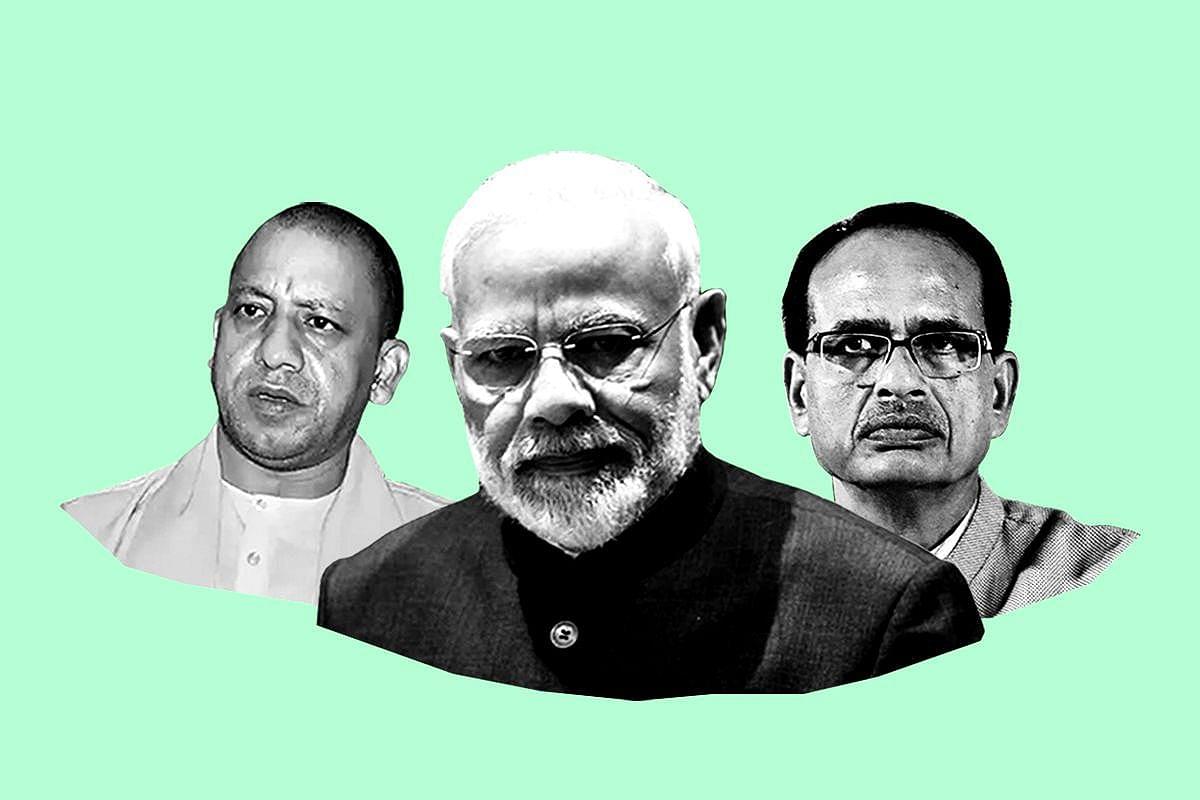 The quickest way to silence those demanding reforms is to announce an actual plan to reform something.

Enthusiasm for direct benefits transfers evaporated once the United Progressive Alliance (UPA) government put the Aadhaar scheme in place; demands for oil price deregulation vanished once the Narendra Modi government actually did so and prices started rising significantly in 2018; calls for quick implementation of the goods and services tax (GST) have now transformed into a cacophony of protests because the new regime is less than ideal.

The almost simultaneous announcement of labour reforms by three BJP-ruled states, Uttar Pradesh, Madhya Pradesh and Gujarat, has suddenly got the opposition parties and the unions demanding rollbacks.

Rahul Gandhi has rushed in, foot firmly in mouth. “Many states are amending labour laws. We are together fighting against corona, but this cannot be an excuse to crush human rights, allow unsafe workplaces, exploit workers and suppress their voice.”

Rahul Gandhi’s party hack, Jairam Ramesh, a reformer of some repute in the 1990s till he joined the Congress party, was quick to rubbish the reforms as quackery. “In the name of economic revival and stimulus, it will be dangerous and disastrous to loosen labour, land and environmental laws and regulations as the Modi govt is planning. The first steps have already been taken. This is a quack remedy like demonetisation.”

When millions of labourers have been rendered jobless due to the Covid-19 lockdown and crash in economic activity, one wonders whether abandoning labour laws that delivered no real jobs growth in the past serve any purpose. When migrant workers are willing to walk hundreds of miles to get back to their home towns or villages, would they be happier with a lower-paying job near home, courtesy Yogi Adityanath’s labour reforms, or with no job at all?

Bhartruhari Mahtab, chairman of the parliamentary panel on labour, wants to summon state officials and haul them over the coals for this reform. He has accused states of acting “selectively” when some labour law changes are already in the works. Mahtab should know that labour is on the concurrent list, and states have the legislative capacity to change labour laws, if they want to.

All they need is the Centre to concur, and it is more than likely that BJP-ruled states are not rushing to reform labour laws without a wink and a nod from the party leadership.

The trade unions, for their part, want to move the International Labour Organization (ILO), against these moves. They will possibly plan strikes to force the states to roll back their reforms. It hasn’t struck them that without labour law reforms, India will sink further into joblessness.

The trade unions, as usual, speak only for the mollycoddled organised sector workers, including state undertakings and large industrial companies. They also ought to know that China did not become factory to the world and lift millions of its workers out of poverty by giving labour collective bargaining rights.

One argument, which sounds valid at first glance, is that it would have been better to tweak existing laws to enable businesses to hire more rather than suspend the whole raft of labour laws.

But consider the evidence of incremental reforms in the Modi administration. Two attempts have already been made to liberalise the Apprentices Act, and to allow businesses to hire labour on a fixed-term contract basis so that there is no reason to fire them later.

At last count, despite another tweak in 2019, India recruited less than 3 lakh apprentices annually — a drop in the ocean. As for fixed-term labour contracts, when this writer mentioned it to an industry leader, he expressed surprise that it even existed. Quite clearly, the decisions announced in the Union budgets of 2017-2018 and 2018-2019 by (the late) Arun Jaitley have not been acted on by the states.

Small tweaks have not changed the demand for labour, incrementalism has not worked. When industry has been tied down in knots by a multiplicity of labour laws at both Centre and states, the only way out is to start on a zero base, by junking the whole gamut of laws and starting afresh.

This is what Uttar Pradesh has tried to do; it can now legislate new, more sensible, laws based on the experience of abandoning most of the previous raft of laws. As Alexander the Great once noted, you can’t untie a Gordian knot; you have to slash through it.

The Covid-19 economic threat is now prompting second generation reforms in some states, even if these reforms seem labelled as temporary in nature.

In a sense, what Uttar Pradesh, Madhya Pradesh and Gujarat have done is to suspend the operation of some laws for some time — which is what you would expect during a crisis.

Two of the states initiating these reforms are net exporters of labour (Uttar Pradesh and Madhya Pradesh), while two are net importers (Gujarat and Karnataka). One wonders why Bihar and Odisha did not join the chorus when they would have benefited a lot from it.

If some non-BJP states see merit in the labour reforms, and the fears of loss of business to competing states goad them to action, at some point we could see a national consensus on labour and land reforms that could be codified into law instead of being smuggled in using crisis logic.

If these reforms are not overturned by political or legal challenges, they could begin the second major economic transformation of India after 1991. That crisis was caused by external bankruptcy; the Atal Bihari Vajpayee era reforms too were externally-induced as they followed US sanctions after the Pokharan-II nuclear tests.

The UPA government did practically no reforms, as neither the economic situation nor the political push was strong enough for most of its two terms. It was only under Narendra Modi that India did its first non-crisis-prompted reforms (in subsidy deliveries, bankruptcy laws and the goods and services tax, to name a few).

In none of these 29 years since 1991 did states do much by way of reforms. If anything, the freebies culture was given widespread legitimacy by almost all states, thanks to growing political competition for votes.

If the Covid-19 crisis is causing some states to break the shackles and emerge as reformers, there is one big reason for it: this time they are facing the heat.

In past crises, despite economic challenges, it was the Centre that was forced to handle them, and states were largely happy to let the government in Delhi carry the can for them. Even when their economic situation was not too good, it was politically expedient to blame the Centre for their problems and do nothing.

This time it is different for the Covid-19 lockdown has knocked the bottom out of state revenues. There is no other reason why states would be busy pushing liquor sales as a priority, often with massive increases in taxation.

Empty coffers, and the knowledge that they cannot expect the Centre to help them out given the latter’s own drastic revenue challenges, has concentrated minds in state governments. They are now open to reform.

It is fair to assume that the current rush to reform could not have happened without the blessings of the Modi government. It should stand by the states, and not retreat quietly into a corner if the political winds turn hostile.

If needed, it should threaten to declare a financial emergency under Article 360, which will arm the states with powers to deal with law and order problems thrown up by forces that would like to thwart the implementation of these reforms.

The Centre could also borrow a leaf out of the states’ playbook, where normal labour laws are being suspended for around three years. Some of its own revenue problems depend on holding normal laws and regulations in abeyance till the crisis abates.

For example, the telecom sector is hoping for a huge bailout, if only to pay the adjusted gross revenues (AGR) bills falling due after a Supreme Court judgement. While Reliance Jio and Bharti Airtel seem likely to raise the resources needed, it does not appear likely that Vodafone Idea is in good shape financially.

Two obvious solutions present themselves: one would be to temporarily nationalise Vodafone, cancel its dues, and then resell it when the conditions are better. The other is to let it go under, and allow the two private sector players and the public sector Bharat Sanchar Nigam Limited to grab their customers at little expense.

The provisions of the competition law can be suspended temporarily in order to allow customers to move to stronger players. The new duopoly can also — for, say, 12 months — be allowed to raise tariffs where they can begin to reinvest in growing their networks, currently under severe strain.

Similarly, when airlines are allowed to fly again, the regulators should allow fares to rise significantly without bringing in cartelisation charges. This will allow them to regain some financial strength, especially when the cost of operations (protecting staff and passengers from Covid-19 infections) is bound to rise.

There are two ways for governments to provide relief to beleaguered sectors: one is by raising deficit financing and giving them relief, and the other is by allowing them to raise prices to recover costs.

Right now, when state revenues are challenged, the latter may be the better option, though some relief from the state may be unavoidable in some cases, such as cash infusions into the micro, small and medium enterprises sector.

A temporary suspension of laws that prevent profiteering at consumer expense makes some sense in sectors that are largely bankrolled by the better off.