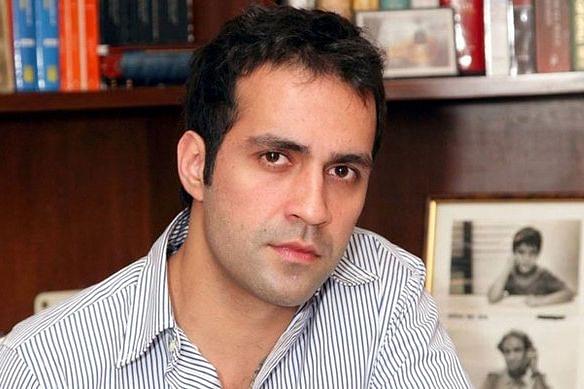 Earlier this month, the Government of India revoked the Overseas Citizen of India (OCI) card held by Aatish Taseer, a British national writer and journalist.

It observed that Taseer, the son of columnist Tavleen Singh and the late Pakistani politician Salman Taseer, had concealed the fact that his father was a Pakistani national, a ground of ineligibility for obtaining the Person of Indian Origin (PIO) card.

Until 2015 when the Modi government merged PIO with OCI status, there was a distinction between the two. Taseer had initially applied for the former and, in 2015, he ended up holding an OCI card due to the merger.

The motive behind the cancellation according to Taseer’s supporters is the government’s alleged displeasure at a cover article written by Taseer amidst the 2019 Indian federal elections in Time magazine titled, ‘India’s Divider-In-Chief’, with a sketch of India’s Prime Minister Narendra Modi.

Before getting into the contours of this decision, it is important to note that, contrary to what has been widely reported in international media, Taseer, who now calls himself ‘Indian’, never held Indian citizenship which he has been “stripped off” of. He was always a British national and now a U.S. permanent resident.

It is also interesting that, after Taseer received his U.S. permanent resident card a little over three years ago, he wrote a glowing tribute to the U.S. in the Wall Street Journal about how he never felt he truly belonged to the places he and his family were from, which included India.

He wrote how he was “tired of countries” like India and his emigration to America, he hoped, would allow him to turn his back on these countries. To see the ‘born again’ Indian in Taseer now is amusing, if not convenient.

Now, it is entirely possible that the re-verification of Taseer’s Indian immigration status correlated with his highly controversial, but widely discussed article in Time magazine which gave him unprecedented visibility.

Correlation, however, is not causation.

The actual cause, as belatedly found, was that he was not eligible for a PIO card in the first place.

Back in 2002, the Ministry of Home Affairs published a notification titled ‘PIO Card Scheme’ dated 19 August, 2002, under which a Person of Indian Origin, as per Section 2(b), meant a foreign citizen (except a citizen of Pakistan and Bangladesh) who held an Indian passport at any time or whose spouse was a citizen of India or a PIO.

It also included someone whose parent, grandparent or great grandparent was born in and permanently resided in India.

Its applicability was broad. However, an exception was that if either of the parents, grandparents, or great grandparents were at any time a citizen of Pakistan or Bangladesh, the person was ineligible to be registered as a PIO.

It must be noted that this didn’t mean such a person was not eligible to apply for a visitor visa or some other temporary visa.

Undoubtedly, Taseer’s situation is unique in the sense that his father and mother never married and Taseer was always raised by his mother, an Indian citizen. That is one of the arguments proffered by those pressing for reinstatement of his OCI status.

It is entirely possible that, back when he applied for a PIO card, an exception may well have been made under any circumstances in Taseer’s case had he disclosed this vital fact.

Where Taseer erred, purposefully so, is in concealing this important ground of ineligibility. Some speaking in Taseer’s support, have argued that everyone in the world knows Taseer’s father was a Pakistani citizen and wondered how the government didn’t know.

What this argument ignores is that, as a British national applying for what is essentially a visa with greater rights, the Government of India had the right to know, and Taseer had the duty to disclose in his application that his father held Pakistani citizenship regardless of the fact that he and Tavleen Singh never married or that Taseer was always raised by Tavleen Singh alone.

“Go, Google me” is not a defence nor an explanation to misrepresentation or concealment in a visa application. That argument is not only bizarre, but condescending.

Should immigration applicants start asking the United States Citizenship and Immigration Service (USCIS) in a visa application, “Don’t you know who I am? Go, Google me”

In the U.S., a country in which Aatish finally finds himself at home, the USCIS often revokes citizenship (leave aside visa or a permanent resident card) if misrepresentation or concealment of a material fact is found. In many cases (like this one), the revocation has occurred after two decades.

Due to the fact that he concealed this vital information, Section 7D of The Citizenship Act, 1955 resulted in cancellation of his OCI card.

He can still apply for a visitor visa although his deliberate misrepresentation in the PIO application may be a bar to him obtaining a visa.

That, however, can only be known if he applies for one. Alternatively, given his newfound love for India, he could apply for Indian citizenship and truly owe allegiance to a land he now calls home.

Strong countries enforce its immigration laws no matter what the domestic or global outrage is or how emotional the requests (like here and here) are to reinstate one’s status. Sure, India enforced its laws belatedly. There may well have been an oversight by the immigration agencies for all these years. And, had Taseer not written the article, his ineligibility may possibly have continued to be under the radar.

But, once it has come to light that he should never have been issued a PIO card in the first place, why must India not enforce its laws like any other self-respecting country? Why should an exception be made in Taseer’s case?

The Modi government’s decision, therefore, correctly sets an example in enforcement of its immigration laws regardless of status or eminence. It also sends out an important signal to elites who treat India as a land where they can get their way with misrepresentations or concealment of vital facts.