Ambedkar Criticised Muslims For Rioting Over Hindu Processions; Nothing Has Changed A Century Later 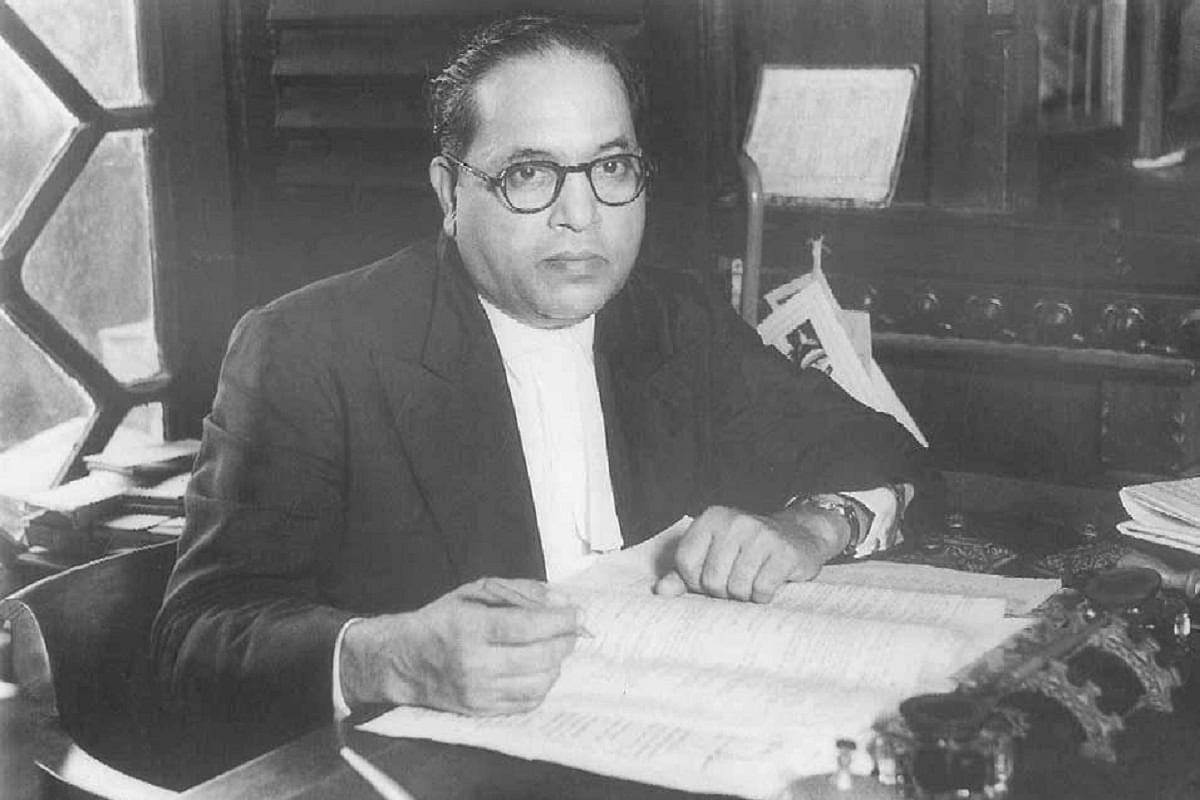 The season of Hindu religious processions is here. Along with it, back on the streets are communal riots over the processions playing music near the mosques.

In Madhya Pradesh’s Khargone city, a Ram Navami procession on Sunday was attacked with stones by a Muslim mob. The visuals of the attack are being circulated on social media. Khargone is about 300 kilometres from state capital Bhopal.

The local police told the media that the police had to resort to tear gas shells to control the mob.

As per a report by NDTV, the procession was “crossing through a predominantly Muslim neighbourhood when residents objected to the songs playing from loudspeakers during the procession”.

The mob didn’t stop at stone-pelting, but reportedly vandalised a temple too. Ten people were reportedly injured in the attacks.

At least one person has died in Gujarat in similar incidents of violence that took place in “minority-populated” areas in Himmatnagar, Gandhinagar and Khambatta.

The version of Gujarat Police is the same as that in the MP incident. “Incidents of violence were reported after stone-pelting broke out when the Ram Navmi processions passed through Muslim-dominated areas,” Hindustan Times quoted a police officer as saying.

The trigger, in this case too, was the objection to the procession passing by a mosque.

In Jharkhand, stole-pelting occurred on a procession in Hirhi village of Lohardaga.

Music Outside Mosques - Reason For Riots For Over A Century

Such violence is hardly new, and has been a feature of Hindu religious processions for at least over a century.

In his seminal book, Pakistan, or the Partition of India, Dr B R Ambedkar noted that the three main reasons for communal discord between Hindus and Muslims were cow slaughter, music outside mosques and religious conversions.

Additionally, Hindus and Muslims rioted, which they did often, mainly over two issues: playing of music by Hindus in the neighbourhood of mosques or slaughter of cows by the Muslims.

Ambedkar cited several incidents of communal violence in West Bengal in the first two decades of the twentieth century to eventually support the idea of a separate Hindu and Muslim nation.

He said that the “examination of the circumstances of these numerous riots and affrays shows that they originated either in utterly petty and trivial disputes between individuals”. These included “playing of music by Hindu projection in the neighbourhood of Mahomedan places of worship”. These incidents were common not only in Bengal, but also Punjab and United Provinces, he said.

Ambedkar narrated an incident from Bengal. On a Hindu religious festival, a group took out a procession, playing bands. When it reached the neighbourhood of a mosque, it resulted in a conflict in which 14 people were killed and 116 injured.

The next day was Muharram. Riots broke out that day too. This was followed by more rioting over the week. Overall, about 28 people died and 226 were injured.

Ambedkar criticised the Muslims on both counts. He said that Muslims in India insist on stoppage of music outside mosques for no other reason except that the Hindus claim a right to it.

“…noticeable among the Muslims is the spirit of exploiting the weaknesses of the Hindus. If the Hindus object to anything, the Muslim policy seems to be to insist upon it and give it up only when the Hindus show themselves ready to offer a price for it by giving the Muslims some other concessions…

“Another illustration of this spirit of exploitation is furnished by the Muslim insistence upon cow-slaughter and the stoppage of music before mosques. Islamic law does not insist upon the slaughter of the cow for sacrificial purposes and no Musalman, when he goes to Haj, sacrifices the cow in Mecca or Medina. But in India they will not be content with the sacrifice of any other animal. Music may be played before a mosque in all Muslim countries without any objection. Even in Afghanistan, which is not a secularized country, no objection is taken to music before a mosque. But in India the Musalmans must insist upon its stoppage for no other reason except that the Hindus claim a right to it.”

Little Has Changed A Century Later

After a hundred years of these riots and 75 years of partition of the country on religious lines, cow slaughter and music outside mosques continue to remain contentious issues between the two communities. However, while one hardly hears of full-fledged riots by Hindus over cow slaughter, which is now done by an organised mafia, heavy stone-pelting and rioting over music outside mosques continues.

This correspondent did a ground report from Uttar Pradesh’s Balrampur district in 2019. Visuals from a village named Harkhadi had been widely circulated on social media, showing a Muslim mob pelting stones at a Durga procession.

The visit revealed that the village has a decade-old “rule” that the Durga murti cannot pass by the mosque and the DJ truck accompanying the procession must turn off the music outside the mosque.

“Idol-worship” and music are prohibited in Islam as per certain interpretations of the Quran, hence the rule.

Hindu residents said they felt insulted by the “border”.

Such attacks are routine and reported year after year, and this Ram Navami season has been no different. Certain sections of media and intelligentsia continue to rationalise such acts of violence by pinning the blame on organisers of Hindu processions for passing by the mosque.

Instead of pinning the blame on attackers, they blame it all on “provocation”.

Such rationalisations have a pattern; they cover up bigotry of members of a particular community.

The Godhra massacre was rationalised as reaction to the Hindutva rise.

The 1993 Bombay serial bomb blasts was rationalised by “contextualising” it with Babri Masjid demolition.

The attacks show that so-called communal harmony is like a thin crust over a volcano which erupts at the slightest scratching on the surface.