American Racism Is As Big A Scourge As Indian Casteism; Uncle Sam Shouldn’t Be in Denial 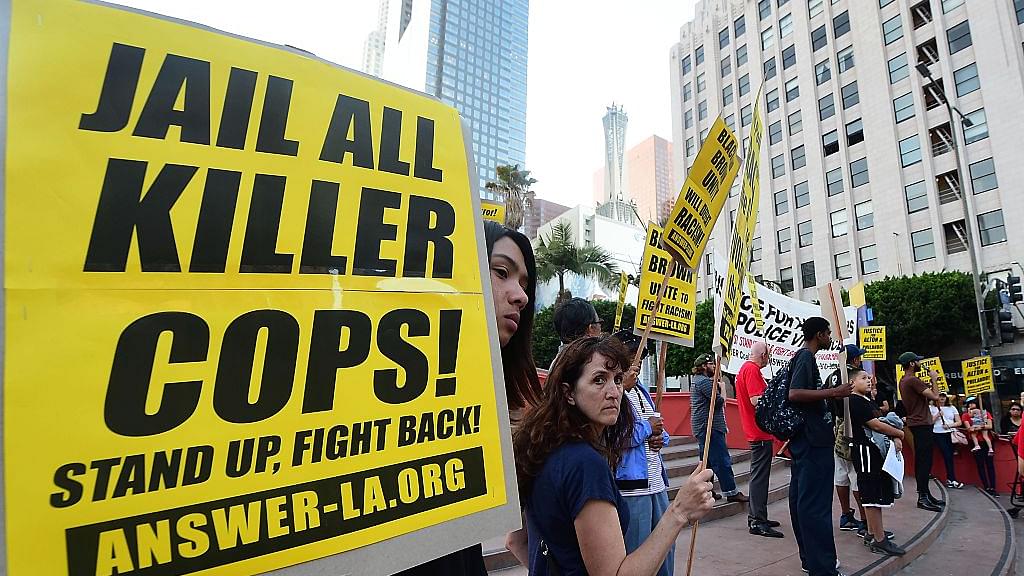 Violence against Dalits continues to shock us every day, with the recent thrashing of a Dalit family in Gujarat hogging the headlines recently.

While we obviously have much to do in terms of combatting caste violence and bigotry, what should shock us even more is that even the US, the world’s No 1 superpower, is not immune to violence and crime based on bigotry.

In fact, the recent killings of eight cops – five in Dallas, Texas, and three in Baton Rouge, Louisiana – by radicalised Afro-Americans is testimony to the fact that America has huge, unresolved race issues even though slavery was abolished more than a century and a half ago, and tougher civil rights laws have been enacted to guarantee non-discriminatory treatment to people of colour.

Underneath the skin, despite politically correct talk by the educated American elite, significant sections of America seem to nurture covert White-supremacist, racist feelings – sections that tend to back Conservative Republicans, neocons, and even Donald Trump. Nowhere is this half-concealed bigotry more evident than in the sheer number of deaths of Blacks from police violence and shootings.

According to The Guardian, which maintains a tally of Afro-Americans killed by law enforcement, in 2015, at least 306 Blacks were killed by the police. The Washington Post, which maintains another roster, puts the numbers shot dead by cops at 258. That’s a lot for a country with 320 million people, of whom around 13 percent are Black.

A Guardian story notes that “despite making up only 2 percent of the total US population, African American males between the ages of 15 and 34 comprised more than 15 percent of all deaths logged this year (2015) by an ongoing investigation into the use of deadly force by police. Their rate of police-involved deaths was five times higher than for white men of the same age.”

Contrast that with India, where the National Law University (NLU) in Delhi recently reported 385 death row inmates, of whom 35 percent were OBCs, 25 percent SC/STs, and 21 percent minorities (the rest were upper castes). These totals closely mirror the proportions of these communities in India’s total population, suggesting that there is no major skew against the minorities or Dalits when it comes to judicial verdicts, though the statistics on lesser crimes may well show a bias.

According to the National Crime Records Bureau, crimes against scheduled castes (SCs) by non-SCs (which means upper castes and OBCs) totalled 47,064 in 2014, roughly 1.7 percent of the total crimes reported in that year.

It is entirely possible that crimes are better reported in the US than in India, where unreported crimes may be more than what is reported. But even assuming this, there is no doubt that racism is as big a problem in America as casteism in India.

But unlike India, where the media often goes to town over anti-Dalit atrocities, and where the international media anyway gives India a bad press on its treatment of women and Dalits, America is seldom put under the scanner for its own human rights transgressions.

In 2012, Black Lives Matter became a movement to allow Afro-Americans to fight back against discrimination and cop violence, not to speak of White violence in general. It was during a Black Lives Matter protest over the killing of two Afro-Americans in Baton Rouge, Louisiana, and Minnesota by the police, that a former Afghan war veteran, Micah Xavier Johnson, killed five Dallas cops, and Gavin Long, a former marine, killed three in Baton Rouge. While the Black Lives Matter protest itself was peaceful, it is also likely that wanton killings of Black youths in cop encounters has radicalised some, leading to revenge attacks on the police.

The problem is that White America is in denial about the racism that lurks in large sections of the population, and some of this surely permeates some of the police forces. This denial is often achieved through a relabelling of White crimes as specific to a deranged individual, while jihadi attacks are labelled as Islamist terrorism and Black retaliatory crimes as racist.

Chauncey DeVega, writing in Salon last year after the Ferguson and Baltimore Black “riots”, suggests that Americans seem unable to see why Blacks are on the streets rioting against them. He says: “(White) America is a country with a limited historical perspective and a very short-term memory…”. They are in denial about why young Afro-Americans have moved to street protests to fight for their rights.

Today’s Americans do not want to be reminded of the fact that White settlers resorted to extreme violence and genocide of the American Indians, and this attitude permeated White attitudes towards Blacks too. He writes that “rioting” and “race war” was endemic to American Whites, and cites the case of the 1863 New York City riots, when “White people ran amok, killing Black Americans and destroying African-American community’s churches, orphanages, businesses and schools.” In 1924, another White pogrom, “destroyed the prosperous Black community in Tulsa, Oklahoma.” The White killers used machine guns and bombs against hapless Blacks, says DeVega.

That Whites do not indulge in such pogroms anymore does not mean the underlying racist rage is gone. One can easily surmise that at least some of the White cop killings of unarmed Blacks may have been driven by subliminal racism?

This narrative may upset Whites who may genuinely have moved on, but they can’t live in denial that such Americans exist too.