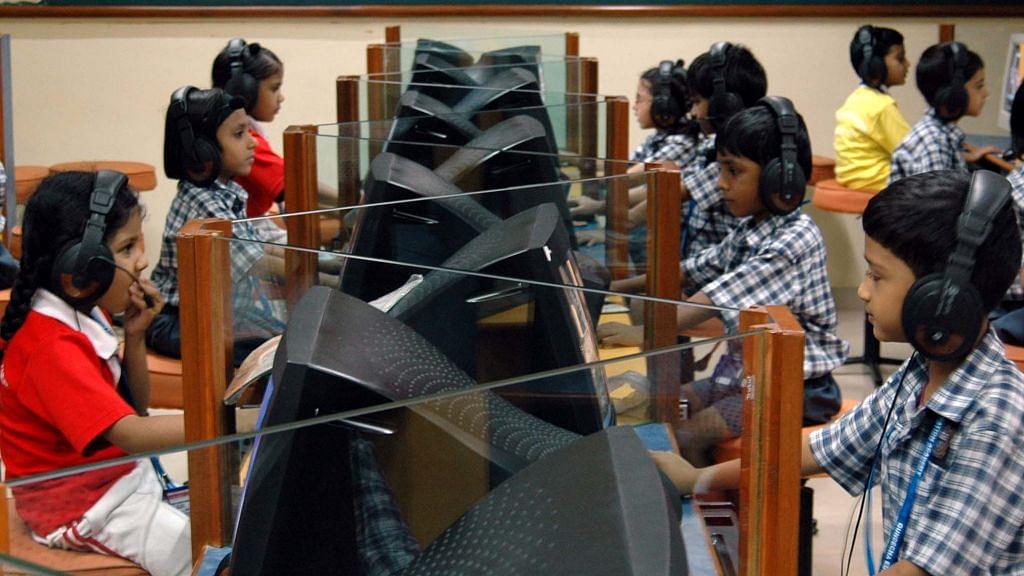 In early 2016, NITI Aayog announced a revolutionary programme under which Atal Tinkering Laboratory (ATL) will be established in schools identified for this purpose. ATL was conceived as part of the larger objectives of the Atal Innovation Mission (AIM) to promote entrepreneurship as a means of large-scale job creation. In response to the announcement, more than 13,000 schools applied by the 20 July 2016 deadline.

Eventually, more than 900 schools were selected in three tranches of 257, 200 and 484 schools. Each of the selected school would receive Rs 20 lakh (Rs 10 lakh to establish the lab and Rs 10 lakh spread over five years towards consumables etc) grant. Many of these schools have now set up these laboratories and most others would too, soon. In July 2017, NITI Aayog announced a second phase for the ATL programme through an addition of 1,000 such laboratories to selected schools taking the number of ATL schools to approximately 2,000 by the end of 2017. We do not know if this is going to be a regular feature, but at this rate, the government is committing Rs 200 crore per year.

What Is An Atal Tinkering Lab?

An ATL consists of materials and tools to make tinkering possible. In this age, tinkering is heavily influenced by embedded computers – computers that are embedded inside gadgets, everyday objects, instruments, cars, toys etc, to help make such devices perform better. Apart from various types of embedded computers, the ATL inventory includes mechanical, electrical and electronic components and various types of sensors. Further, it includes fabrication tools including a 3D printer to help put together whatever gadget, invention or prototype the kid in school, may have in mind. ‘Tinkering’ is an interesting way to understand the world and its problems before finding potential solutions. As children, we tinker with things – pulling them apart to see how they work or putting things together to see what happens. Becoming an inventor is not an overnight process. It requires years of tinkering before you can invent something meaningful and useful.

Undoubtedly, an Atal Tinkering Lab is a great resource in a school. As great as, say a personal computer is, towards increasing efficiency at workplace. And just as a computer is useless without proper operating system and application programs, an ATL would be ineffective without knowledgeable and specialised guiding mentors. The tools and components of an ATL are new to a school environment and existing teachers cannot be expected to teach how to use them on two counts – it is not their area of expertise and they already have a full day teaching schedule to take care of.

There is also a minor challenge on how to incorporate the ATL in regular school schedule and activities, given the constraints of time, which is already allocated to teaching course subjects and established school activities. Should an ATL be utilised as part of SUPW (socially useful and productive work) subject or should it be commandeered for conventional science education activities, is a question before the school educators. Whatever be the choice of use, an ATL must provide hands-on skills to the students (today, programming embedded computers, making things etc, are considered useful and desirable skills) enabling “tinkering” and “inventioneering” resulting in improved knowledge and better understanding of textbook science that they already study, and that should lead to entrepreneurship in the long run.

Mentoring ATLs Through “Tech For India”

An ATL can meet the promised objectives only when suitable human resources are available to these labs, so that desirable skills could be imparted to the students and safe use of the tools can be assured under the watchful eyes of a competent instructor. One potential solution for optimum utilisation of the ATL resources is to engage recent engineering graduates and science post-graduates, with suitable and rigorous training, to create an army of ‘Tech for India’ mentor fellows, who could then be deployed in the ATL schools. Keeping the fellowship limited to a few years only has the double advantage of bringing fresh talent in the ecosystem and once the fellowship is over, the now trained and skilled mentor fellows could address and alleviate the commonly heard refrain of ‘unskilled and unemployable engineers’.

Without doubt, ATLs need expert mentors to be really useful. However, the potential goodness of an ATL has managed to evade a large number of government schools due to a plethora of reasons (lack of required space, uninterested school teachers and management etc). Only about 25 per cent of selected schools are government schools. While getting an ATL is nothing short of winning a trophy for a private school, the real losers are the students in government schools who face increased gap compared to their peers in private schools. The solution does not lie in some sort of ‘affirmative action’ during the ATL school selection process but in direct targeting of the students in government schools. A plausible model is to create a mobile Atal Tinkering Lab. An “ATL on wheels” together with expert mentors on board, could spend an entire day in a government school before moving to another deprived government school for the next day and so on and repeating this schedule on a weekly basis. A single mobile ATL unit could cater to six schools!

Funding “Tech For India” and “ATL on Wheels”

The demonstrated shortcomings of current model of ATL operations – absence of expert human resources as well as neglect of government schools, can be addressed either with additional funds (for funding ‘ATL on Wheels’ and to pay for expert mentors) or by forging a collaborative programme between philanthropic entities (such as Tata Trusts and others) and government agencies to address the problem.

A great example where such a model of engagement of young mentors has already begun to change the face of the nation at grassroots level, is the Zila Swachh Bharat Prerak (ZSBP) Fellowship Program supported jointly by Tata Trusts and Ministry of Drinking Water and Sanitation, under which 600 full-time fellows have been deployed to work closely with the collectors of a select 600 districts throughout India. A similar model could be worked out for the ATL programme also. There is an urgent need for alacrity in this matter or else a potentially useful programme could end in utter disaster.