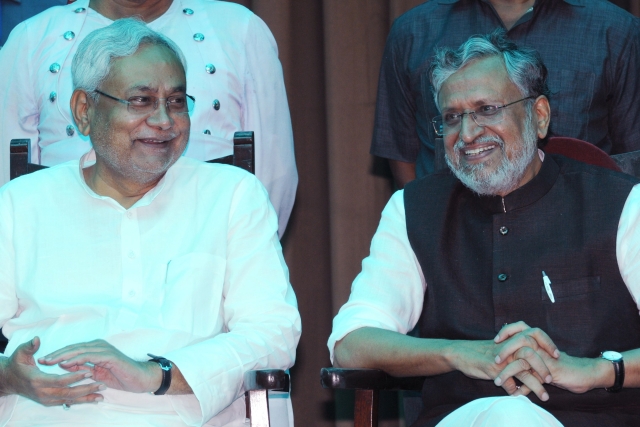 It has been argued in certain circles for some months now, that the manner in which states like Bihar have battled the Wuhan Virus, calls for a lifting of the ‘Bimaru’ tag.

As the latest epidemic data shows, the government of Bihar has acted in exemplary fashion to stem the spread of the contagion, and push festering clusters into sustained decline.

This is remarkable, considering that there were no sample testing centres in the state, when the first outbreaks were reported there in late March.

From those early days, and through multiple waves of infections, an aggressive effort to build up capacity now seems to be paying off.

As on date, the daily case counts show a declining trend. From a high of over 4,000 cases a day in early August, the numbers have been brought down to around 2,000.

This can be misleading at times; as seen in the case of Madhya Pradesh, a consistent decline reversed itself under the onslaught of fresh clusters (like in Gwalior).

But the important difference, in Bihar, is that the magnitude of reduction in daily case numbers is substantially more, along with reducing positivity and increased testing.

Indeed, as the chart below shows, the key factor has been the reduction in positivity. What that means in simple terms is that the health department is ahead in the race, even if there are multiple proliferations.

And for a state as large as Bihar, that means the epidemic is in check, and slowly being corralled, one ward and one panchayat at a time.

Note how the red daily cases curve, and the orange positivity curve, decline visibly in August, while the purple daily testing curve rises.

In late June, it was everyone’s worry that the Bihar numbers were perhaps not wholly representative, since there were significant fluctuations in both the daily case rates and in positivity.

Fresh clusters were being reported on a near-daily basis, and the fear was that things might spiral out of control.

That did not happen for one principal reason: the Bihar government ramped up testing levels dramatically from the last week of July onwards.

And that has made all the difference.

Today, the testing levels in the state are at a full one lakh per day, and holding. This is what has gradually pushed the case counts down. Naturally then, recovery rates have risen to 80 per cent in the state currently.

This in turn has reduced the load on the medical infrastructure, and mercifully taken some of the pressure off requirements for ICU beds and ventilators.

Now, these encouraging signs do not mean that the battle of Bihar is won. There are literally dozens of clusters still festering, across all districts of the state.

But apparently, Nitish Kumar and Sushil Modi seem to have devised an excellent formula, for targeting multiple epidemics effectively. The strategy is this: institute a disproportionately-high level of testing in selected clusters, in selected districts simultaneously, to ‘ring-fence’ them, and then move on to the next without fuss, alarm or PR.

It’s working: in East Champaran district of Bihar, with 4,381 cases, nearly one lakh tests have already been done, and recovery rates are up to 69 per cent.

In Purnia with 3,384 cases, nearly 80,000 tests have been done, and recovery is at 80 per cent. Patna — the largest cluster in the state with 18,683 cases, and the largest conurbation, has achieved a recovery of 83 per cent with over one lakh tests.

At the state level, positivity, which was at a high of almost 10 per cent at the end of July, and rising alarmingly fast, has declined consistently in the past three weeks to 5 per cent.

That is an amazing turnaround, effected solely by the systematic manner in which the virus was hunted down and trapped.

In contrast, the Mamata Banerjee government in adjoining West Bengal has only done about 60 per cent as much testing, with a larger number of cases (Incredulously, West Bengal is yet to institute a system of reporting tests by district on a regular basis, six months after the Wuhan Virus gripped our land).

The state’s case count is still rising consistently at a high level of over 3,000, positivity is at a strange, high plateau of over 8 per cent (an abnormal trend, since patterns from across the country show that the positivity curve goes either up or down, but rarely stays flat except when is some sort of mismatch between testing and containment).

The testing levels are still below 40,000 per day — inadequate, considering the plethora of clusters, and the state’s population size.

Further, considering the large-scale movement between West Bengal and Bihar, the risk of new clusters developing in Bihar will remain until the situation improves in West Bengal.

Indeed, West Bengal now remains the key to an easing of the epidemic in the Gangetic Plains, the East, and the North East.

The point is that there is a long way to go in Bihar before the contagion is exterminated, but the NDA government there appears to be on the right track, having devised a ‘ring-fence’ strategy of containment which works.

Your writer’s forecast, based on current data, is that even though fresh clusters would emerge in Bihar (it is inevitable), there is a high probability that the daily case count in Bihar could be down to near 1,000 by the middle of September.

In comparison, vainglorious approaches like the ‘Dharavi model’, or the ‘Kerala Model’, have been shown up to be grossly ineffective.

Perhaps, it is time for people like Uddhav Thackeray and Pinarayi Vijayan to set grandstanding aside, and adopt an unpretentious Bihari ‘ring-fence’ model instead.