Bringing The Cycle Back: Why India Should Embrace Bicycle-Sharing 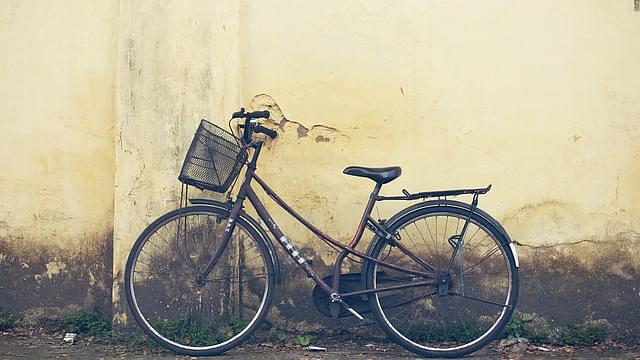 Cycling is not new to Indians. It’s time it made a return.

Our world is urbanising at an unprecedented rate, and while there are countless benefits of this modernisation, one cannot escape its side-effects. One such menace faced by our rapidly expanding cities is traffic and road congestion. Cities like Dhaka (Bangladesh) and Bengaluru (India) are known for their slow-moving traffic. The problem is, however, not limited to India or even Asian cities. Heavy traffic is associated with air pollution, safety risks, and losses in terms of accessibility, economic competitiveness, sustainable growth, and social cohesion. If we want our future cities to be attractive and sustainable, the question of mobility must be addressed.

Cities across the world are already experimenting with several ideas to address this problem. The idea of bicycle-sharing has recently become popular as well as successful. The solution essentially combines two ideas: shared use (carpooling and app-based cab services are already very popular) and environmental friendliness. Put these two together, and one gets bicycle-sharing – an innovation that combines the best qualities of both solutions.

2. Reduction in car use and road congestion: Research in North America has established that over 40 per cent of the people drove for around two hours less after the introduction of bicycle-sharing in their cities. Similar benefits can be expected for a country like ours, where traffic jam and congestion is increasing by the day. This, of course, would also require dedicated cycling lanes and facilities for cyclists such as safe crossing.

3. Economic benefits: It is now becoming clearer that bikes can lead to more vibrant and sustainable urban economies. Cycling can make everyday commute for people more efficient, thus making urban economies more productive. Bicycle-share systems address capacity constraints in cities by decreasing journey times and increasing workers’ access to the city, including the so-called “last mile, first mile” trips. Giving workers greater and more time-efficient access to the city can provide improved access to more suitable or higher-paying jobs. Another long-term benefit would be reduction in spending on healthcare as cycling has proven health benefits, especially for those with sedentary lifestyles.

4. Health benefits: There is barely any doubt about the health benefits of cycling over driving or taking a cab. A study by Portland State University’s urban planning school has also found that bicycle commuters win out over those who drive, take the bus, or walk when it comes to encouraging happiness. And as doctors have been telling us for ages, exercise contributes to how we feel about life.

5. Encourage tourism: Convenient transport systems make it easier for tourists to get around, which means they are more likely to spend money during vacations. Cities with robust bicycle-sharing programmes become a destination by virtue of their programmes; for example, New York and Amsterdam attract tourists who, among other things, want to experience cycling in these cities.

Waking up to such benefits, Indian cities like Bengaluru, Chennai, and Bhubaneswar have started toying with the idea now. And given India’s traffic conditions, bicycle-sharing is bound to help. According to data collected by Ola in 2016, the average speed of traffic in India was a mere 22.7kph, with Chennai ranking the lowest. It’s a similar story elsewhere in India’s cities, where one study suggests that almost half of all drivers spend more than 12 hours a week stuck in their cars. Yet another survey found that three of the 10 worst cities for traffic conditions were in India (Mumbai, Pune, and Kolkata).

The country’s capital, Delhi, too suffers from chronic congestion. About 537 cars and 1,158 two-wheelers are added every day to the national capital’s roads. Around 22 per cent of the total area of the capital is dedicated to roads and yet road congestion grows at a rate of 7 per cent every year. According to an Indian Institute of Technology, Madras study, traffic congestion in Delhi cost the city close to Rs 54,000 crore a year in 2013. This will increase to Rs 90,000 crore a year by 2030. This was the cost citizens and states paid in terms of loss of working hours.

The negative impact of cars on the environment only makes matters worse. Road congestion and traffic gridlock have not only led to economic loss in terms of number of productive hours lost, but seem to also affect people’s happiness and health. In IBM’s Global Commuter Pain Index, which ranked the emotional and economic toll of commuting in 20 international cities, Bengaluru and Delhi were ranked sixth and seventh in terms of commuter pain.

For example, in an attempt to solve the traffic crisis in Bengaluru, a green technology startup called Kerberon Automations came up with a bicycle-sharing system known as ATCAG (Automated Tracking and Control of Green Assets), an automated unit which automatically issues and accepts bicycles electromechanically. The pilot project ran with nine cycles at three locations in the central business district of Bengaluru in association with the Bruhat Bengaluru Mahanagara Palike (BBMP) and Directorate of Urban Land Transport (DULT), Government of Karnataka. The automatic system ATCAG will help immensely in popularising the concept, just like an an ATM machine. The system cuts wait time and human intervention, and makes it easier for commuters to use the system. Now the cities are moving towards single mobility cards and this system can be well integrated into that.

Mysuru was the first to introduce a bicycle-sharing programme, with the state’s Chief Minister riding a yellow “Trin Trin” bicycle at the launch. Registered users can borrow any of the 450 bicycles from 48 docking stations for a nominal fee. In Bhopal, users can register on their smartphones and unlock one of 500 bikes from 60 docking stations. The city now has 11km of dedicated bicycle lanes.

Cycling itself is not new to Indians. Even till a few decades ago, it was the preferred mode of transport. It fell into disarray, especially in big cities, due to the expansion of motorised vehicles. Thus, India already has a thriving bicycle industry in existence, which needs to be explored and encouraged to be part of the cycling revolution with the help of incentives, support infrastructure, and friendly government policies.