Come, See Madhya Pradesh, The Heart of India, From The Lens of Ramayana 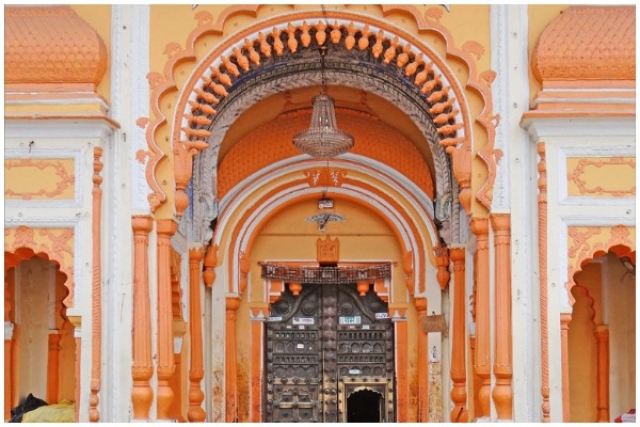 The modern state of Madhya Pradesh was formed on November 1, 1956. Today, this state completes 63 years.

Madhya Pradesh is a unique melting pot of various cultures and traditions from across India. It is not just situated in the centre of the country, it also represents the values and the principles of a strong, united India.

When Honourable Prime Minister Shri Narendra Modi spoke about the need for Indians to know more about the tourism treasures of the country in his Independence Day speech, I had started a new initiative on social media #Dekho_Bharat – an effort to bring out the best of Indian iconic places.

As part of this initiative, I had talked about several historic and religious places in Madhya Pradesh too – a treasure trove for anyone interested in heritage.

As India awaits the Honourable Supreme Court’s judgment on the Ram Janmabhoomi case and as Madhya Pradesh celebrates its foundation day, it is a good time to recollect how intricately Lord Ram is associated with this state.

We can create a big Ramayan tourism economy in Madhya Pradesh, which will bring together the Honourable Prime Minister’s vision of local tourism and enhance people’s knowledge of not just our history but also of our religious roots.

When Lord Ram went into exile, one of the first places he came to was Chitrakoot. He is said to have spent several months of his exile here. Chitrakoot is mentioned prominently in the Valmiki Ramayana.

It is here that many rishis joined Lord Ram as he conducted the shraddha ceremony for Raja Dashrath.

Chitrakoot is where the Ram–Bharat milaap took place.

Today, Ramghat and Janaki Kund on the Mandakini river remind us of the time Lord Ram and Ma Sita spent here.

Lord Ram then moved to the Dandaka forest, which is part of today’s Dandakaranya. This is where Shri Lakshman had his famous spat with Surpanakha, sister of Ravana.

Although now part of the modern day Chhattisgarh, this area was very much part of Madhya Pradesh in 1956 when the state was formed.

Lord Ram is then said to have moved to the other side of the Vindhya mountains and the Narmada river to reach what’s today Ramtek in Maharashtra. However, Madhya Pradesh retains other places of significance in Lord Ram’s story.

One such place is Orchha, where till today Lord Ram is worshipped as the king of the land. The Ram Raja mandir in Orchha is where Shri Ram sits in a Padmansana pose, crossing his left leg over his right thigh.

Devotees and tourists throng this place alike every year. Special rituals are held every day where chandan is applied to Lord Ram’s left toe.

The Ram Raja mandir was constructed by Ganesh Kunwari, the queen of the Bundel king Madhukar Shah Judev.

This temple dates back to 1575. It is said that the queen was an ardent devotee of Lord Ram and had gone to Ayodhya to bring Him to Orchha in his child-form. As she sat in meditation on the banks of River Sarayu, Lord Ram appeared in her lap and agreed to come with her on the condition that he will be the king of Orchha.

The Orchha royals since then have worshipped Lord Ram as their king. Even today, Lord Ram, the king of Orchha is guarded by a retinue of security personnel.

Another such place which has a rich collection of ancient temples is Morena. Going back to the Gupta and the Gurjara–Pratihara times, remains of several temples are found in this area.

One such temple complex in Padvali, close to Morena, has exquisite depiction of scenes from Ramayana, carved on the walls of the temple.

When Ma Sita was held captive in the Ashok Vatika by Ravana, a demoness by the name Trijata is said to have cared for her. She is said to have also saved Ma Sita from the wrath of Ravana while bringing her important messages from outside. A temple dedicated to Trijata is found in Ujjain even today, where she is worshipped as the saviour of Ma Sita.

The Ram Ghat in Ujjain, known as the kingdom of Avantika/Ujjayani in the times of Ramayana is an important ghat where devotees come in large numbers during the Kumbh Mela. It is said that Lord Ram had visited this area along with Ma Sita.

Ujjain is also home to Valmiki Dham, a tribute to Saint Valmiki who composed the Ramayana. Saints and followers of Valmiki live in this region on the banks of the Kshipra river.

The Valmiki Ghat is an important place of worship and taking holy dips in the river during the Kumbh Mela.

Tourism, especially religious tourism, can have a great impact on economic upliftment. Tourism also generates jobs and creates economic assets like hotels, transportation hubs and small businesses in the local area of the tourist attraction.

Madhya Pradesh can make big progress if tourism is given its rightful attention in the state.

On the foundation day of the state, I appeal to you to heed to Honourable Prime Minister Narendra Modi’s advice, and visit the wonderful state of Madhya Pradesh.

Come to the Heart of India, explore the richness and purity of Ramayana among other themes and you won’t be disappointed.