Covid Scorecard: In Group Of Pluralist Democracies, India Is An Outperformer 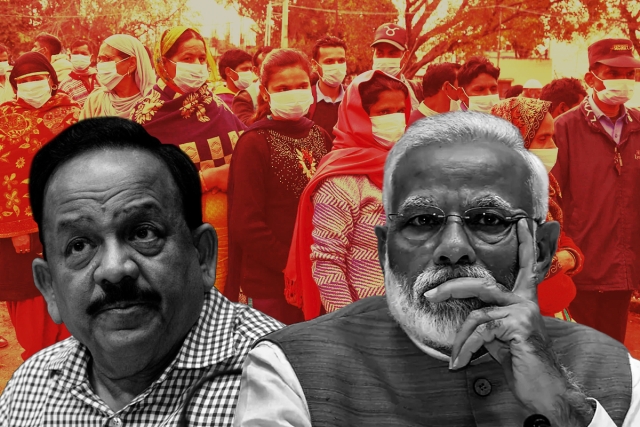 It speaks much for the data-innocence of the Indian media that something that is not a milestone is converted into one. Last week, when India crossed the 10 million mark in terms of cumulative Covid cases since early this year, many media outlets even helpfully suggested that this was the second highest total in the world.

Well, it should not be unusual for the world’s second largest country by population, and with poor healthcare infrastructure, to be the second highest in terms of Covid infections. The only irony in this number is that the country with the highest infection rate is the US rather than China, which, after unleashing this misery on the world, has managed to contain it very well through authoritarian means.

However, the 10 million milestone with an active caseload of just over 300,000, offers us a vantage point from which to judge our performance against that of the rest of the world.

In one line, we have done better than the world’s pluralist democracies, but worse than monocultural and/or majoritarian countries.

There are broadly three categories of performance, especially when one adjusts for population size. This is just a tentative grouping, and it is not without exceptions, but broadly speaking, the rich and democratic West, both the Americas and Europe – did significantly worse than India; undemocratic or monocultural Asia (China, South Korea, Japan) did significantly better; undemocratic or majoritarian (Islamist or Buddhist) in the Indian sub-continent, also did better. Only secular and Hindu Nepal did worse than India in our region.

Adjusted for India’s 1.38 billion population, not one of the 15 top countries in terms of Covid infections (see table below), from worst performer US (17.83 million cases so far) to Iran (No 15 with 1.16 million Covid cases), did better than India. India is the only country that seems to be flattening the curve of infections in this group of 15 (see here).

In monocultural or autocratic Asia and the Indian sub-continent, China, Japan and South Korea did significantly better than India, with South Korea, with just 50,591 infections (cumulatively), faring the best. More multi-cultural, but authoritarian Singapore, did worse. If Singapore’s 58,422 cases had been scaled up to India’s population size, its numbers would be in the region of 13.8 million – much higher than India’s 10.03 million as at the end of 20 December.

The interesting differences are in our sub-continent, where the two Islamist nations, Pakistan and Bangladesh, and Buddhist Sri Lanka fared significantly better than diverse India, with total cases of 438,968, 500,703 and 37,261 respectively. Hindu, secular Nepal had 253,772 cases, which when scaled up to India’s population size would work out to 12.07 million.

The tentative conclusions – which need validation by more scientific studies – are the following:

One, non-diverse, monocultural or authoritarian cultures seem to have performed much better than diverse democracies.

Two, among democratic and diverse populations, India is actually a great performer.

Three, overtly majoritarian cultures like Pakistan’s or Sri Lanka’s also seem to have done much better.

Four, Singapore, which has both diversity and an authoritarian culture, has not done as well as one would have expected, even given high state capacity to enforce its laws.

Five, an additional factor that could have influenced outcomes is low immunities among the wealthy countries. Where healthcare is good, the population may have lower immunity levels as it is used to clean water and a healthier environment. Populations with poorer water and air quality and degraded environments seem to have better individual immunity to the virus.

The differentiating factor in Covid performance seems to be this: non-authoritarian and diverse cultures have had a tougher time battling the virus, as enforcement of protective measures and compliance with government diktats are lower.